The USA Network’s Miz & Mrs. is a new reality series starring WWE’s The Miz aka Michael Mizanin and his adorable family! The show takes inspiration from many other reality shows as it’s full of happiness, fun, and drama, but it comes in a WWE-wrapped package!

Things are bound to get very entertaining, thanks to Michael “The Miz” Mizanin’s fun and eventful life! His new reality show, Miz & Mrs., will take you on an inside journey through the life of these two WWE stars, behind all the lights and fights.

The new show also surrounds the life of The Miz’s wife, Maryse Ouellet, and their baby girl, Monroe Sky Mizanin. It will delve into the couple’s new-found parenthood, too.

From getting a good look at the Mizanin’s home and baby shower to catching up with all the regular things they too have to put up with, Miz & Mrs. has something different to offer to everyone.

The Miz has got to be one of the most-loved WWE stars in the franchise today. He is a professional wrestler known for riling up fans with his infamous catchphrase, “Because I’m the Miz, and I’m awesome!”

Born on October 8, 1980, in Ohio, The Miz, 37, has a stepfather and two half siblings after his mother, Barbara, remarried.

You may have first recognized him from MTV’s The Real World: Back to New York in 2001, and then subsequently in it’s spinoff series, Real World/Road Rules Challenge from 2002-2005. He appeared on a couple other MTV spinoffs of the hit reality show before becoming a contestant on Fear Factor in 2006. That’s when he decided to launch his career as a wrestler. 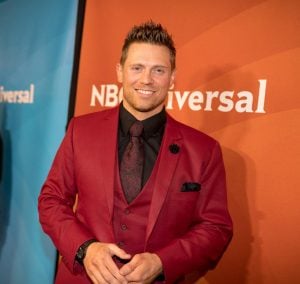 He began his WWE career in 2003 as The Miz. Although he was a part of Tag Team Challenges for most of his career, The Miz is also known for a WWE Championship win after a Money in the Bank ladder match. In fact, at one point, he had three major belts to his name and was quickly gaining notoriety in the WWE world. The Miz became the 25th Triple Crown Champion in the company’s history and the 14th Grand Slam Champion. His popularity continued to soar and he is still considered one of the ten more prolific pay-per-view performers in WWE history.

Throughout his career, The Miz has also appeared on shows like WWE Tough Enough, Ghost Hunters, Deal with It, and Total Divas on E!

Actually, he can credit the WWE for that is where is eventually met the love of his life. He married fellow WWE star Maryse Ouelett in 2014, after the duo shared the limelight as the infamous “It Couple” of the wrestling world.

Born Maryse Ouellet, the Canadian wrestler is from New Brunswick. She was reportedly the only girl in her class in high school, and ran the school’s fashion show. She even began developing her own makeup line.

Maryse began her modeling career after she won the Miss Hawaiian Tropic pageant back in 2003. She came in second the following year in the international finals of the same pageant.

Her WWE career began in mid-2006 when she tried out for WWE Diva Search. Maryse’s fame began building from there, and she became known as the woman who managed The Miz’s career after a decade in the industry. 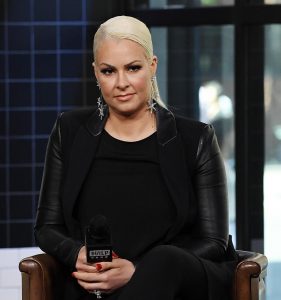 In 2016, Maryse helped her husband during the WWE Intercontinental Championship by slapping Zack Ryder’s father, who was sitting in the front row. It was then that she became The Miz’s manager, along with being his wife.

Maryse then welcomed their daughter, Monroe, on March 27, 2018, and is now back in action with their new reality show.

By the looks of Miz & Mrs. trailer, The Miz’s mother-in-law, Marjo, also seems to be an important part of the show, as well.

Marjo is active on Instagram and has shared the latest news on the reality show, too. She lives in Montreal, Quebec, and appears to have worked in the hospitality industry. 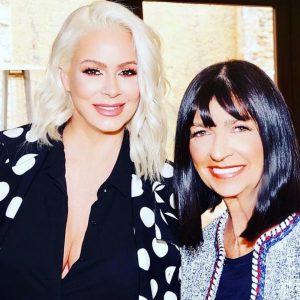 Her Facebook profile suggests that she worked for the Hotel-Dieu de St. Joseph St. Basile in New Brunswick.

As for The Mitz mom? Barbara Pappas has two other sons, Peter and Carl, from her second marriage. Mr. Pappas passed away 21 years ago.

She studied at West Tech High School and then attended Cleveland State University, where she graduated with a degree in psychology. 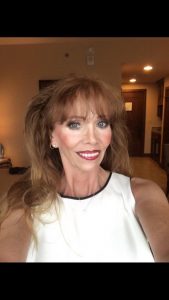 She is currently single, or so her profile suggests, and is very happy for her stunning family!

Check out a sneak peek of the six-episode series, Miz & Mrs below; it looks every bit as funny as it does entertaining, especially with The Miz hanging up his belt for a new role as father! Don’t miss the premiere on July 24 on the USA network.