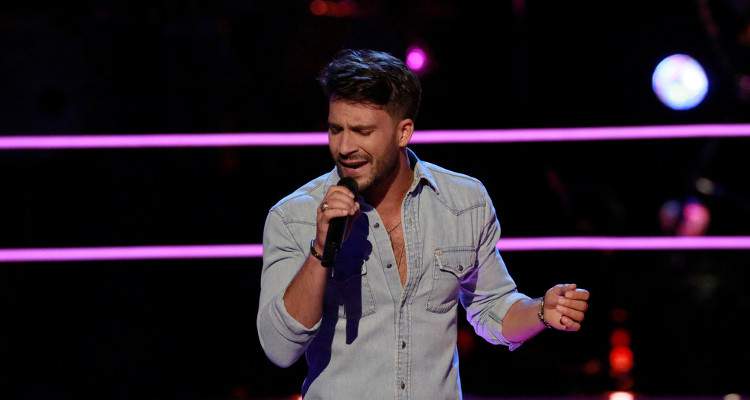 Mitchell Lee is one of the most popular contestants on The Voice season 13. He is a member of Team Blake. His blind audition caused three of the four chairs to turn, as he serenaded the judges with his own rendition of the hit classic, “Hold My Hand.” The competition is getting tougher and a lot is expected from this young, talented man.

Season 13 of The Voice premiered on NBC on September 25, 2017. Blake Shelton and Adam Levine returned as coaches for the reality show yet again, however, Gwen Stefani and Alicia Keys were replaced by Miley Cyrus and Jennifer Hudson. Mitchell Lee, The Voice season 13 contestant is being talked about a lot lately. He is one of the most popular contestant this season. His brilliant performance during the audition brought the spotlight on him and a lot has been expected from him since then. We’ve got a few interesting facts about him, right here in our Mitchell Lee wiki.

Mitchell Lee’s age is 29. He is from Columbia, South Carolina but currently lives in Nashville, Tennessee. He works as a woodworker in Nashville and builds custom furniture. Recently, he started renovating a shuttle bus into a tiny house/songwriters lounge. Mitchell Lee’s family was always in favor of him taking up music as a career. Earlier on, he had decided to go to military college at Citadel in Charleston and had plans of attending dental school. However, his mother always saw him as a rock star. About three weeks before he graduated, he got the terrible news that his mother had passed away. Mitchell was devastated because he knew that he had disappointed her by his choice of wanting to become a dentist. So, after graduation, he chose to pursue music. He put together a band and performed around Charleston. The remaining members of the band weren’t taking things so seriously, so he decided to move to Nashville in an attempt to make it on his own.

While details of Mitchell Lee’s Instagram account aren’t available yet, he is active on Twitter and is a regular user. Mitchell Lee’s pics can viewed on his twitter account, where he also tweets regularly about his experiences and journey on The Voice 2017.

Mitchell Lee is definitely a promising contestant on season 13 of The Voice. The audience is touched by his story of him pursuing music just to fulfill his mother’s dream. That by itself shows a sensitive side to him and emotions are what make a true musician. His voice reflects feelings and that’s what’s needed from a good singer. Here’s wishing him luck, let’s hope the odds are in his favor!