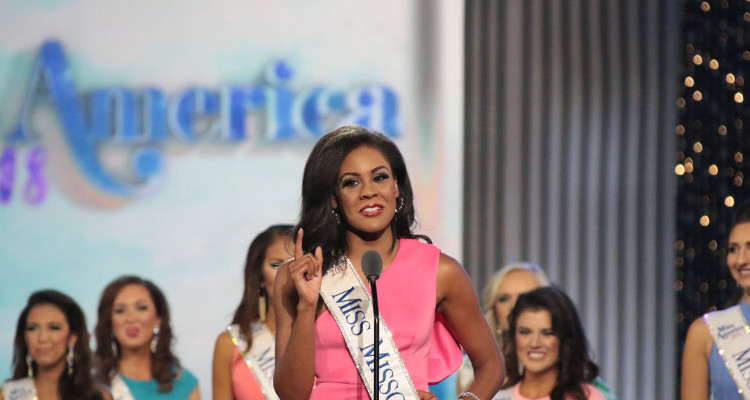 Missouri will be rooting for Jennifer Davis as she takes part in the Miss America 2018 pageant on Sunday, September 10, 2017. The 23-year-old has a good head on her young shoulders and believes that diversity should be celebrated, not suppressed. She loves to sample other cultures and learned how to do a Bollywood dance routine like a pro. Davis is confident that she will be her usual relaxed self as she competes for the crown.

Jennifer Davis is a contender for the Miss America 2018 crown, which is scheduled to be held on Sunday, September 10, 2017 in Atlantic City, New Jersey. She already won the Miss Missouri 2017 crown on June 17, 2017 after a grueling four-day competition among many beautiful women. Davis was competing for the fifth time, but said that it was well worth the wait. She started competing at the young age of 19 and her determination, hard work, and never give up attitude finally paid off! Davis broke into a smile and said, “It was all worth it. I feel so blessed and humble, and I never gave up on my dream.” People want to know more about her, so we have some details from Jennifer Davis’ wiki.

Jennifer Davis’ age is 23, and she is very close to her family. In fact, right after winning the title, she asked to see her mother. Jennifer Davis’ family was at the venue to encourage her and were overjoyed when her name was announced as the winner. Her friends were also there to support her and celebrate the good news. She may be young, but Davis is quite wise for her age. Her platform was “United We Stand, Divided We Fall —Diversity Matters” because she believes that if someone is different, it does not mean they are not special. Davis even wrote a book, Diversity Matters to spread the message that no matter what color, sexual orientation, or disabilities someone has, they are important.

Putting on Her Dancing Shoes

Davis also has a fun side. For the talent round, she did a Bollywood dance to “Naacho Re.” She started learning Bollywood dance as a way to exercise and have fun at the same time, “I began it simply for the exercise and fell in love with the culture.” Davis is currently attending college in Colorado where she is studying to be a physician assistant and work in pediatric oncology. However, she plans to take a year off for her Miss Missouri duties. “I am packed and ready to move back home. I plan to be the best Miss Missouri I can be.” Davis’ parents, Nicole and Steven Davis, fully support this decision.

There is no information on Jennifer Davis’ boyfriend so whether or not she is single is unknown. However, given her intelligence, maturity, and beauty, we would not be surprised if she has people lining up around the block! Anybody who wants a better look at the new Miss Missouri should head to Jennifer Davis’ Instagram account. It is full of pretty pictures of Davis with her friends, other contestants, and kids. There are also a lot of pictures of posters of the Miss Missouri and Miss America pageants. Davis looks very happy and confident and will put her best foot forward in the prestigious Miss America contest where the stakes are even higher. The competition is hot, but Davis is sure to keep her cool!