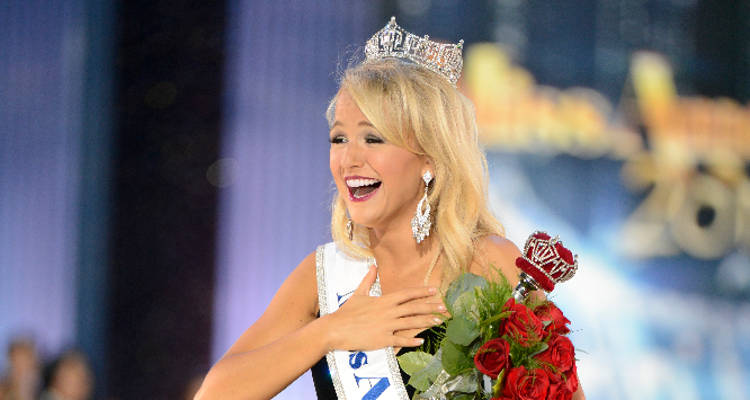 On Sunday night, Miss Arkansas, Savvy Shields was crowned Miss America 2017, after being the judges pick out of 52 contestants which were narrowed down to the top 15. Miss South Carolina, Rachel Wyatt was announced as the first runner-up by hosts Chris Harrison and Sage Steele. Naturally, everyone is interested in knowing more about Savvy Shields (who was crowned Miss Arkansas 2016) and are searching the internet for photos of Savvy Shields. So, if you’re looking for Savvy Shields’ pics, you’ve come to the right place. Here are five photos of the new Miss America 2017:

Shields is a 22-year-old student from Fayetteville, Arkansas. As a college senior, she is studying fine arts at the University of Arkansas. Miss America 2017, Savvy Shields wowed the judges with her talent, which was a jazz dance routine to “They Just Keep Moving the Line” from the hit TV show, Smash. The talented dancer hopes to be a backup dancer for Beyonce one day.

Congratulations to our new @MissAmericaOrg, Savvy Shields from Arkansas! She was predicted as a Top 5 Finalist in our most recent Blog Post! We know she will make the most amazing Miss America as she serves for the next 365 days and promotes her Platform: Eat Better, Live Better! ???? #missamerica #mao #missamericaorg #savvyshields #missarkansas #fourpoints #eatbetterlivebetter #missamerica2017 #pageant #pageants #pageantry #pageantgirl #pageantqueen #congratulations #theresheis

After being crowned Miss Arkansas last year, Shields won the prize money of $25,000 and post her victory at the Miss America pageant, she will be awarded $50,000 as scholarship money. America’s sweetheart has already won a devoted fan following for her great personality. She is known to read all of her fan mail and even posted a message to her fans online which read, “Handwritten letters and countless text messages later, to say that I have felt loved this week is the understatement of the century. Thank you so much to everyone for the calls, texts, face times and good vibes.”

And here is your #MissAmerica Top 15! Congratulations! ???? -MAO

THERE SHE IS! Your Miss America 2017! I couldn’t be happier. Savvy, you absolutely deserve this and I have full confidence in you to be an incredible representative! Love you so much already! ????????❤️???????? #theresheis #savvyshields #welcometothesisterhood

The former Miss Arkansas 2016 was asked about her thoughts on the 2016 Democratic presidential candidate Hilary Clinton, to which her reply was, “If you’re trying to be leader of the free world, everything you say and do matters. And all of your actions are held to a higher standard. And unfortunately, the media does love to sensationalize everything. It’s hard to decide what is truth and what is truly scandal. Both of the contestants have done a great job.” Wow, we’re impressed!

The Miss America 2017 pageant was held at the Boardwalk Hall Arena in Atlanta City and was aired live to viewers all across the world. The competition included contestants representing all 50 states of America, as well as the District of Columbia and Puerto Rico. This year’s pageant even featured an openly lesbian contestant, Miss Missouri Erin O’Flaherty.