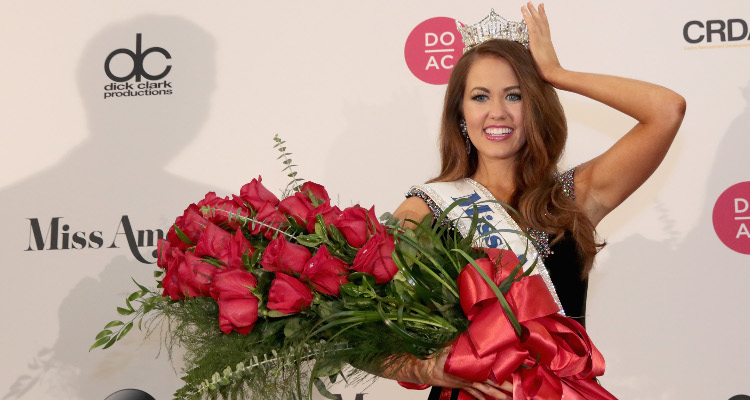 If you are wondering who won Miss America then meet Miss North Dakota: Cara Mund! The 97th Miss America pageant took place on September 10, 2017, and this year’s glittery crown was won by the blue-eyed beauty! If you don’t know who she is, then here’s an official introduction to Miss America 2018 in our Cara Mund wiki!

If you watched the Miss America pageant last night, you know all about Miss North Dakota, Cara Mund. If you missed the pageant, then we have all the information you need about the beauty who beat the 50 other contestants to win the coveted crown! Read on to know all about Cara Mund’s wiki.

Born in Bismarck, North Dakota, Cara Mund’s family is related to Victoria Woodhull, leader of the women’s suffrage movement and first ever female presidential candidate. Cara walks a similar path, as she wants to become the first elected female Governor of North Dakota.

Cara Mund’s parents were there for her winning moment and could not have been more proud of their little girl achieving so much success on such a huge platform. Cara’s mother battled cancer three times, and one of her friends lost the fight, which propelled her to bring awareness and find a cure for the disease.

According to her LinkedIn page, the 23-year-old went to Century High School where she was nothing less than a charmer. Cara was her senior class Vice President, National Honor Society President, Spanish Club Vice President, a cheerleader, and the recipient of a Coca Cola scholarship in May 2012.

Cheers to furthering my education! ?In May 2016 I graduated with honors from @brownu. After my year of service as #MissNorthDakota, I will be able to afford law school because of my #missamerica scholarships! ❤️ #Circa2013 #cheerleading #education

Miss America 2018 graduated from Brown University with a B.A. and wants to attain her Juris Doctorate. Cara’s passion for politics led her to work at the United States Senate Office in 2016, in Senator John Hoeven’s office.

Miss North Dakota has been participating in beauty pageants since she was a little girl. Like many girls across the nation, she wanted to win the crown. She competed four times before winning it this year!

#TBT to my shimmer tights, big bangs, and ballet slippers. I've been dancing my way through life since 1996! The next stage I'll dance on is the #MissAmerica stage ❤️ #MissNorthDakota

Cara Mund brought a beautiful purpose to the Miss America stage though her ‘Make-A-Wish Passion with Fashion’ platform, where she supports 23 children in North Dakota. She has been a part of the noble cause for a decade now, and loves giving back to society.

#MondayMotivation is knowing that as #MissNorthDakota and hopefully #MissAmerica, I get to inspire the lives of our youth every single day! ❤️ #futureleaders

She raised more than $78,000 to make sick kids’ wishes come true by organizing a fashion show every year since she was 14. She toured schools before the Miss America pageant, and wants to help children now more than ever! Cara’s charitable heart earned her the judges’ votes, America’s hearts, and most importantly, the coveted crown.

Cara Mund’s love for jazz and contemporary dance took her a long way in the competition, and she has been at it for 18 years. After high school, she became a self-employed choreographer and received recognition from prestigious national dance competitions. She trained with the Radio City Rockettes for four summers and has now danced her way into the hearts of the American people!

Cara Mund’s talent round in Miss America 2018, was a jazz performance to “The Way You Make Me Feel” by the King of Pop himself, Michael Jackson. She wore an adorable fedora, and tuxedo jacket, securing her win! 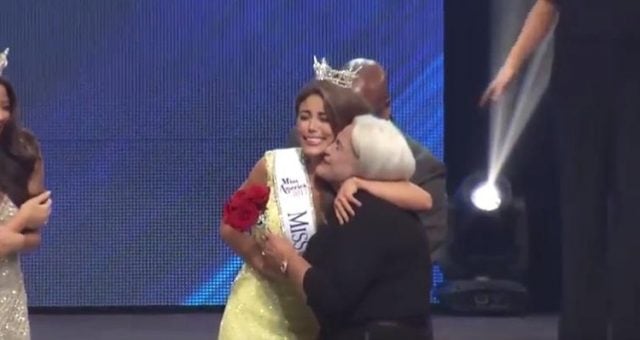 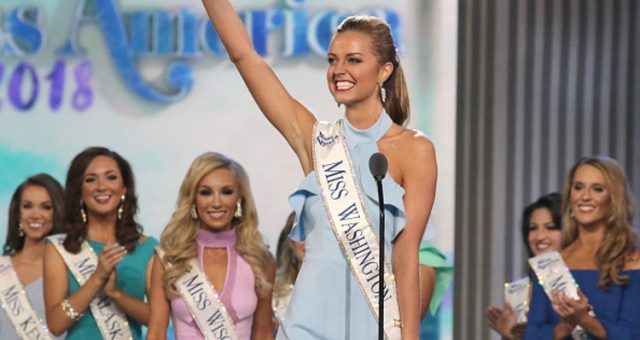