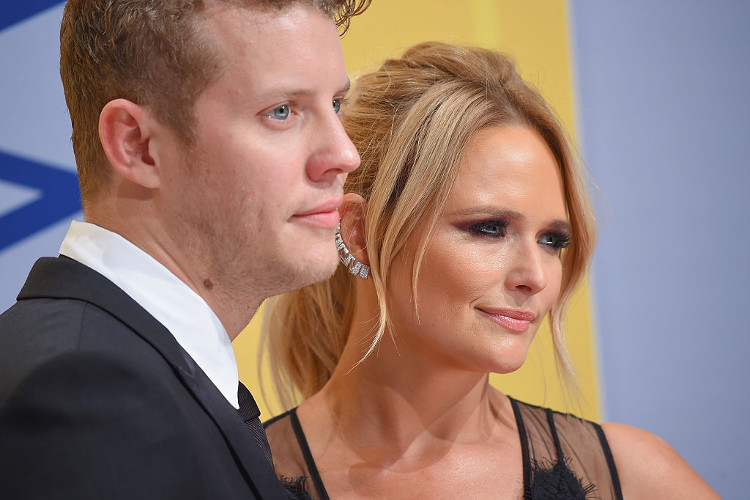 Miranda Lambert was arm-in-arm with boyfriend, Anderson East, at the 2016 CMA Awards where she was nominated for Female Vocalist of the Year. This is the singer’s first boyfriend she reportedly cheated on ex-husband, Blake Shelton.

Country singer Miranda Lambert wowed the audience at the 2016 CMA Awards with a stellar performance of her new song, “Vice.” The meaning and lyrics of “Vice” are speculated to refer to Lambert’s divorce from Blake Shelton, after rumors surfaced that she cheated on him. At the CMA Awards, Lambert arrived with her boyfriend of 11 months, Anderson East. Since her dazzling performance on the CMA stage, many questions about Lambert have come up, including who is Miranda Lambert? Who did she cheat with? Did she get a nose job? Also, is she pregnant? Here are some must-know facts about Miranda Lambert, including her net worth and tattoos.

In 2015, Forbes ranked the 32-year-old singer in the 95th spot on the Forbes Celebrity 100. Her net worth at the time was a whopping $45.0 million. Forbes has named her among the top-earning country musicians in the world after she raked in about $18.0 million in 2016. It’s still $10.0 million less than her income in 2015 but enough to land her a spot on the Forbes’ Country Cash Kings list.

Besides her music sales and endorsement deals with the likes of Red55 Wine and Pink Pistol, Lambert earns from other business ventures. She launched a shoe line in 2014 and also has a line of affordable clothing. She’s currently in the process of starting her record label.

Following her divorce from Blake Shelton, Lambert paid $3.4 million for a 400-plus acre farm in Tennessee. She retained the Nashville mansion they lived in worth over $2.2 million.

Who Did She Cheat On Blake Shelton With?

Lambert began dating Shelton in 2006, and they tied the knot in 2011 in a ceremony held at a Texas ranch. After almost a decade together, the couple announced their divorce in 2015. Since then, speculation started that Lambert’s infidelity was the cause of the divorce.

Aiding the cheating rumors was Shelton dating fellow The Voice judge, Gwen Stefani who was also recently divorced at the time. Stefani divorced her husband, Gavin Rossdale after he reportedly cheated on her with the family’s nanny. Following Stefani’s footsteps of dishing details about unfaithful spouses through song lyrics, Shelton released the song “Came Here to Forget.” With lyrics like “Keep salting the rim, getting even with her/And with him before the night is over” speculation rose that the album allegedly has to do with Lambert cheating on him.

It is said that Shelton called off their marriage after he learned of Lambert’s infidelity. After November 2nd’s CMA Awards, people are suggesting that Lambert cheated with R&B musician, Anderson East while she was married to Shelton. Lambert and East officially revealed they were dating in December 2015. There were rumors that Lambert is pregnant with Anderson’s child but the rumors were false.

Reports about Lambert going under the knife have been doing the rounds for a long time. The award-winning singer’s appearance has dramatically changed over the years, including an extreme loss of weight and a more defined nose. So did Lambert get a nose job or liposuction? The answer is, she hasn’t. Lambert took to her website to refute claims that she has gone under the knife.

“Though I NEVER care what the tabloids have to say about me… I wanted to address this certain story they are running this week and set the record straight. I DID NOT have surgery to lose weight. That is ridiculous. I lost my weight the healthy and good old fashioned way. Watching what I eat and working out with my trainer Bill Crutchfield.” said Lambert.

She may not have gone the cosmetic surgery route to losing weight, but her nose is still a matter of contention. Many still believe she has got a nose job, as those rumors were not addressed by Lambert.

Her Father was A Private Investigator

Lambert’s father, Rick Lambert, was a police officer who played in a country band. He later started a private investigation business with his wife, Beverly Lambert. They struggled to make ends meet, but their business picked up when their firm was hired to work with the legal team of Paula Jones —the woman who filed a sexual harassment case against Bill Clinton.

Lambert’s tattoo of two pistols with wings on her left forearm was her first tattoo. She confessed that her father was upset about it, and cried when he saw the tattoo. In 2015, she got a unicorn tattoo for her 32nd birthday.

The morning after… #bday #willthiswashoff

Miranda Lambert’s next album, The Weight of These Wings is scheduled to be released on November 18, and is now available for pre-order.