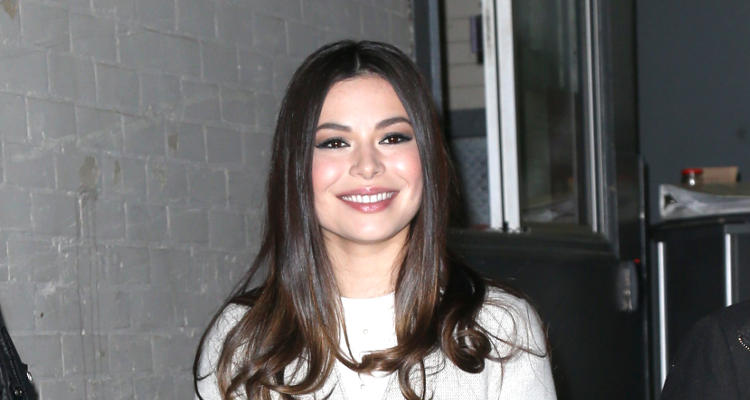 Cosgrove was born on May 14, 1993 to a father who owned a dry cleaning business and a homemaker mother. She was raised in the ‘City of Angels’ Los Angeles, California. She started her career at the age of three, when she began appearing in TV commercials. An agent spotted her dancing and singing on tables in a restaurant and approached her family. Soon Cosgrove was appearing in commercials for McDonald’s and Mello Yello. When she was seven Cosgrove realized that she loved working in show biz and started auditioning for theater and TV roles.

Her debut film School Of Rock hit the box office bulls-eye straight away earning almost $132.0 million. Her role as the rebellious band manager of the classroom’s rock band got her noticed in Hollywood. Her next big break was landing a role in the Nickeldeon TV series Drake & Josh where she played their naughty younger sister. She later appeared in movies such as Yours, Mine and Ours and Keeping Up with the Steins. She also acted in several Nickeldeon and animation series that kept her career graph rising. What made Corgrove big was her starring in the sitcom iCarly. The show’s innovative format wherein viewers can send in their own videos clicked with the young audience it was targeting. By 2008, iCarly was the third highest rated show among audiences in the 9-14 age group.

Finding her Own Voice

Her debut album iCarly, the TV show soundtrack, did moderately well on the back of singles “Leave It All to Me” and “About You Now.” Subsequent album releases like Sparks Fly and High Maintenance got her entry into the Billboard Charts. By now people were asking “What is Miranda Cosgrove’s net worth?” It is $8.0 million and counting. Songs like “Dancing Crazy” written by Avril Lavigne are starting to enter the Billboard pop charts marking her as an adult voice to watch out for. In 2012, Cosgrove appeared with the rest of the iCarly cast in the season’s finale, aptly titled iGoodbye.

Now that Cosgrove is a grown-up she is fast shedding her child star image. Of late the Internet has been awash with Miranda Cosgrove’s bikini pictures. Her bikini outbreak has Cosgrove partying around beaches and swimming pools having fun. She dated actor James Maslow and the couple were inseparable for a couple of years. She also joined University of California where she is studying film. This way she can get an education and still perform, which means she is getting the best of both worlds.

Cosgrove supports several children’s hospitals to promote their efforts in treating children. She is creating awareness for ‘leukemia’ and ‘blood cancer’ as a spokesperson for the Light the Night Walk organization. With a pretty head on mature shoulders, Cosgrove is showing everyone that you can do it all. Singing, acting and helping others, Cosgrove is blooming right now.