Mindy Stearns may be familiar as “The Rooster Lady” or for her role in Princess Diaries. Or perhaps even for interviewing celebs on the red carpet. But by her own admission, her biggest achievement is being the CFO (Chief Family Officer) of the Stearns Family. Married to the Undercover Billionaire, Glenn Stearns, they are known as Newport Beach’s Power Couple after their many reality TV appearances. Off camera, Mindy has been by Glenn’s side through his cancer battle and his career. Our Mindy Stearns wiki reveals more about Glenn Stearns’ wife.

Born Melinda “Mindy” Burbano on September 29, 1968 in Gallup, New Mexico, she was raised in Forest Grove, Oregon. She is the only daughter of two children born to Dr. Eric and Joyce Burbano.

Happy Birthday Mindy! So many good times down and so many more to come! #birthday #hotmama #celebrate #goodtimes

Dr. Eric Burbano is a reputed dentist in Forest Grove. Mindy revealed in 2019 that her father served in the U.S. Navy for a year. After recovering from an illness, he served as lieutenant commander in the public health service following graduation from dental school.

He served as a dentist to Coast Guard members and Native Americans in Gallup when Mindy was born. He was later a dentist in Dillingham, Alaska where Mindy’s brother, Martin “Marty” Burbano, was born.

While Mindy’s career took her to many new places, her parents and brother still reside in Forest Grove. Martin lives with his wife and kids there and has a dentistry practice.

Mindy Burbano graduated from Forest Grove High School in 1986. She attended the University of Oregon in Eugene and the Oregon Health & Science University in Portland.

She lists an assortment of jobs she worked at the start of her career on her Facebook. She was working as a bookkeeper at a local supermarket in the late ’80s. Burbano then spent six years as a dental hygienist at her dad’s practice.

Burbano moved to California where she had a stint as an entertainment reporter with KTLA from 1997 to 2004. She reportedly quit KTLA when the station wouldn’t allow her to participate in The Real Gilligan’s Island with her husband.

She would, of course, go down in entertainment history as “The Rooster Lady” when Oprah Winfrey discovered her talent to make uncanny animal sounds. Her viral moment snowballed into more career opportunities, including covering red carpet events.

Her barnyard animal noises also attracted the attention of director Garry Marshall, who cast her as Princess Mia’s gym teacher on The Princess Diaries. She has appeared in Sabrina: The Teenage Witch, Handy Manny, and 7th Heaven, and narrated for Bridezillas.

In recent years, Mindy Stearns has been focused on philanthropy and supporting causes close to her. With the goal of preserving the country’s natural landscape, she became a board member of the National Parks Foundation in 2018. Her activism has earned her several honors.

Besides managing other new businesses, Mindy made her podcast debut as the cohost of Friendsome and Then Some in 2020.

Mindy Burbano and Glenn Stearns met in 2002, at a blackjack table in Vegas’ Palms casino. They parted ways after their fleeting encounter without exchanging contact details. 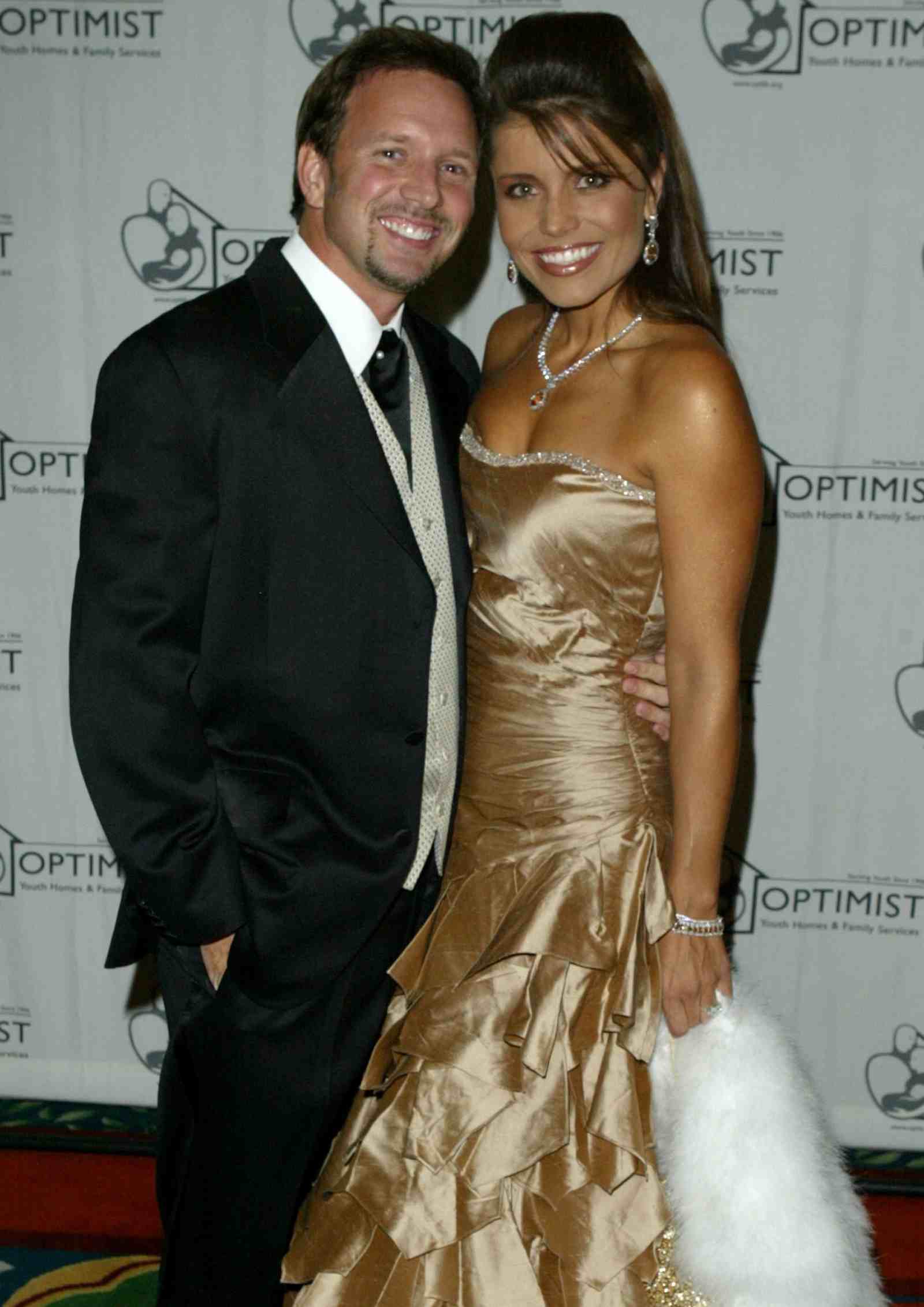 A few days later, Stearns recognized her as the entertainment reporter for WB. Smitten, the entrepreneur emailed her news station and got in touch with her.

They have been together since. Stearns proposed to her on-air while she was filming a segment in Southern California. Stearns brought the $12.0 million estate where the proposal went down, and it served as their wedding venue when they tied the knot on October 11, 2003.

Mindy gave birth to their daughter, Brooke, on October 13, 2005. Stearns’ eldest child, Charlene, was born when he was 14 from his relationship with a woman named Kathy. He also has three sons, Skyler, Colby, and Trevor, and two daughters and grandchildren.