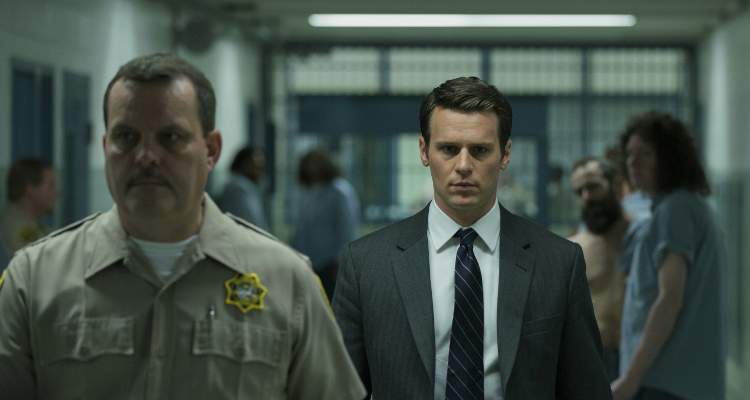 Mindhunter season 2 was green-lighted even before season 1 premiered on Netflix. Mindhunter is a gripping web series that delves into the ways the FBI tried to use psychology to catch serial killers in the late 1970s. It is based on the true lives of FBI agents who laid the groundwork for many police procedures that are standard today. Mindhunter is a nail-biting and white-knuckle ride into bloody madness.

When a series is renewed for a second season even before the first season premieres, you know that the makers have a winner on their hands. This is exactly what happened with the series Mindhunter, which debuted on Netflix on Friday, October 13, 2017.

Mindhunter is an American crime drama web TV series. It is based on the true crime book, Mind Hunter: Inside the FBI’s Elite Serial Crime Unit written by John E. Douglas and Mark Olshaker.

Mindhunter is produced by acclaimed director David Fincher and Hollywood actress Charlize Theron, among others. The second season of Mindhunter was green-lighted in April 2017.

People who have watched Mindhunter season 1 are wondering, “Is Mindhunter based on a true story?” So, we will tell you all about Mindhunter and give you a Mindhunter review of season 1, right here.

Mindhunter is set in 1977, in the early days of criminal psychology and criminal profiling at the Federal Bureau of Investigation (FBI). It revolves around two FBI agents, Holden Ford (Jonathan Groff) and Bill Tench (Holt McCallany), who regularly interview serial killers locked up in prison so that they can understand how such dangerous criminals think and apply this knowledge to solve ongoing cases.

Both characters are based on real-life FBI agents who actually worked on such cases involving real serial killers.

Holden Ford gets deeper and deeper into cases involving serial killers, and all the accompanying publicity goes to his head. He develops a massive ego and begins to believe that he is a hotshot special agent who can bend the rules because he believes that the end justifies his means. Success goes to Ford’s head, and he does anything he can to put away violent criminals.

At the end of Mindhunter season 1, the action shifts to Adairsville, Georgia, where the main suspect in the murder of a 12-year-old girl named Lisa Dawn Porter is about to walk for lack of clinching evidence. Agents Ford and Tench fly to the city to make a last-ditch effort to nail the suspect. Ford gets carried away in trying to stage the interview room and fills it with all the items that Porter was wearing in the last moments of her life.

Then, Ford takes the stakes higher and has an inappropriate conversation with the suspect, Gene Devier (Adam William Zastrow), where Ford appears to have an unhealthy interest in the anatomy of young girls. Devier feels comfortable enough to admit that he was attracted to the little girl Lisa Dawn Porter.

Then, Ford gets to the point by quoting serial killer Ed Kemper and says, “You got to make it with that young p***y before it turns into Mom.” Ford then shows Devier the murder weapon used to bludgeon Lisa Dawn and Devier finally confesses to his heinous crime.

Ford then visits the serial killer Ed Kemper who is angry at him that Ford has ignored his many letters. Kemper had tried to commit suicide to get the attention of Ford, but survived.

Kemper gives gory details of the women he has murdered and then stands up to hug Ford who is confused. Ford can’t take the stress anymore and runs out of the room before falling on the floor and having a panic attack.

Ford had been warned by his superiors and loved ones not to get so involved with the serial killers, but he had ignored their advice. As he lies on the floor, all this advice comes back to him in a rush.

Based on a True Story

Mindhunter is based on a true story, and the three main characters are based on real people. The two agents Holden Ford and Bill Tench are based on real-life agents John E. Douglas and Robert K. Ressler.

Actress Anna Torv plays a psychologist who is based on Dr. Ann Wolbert Burgess. She is a scholar who studies trauma and the impact of abuse on victims, especially when it involves serial killers, rapists, and kidnappers.

Actors are also playing the roles of real-life serial killers like Dennis Rader and Jerry Brudos. The show isn’t about catching new serial killers but more about how Douglas and Ressler pushed the FBI to utilize psychology to better understand these type of killers and become more effective in catching them.

Thanks to the pioneering work by these two conscientious FBI special agents, America became a safer place for its citizens.