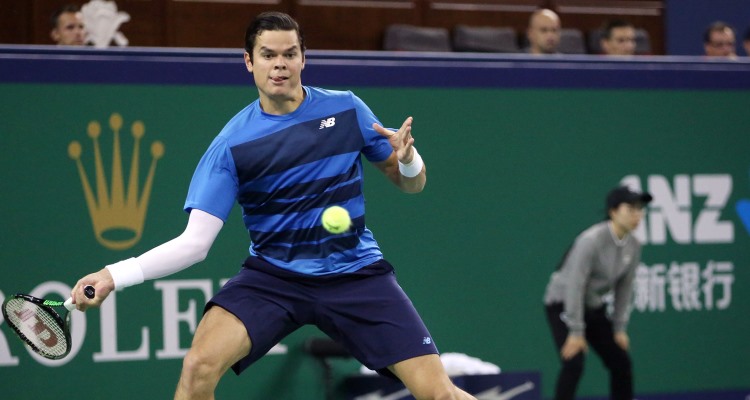 Raonic is making headlines all around the world right now, after his record-breaking victory as he defeated seven-time Wimbledon champion, Roger Federer, in the semifinals. This makes him the first Canadian to reach the Grand Slam men’s singles final.

The “crew” supporting Monaco in a big win! @RPiatti

Raonic was born on December 27, 1990, in Titograd SFR Yugoslavia and is of Serbian descent. His parents are both engineers: his father, Dusan, holds a Ph.D. in electrical engineering and his mother, Vesna, has a master’s and degrees in mechanical and computer engineering. Raonic also has two siblings (a brother, Momir, and a sister, Jelena) who are significantly older. Momir is nine years older than Milos and has a degree in information technology, while Jelena is 11 years older than him, with a degree in international trade and finance. But we think it’s safe to say that Milos won’t be following the family business anytime soon.

Milos and his family moved to Canada and moved to Brampton, Ontario back in 1994 due to political issues in the Balkans and to seek more professional opportunities. He proudly plays for team Canada and by the looks of things, he has done his country proud.

It’s good to deal so well with those difficult and important moments on court today. I put it all out there and it payed off. Tomorrow presents another challenge for me and it’s giving my all that will give me a chance to succeed and overcome! #TeamMilos @newbalance @nbtennis @wilsontennis @bnpparibasopen @atpworldtour #tennis #win #fight #LeaveItAllOutThere #DigDeep #OnToTheNextOne

Time out and about in amazingly mild New York weather. Whichever the weather, @canadagoose has me ready! #TeamMilos @danielleknudson1

Though Milos doesn’t have a wife, he does have a model girlfriend by the name of Danielle Knudson. Fans Raonic have been searching for “the Danielle Knudson age,” and “Milos Raonic girlfriend model.” Knudson is 25, from Red Deer Alberta (Canada) and is a model for Guess.