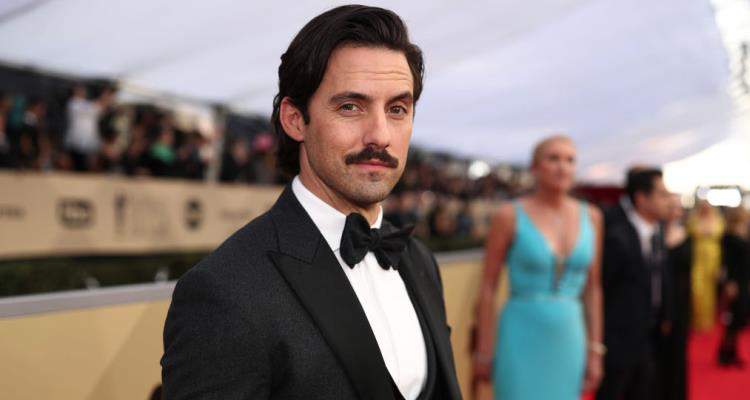 With the news of This Is Us airing on a special time after Super Bowl 52, fans have been anxious to finally learn how Jack dies. Word has it, the details may finally be revealed on Super Bowl Sunday! With Jack’s death being the topic of every This Is Us fan lately, everyone wants to know more about the actor who plays him in real life. More specifically, is the man who plays Jack really that swoon-worthy off-set? Does he even have a girlfriend? Sorry ladies, but it looks like he’s taken! Milo Ventimiglia’s girlfriend is a woman named Kelly Egarian. Who is she? Keep reading our Kelly Egarian wiki to learn more about her!

Kelly Egarian, age 31, is a marketing coordinator who was born and raised in New Jersey. Ventimiglia, 40, prefers to keep his private life to himself, so that’s why there’s not much known about him prior to his acting days. And we wouldn’t expect an exclusive sit-down interview with the couple anytime soon, either. She’s certainly not in the limelight and it seems like the couple want to keep it that way. Dating a celebrity is tough!

A source told InTouch, “He is very protective of her and their relationship… He’s wanted to be private about it because she’s not a celebrity. But this isn’t her first celebrity relationship — she also dated [’NSYNC alum] J.C. Chasez.”

And as for those Kelly Egarian pics? You can find them online, but you won’t find any personal photos, especially since Kelly Egarian’s Instagram doesn’t exist.

The two have apparently been together for some time now, having been first buzzed about after being seen together last year. The couple first made their debut at the Emmys in 2017, where the This Is Us star was seen kissing his beautiful date.

According to a source, they arrived together in a black SUV. “After getting out, she took some time to fix her dress while Milo was making sure he looked sharp,” the eyewitness said. “Before making their grand entrance on the red carpet, Milo leaned in and kissed her. It was sweet and cute. It was more than just a peck.”

While everyone and their mother is hoping for Ventimiglia and his on-screen wife Mandy Moore to get married for real, that’s not happening, ever. It has been reported that he’s dated his former Gilmore Girls co-star, Alexis Bledel and his former Heroes co-star, Hayden Panettiere, but said he wouldn’t do it again.

“It isn’t easy, but I go back to the work,” said Ventimiglia. “It would upset me if someone watching a show was thinking about me, Milo, as an individual at the supermarket or at a concert, wherever, and they’re not thinking about what the character is experiencing.”

“I don’t think of myself as anything more than a person who sits in the living room with you telling you a story,” he added. “I just happen to be in 16 million living rooms. So for me, I never want to ruin that experience so I try and keep my private life private and let the characters and the work be the experience for an audience.” Not a bad way to look at it!

Could Egarian be the one to start a family with her very own Jack Pearson? It’s too soon to tell but Ventimiglia has talked about having kids one day. He might get his shot at being a late dad, just like John Stamos!

When Does Jack Die?

As fans have learned from the show, Jack dies in a house fire sometime around the Super Bowl, but we don’t know the exact details. The episode will air on Sunday, February 4, after Super Bowl 52 and the actor told Entertainment Weekly that it will be an emotional ride, more so than usual. (Seriously, we are running out of tissues!)

“I really think people are going to have a hard time accepting it, but what they should know is that even when we do find out Jack’s death, it doesn’t mean that Jack goes away. That’s a good thing to remind people of — I’m not going away from the show, Jack is still around. There is still so much story to mine in this world of This Is Us.”

“I still say to people, ‘Focus on the man’s life and don’t show me at least how much you’re salivating for his death,” he added.

If you need us, we'll just be here staring at this photo. #ThisIsUs