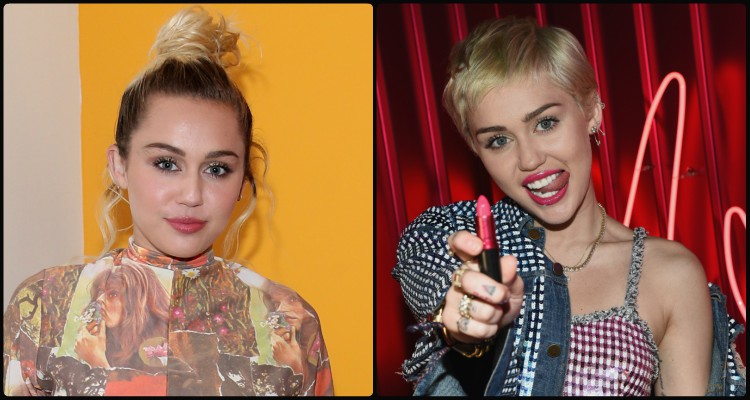 It feels like Miley Cyrus disappeared from the limelight for a while. But the 24-year-old “Wrecking Ball” singer is back again, and she spoke about what she is up to these days. Keep on reading to know what Miley Cyrus is doing now.

Over the last few years, Miley Cyrus was outspoken about her marijuana use. She made a name for herself as a wild child, who marched to the beat of her own drum. Now, she spoke out about turning over a new leaf and where she is at this point in her life.

Recently, in an interview with Billboard, Miley Cyrus opened up about being sober and revealed how she got back together with her ex-fiancé, Liam Hemsworth. About staying sober, the singer said, “This is crazy, but I haven’t smoked weed in three weeks!” (which is reportedly the longest she’s gone without it.) She further explained, “I like to surround myself with people that make me want to get better, more evolved, open. And I was noticing, it’s not the people that are stoned. I want to be super clear and sharp, because I know exactly where I want to be.”

"It's a brand new start… a dream come true… in Malibu…" Read more about my new music in @billboard on stands Friday May 5 miley.lk/BillboardMag

The former Disney star looks completely different. Gone is her short spiky hair, “barely-there” costumes, and her infamous twerking. Now, Miley Cyrus’ hair is longer and styled differently, and her bleached locks are now two-toned. If you take a look at Miley Cyrus’ Instagram pics, you can see her latest photoshoot embracing her country roots.

Miley’s relationship with Liam Hemsworth started back in 2010, when they met on the set of The Last Song. After a brief breakup in 2010, the rekindled couple ended things again in 2013. While speaking to GQ, Liam revealed that they “were going in different directions and it’s just what needed to happen. We were both super young and it was a good decision at the time –we both needed that.”

What is Miley Cyrus Doing Now?

Currently, Miley Cyrus is working on her upcoming sixth studio album, and is promoting its lead single, “Malibu,” which will be released on May 11, 2017. The music video was co-directed by Miley Cyrus and Diane Martel. The song is all about the city of Malibu and Miley’s love for Liam Hemsworth. The singer revealed that her latest album will have a different sound than we are used to. Miley Cyrus also spoke about her return to The Voice, saying that she is excited to work with country artists, despite them not taking her seriously. “I’ve got a tattoo of Johnny Cash’s autograph that he gave me when I was a little girl that says, ‘I’m in your corner.’ Dolly Parton is my f*****g godmother. The fact that country music fans are scared of me, that hurts me,” she said. Miley further added, “All the nipple pastie s**t, that’s what I did because I felt it was part of my political movement, and that got me to where I am now. I’m evolving.” Well, it’s seems like the wild, little Miley we once knew is finally growing up!