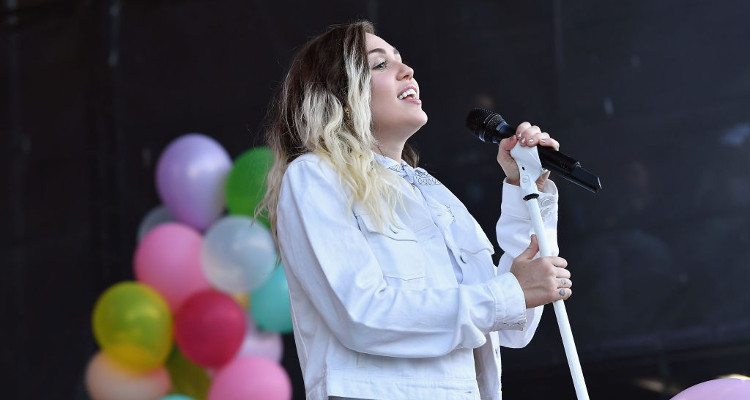 Miley Cyrus’ new album in 2017, Younger Now, is set to be released in September. She recently made the big announcement about her eagerly awaited release on social media and fans are counting down the days until they can hear Miley Cyrus’ new songs in 2017!

Born on November 23, 1992, Miley Ray Cyrus is an actress, singer, and songwriter. She was a child star, and started her career with a minor role in the film, Big Fish, as well as a few episodes of Doc. In 2006, she soared as a teen idol on the Disney Channel show, Hannah Montana. Around the same time, she signed a recording contract with Hollywood Records. In 2007, her debut studio album, Meet Miley Cyrus received a triple-platinum certification. Soon after, her second album Breakout was a hit among fans. Over the years, her image changed, and so did people’s opinion of the young star. However, her songs continued to be featured on charts all over the world, and fans cannot wait for Miley Cyrus’ upcoming songs!

Miley Cyrus’ upcoming album in 2017, Younger Now, will set the fall chilly air on fire with its new songs. Since the singer’s recent comeback, fans have high hopes for her new music. Miley Cyrus’ new album’s release date will be September 29, 2017, as announced on August 8 through a video on Twitter. In the video, she wore a studded leather jacket with the album name written in ropey script on the back, which is probably why she tagged her designer friend, Jeremy Scott.

After her hit single,”Malibu,” in May, fans all over the world cannot wait for Miley Cyrus’ upcoming songs. On June 9, she released “Inspired” as a promotional single, as well as “Younger Now” on August 18. It received an astounding response, much like “Malibu,” which peaked at No. 10 on the Billboard Hot 100.

In an interview, Miley’s father, Billy Ray Cyrus, gave out a few details about her new album. He said that she went back to her roots, and claims that her songs include an essence of the sounds that roar from the Cyrus household, which was frequented by songwriters like Carl Perkins, Waylon Jennings, Ed King, and Hank Cochran. These are only some of the artists that influenced the melodies in Miley Cyrus’ new album.

Over the years, Miley Cyrus has been all over the radar in terms of how she was seen in the eyes of the media and her fans. She was criticized on various occasions for her fashion sense and behavior. However, even with all the negativity thrown at her, she continued to work hard and rise above the drama, keeping true to her words: “I don’t want to be perfect, but I do want to be a role model. My mom always tells me that imperfections equal beauty. All of us are imperfect.”