Miley Cyrus seems to have taken a break from her busy life and taken a trip to India. Whether it’s for work or some R&R, we don’t know. But it looks like she’s enjoying her downtime!

Pop sensation Miley Cyrus was all over the place promoting her sister Noah Cyrus’ debut, participating in the Women’s March in Washington DC, as well as a lot more political activism, and hopefully planning her wedding with Liam Hemsworth! While she’s reportedly not working on new music at the moment, she certainly needs some downtime from her busy life. The 24-year-old is on a trip to the Asian subcontinent of India, and is excitedly posting about it on Instagram. Check out Miley Cyrus’ Instagram pics in India below. 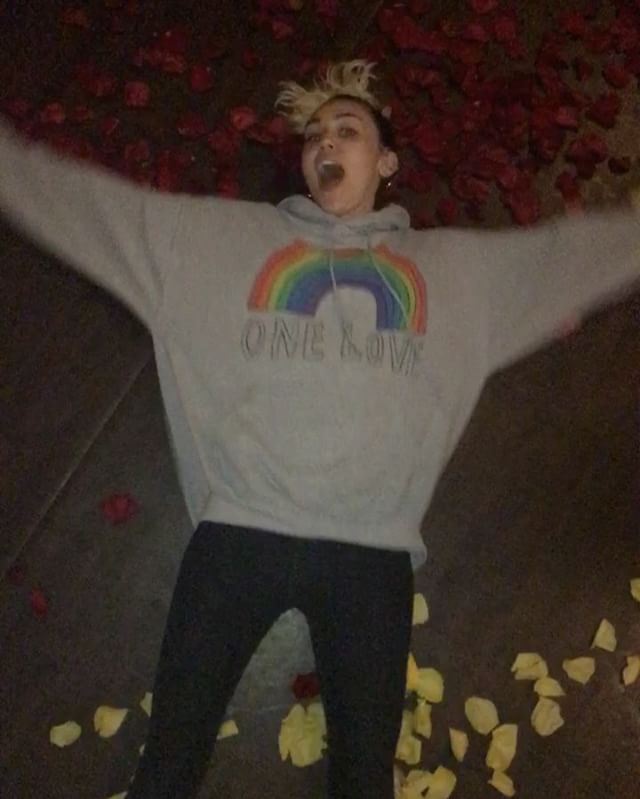 On February 5, Miley Cyrus posted a series of videos and images in India. The posts are in the Indian city of Mysore, the third largest city in India and one of the cultural capitals of the country. Cyrus’ posts are apparently in her opulent hotel room, where she participated in a “Puja,” a prayer ceremony in Hinduism, conducted by a Hindu priest in front of the picture of a deity.

Cyrus first posted a picture of her large room decorated with an assortment of pillows on an arrangement of mattresses. The black-tiled floor is littered with red and white rose petals, marigolds, and a row of lamps. 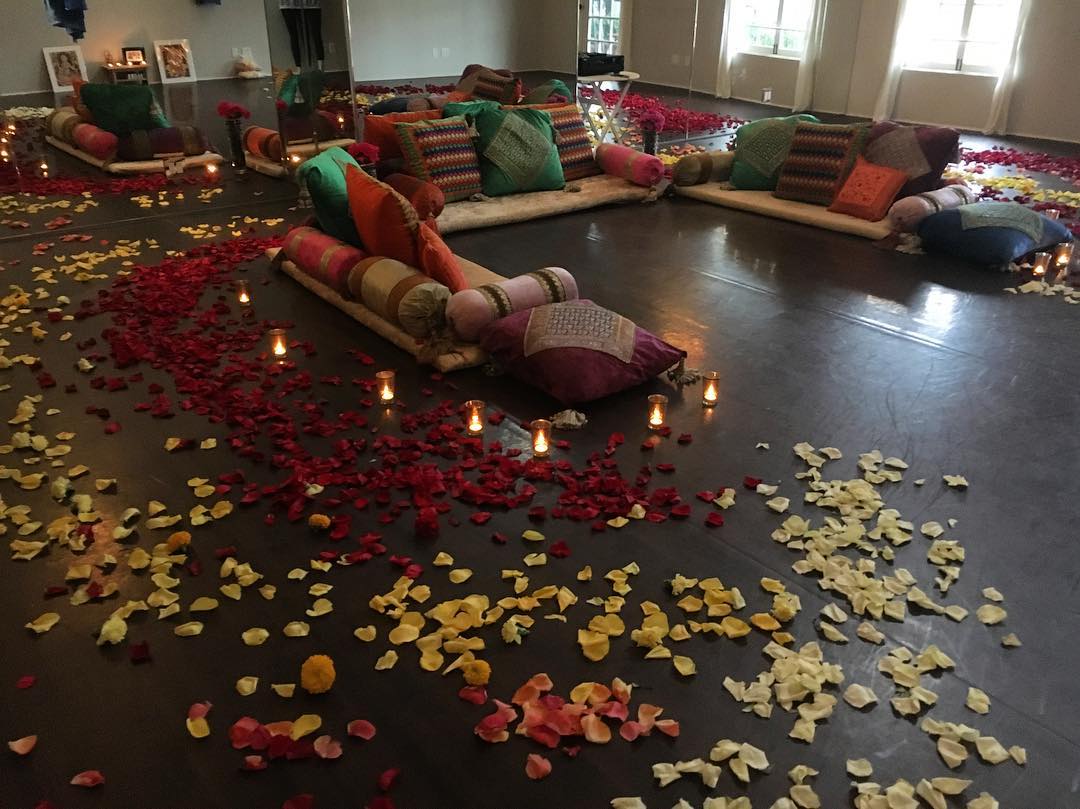 The latest photo of a Puja, shows Cyrus presumably sitting beside an offering of sweets and fruits. At the bottom corner of the post, a sheet of paper can be spotted, and appears to be the script of prayers recited during the Puja. 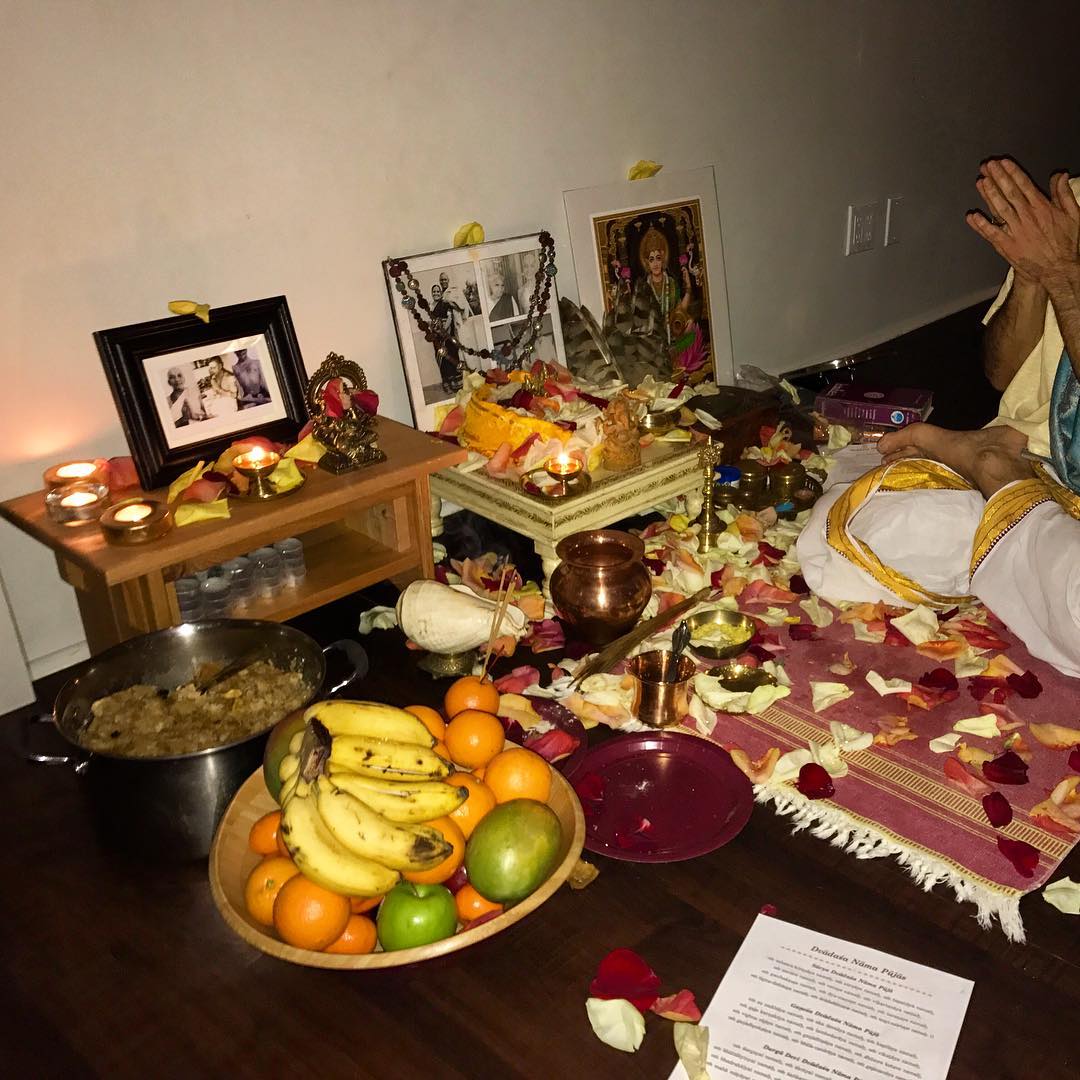 Cyrus got a huge wave of response from her 59.9 million Instagram followers. Her Indian fans are overjoyed by her openness to their culture, while her international fans are awestruck be her spirituality. Many are also wondering what brings Miley Cyrus to India.

Miley Cyrus and Justin Bieber are scheduled to perform in India. The duo will take over the city of Nagpur in May this year, much to the excitement of their fans. It could be possible that Cyrus arrived in India early to check on preparations and took the opportunity to relax.

It’s also been a long time since the “Wrecking Ball” songstress released Miley Cyrus and Her Dead Petz in 2015 which was made available for free streaming on SoundCloud. Following the release of her album, Cyrus was mentoring musicians on The Voice. At the same time, she revealed that she was also working on her sixth studio album. There’s currently no word on whether her upcoming album is completed, its tracklist, title, or release date. However, it could be possible, the former Disney star, who’s been known to experiment with genres, may be recording in India or shooting a music video there. 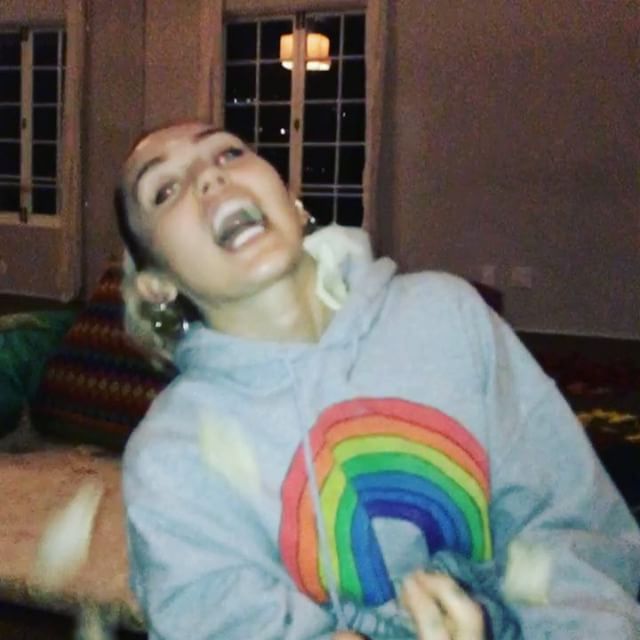