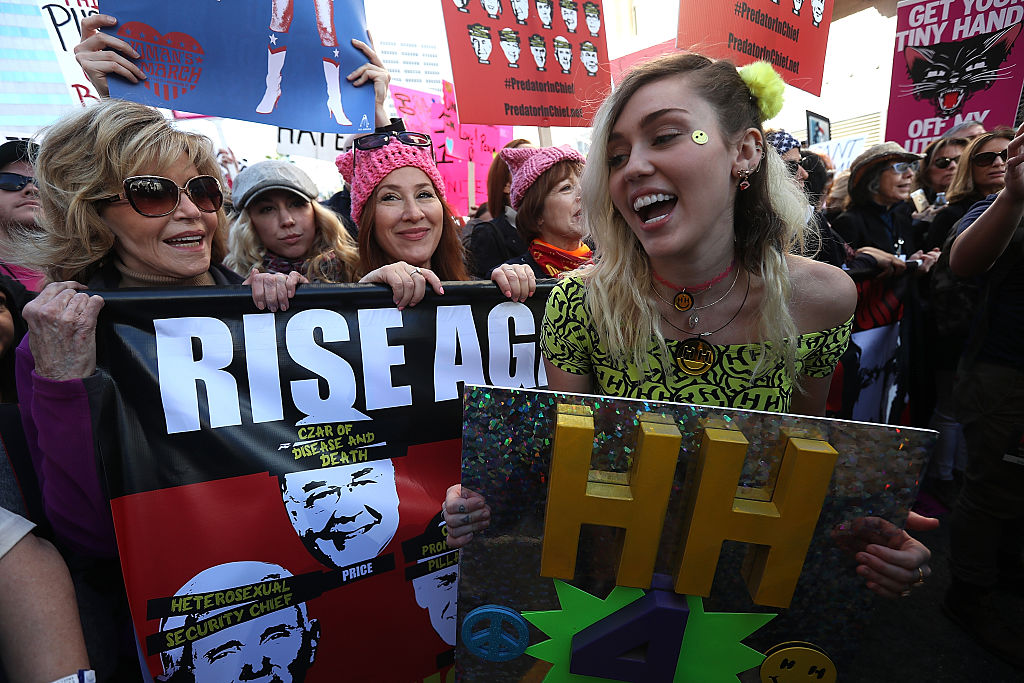 It’s another case of Miley Cyrus opposes Trump and once again, it’s personal. The Voice judge and singer is joining the Happy Hippie Foundation in going up against President Donald trump and his latest executive order.

If you’re a fan of a good old fashioned Miley Cyrus’ protest, then you will love her stance against Trump and his latest controversial decision. The post featured on her Instagram page is a note that contains the phone number to call in order to support trans youth who are at risk after Trump’s reversal of Obama’s protective order, allowing trans students to use the bathrooms of which gender they identify with.

The post goes further into discussing the real threat being “discriminatory policies that stigmatize vulnerable children and teens.” 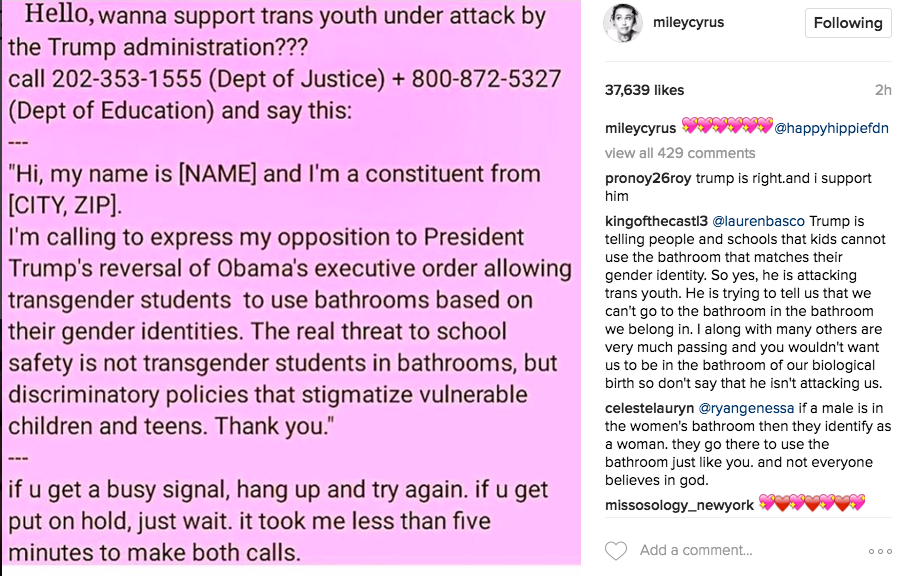 When it comes to civil rights for the LGBT community, Miley Cyrus’ Happy Hippie Foundation support never wavers, and the two are always working together to provide information, unity, and safety. Cyrus’ post alone had fans and critics with hundreds of polarizing comments and over 42,000 likes. There are people that still need to be educated on the issues, leaving Cyrus and other celebrities to seek help of the public.