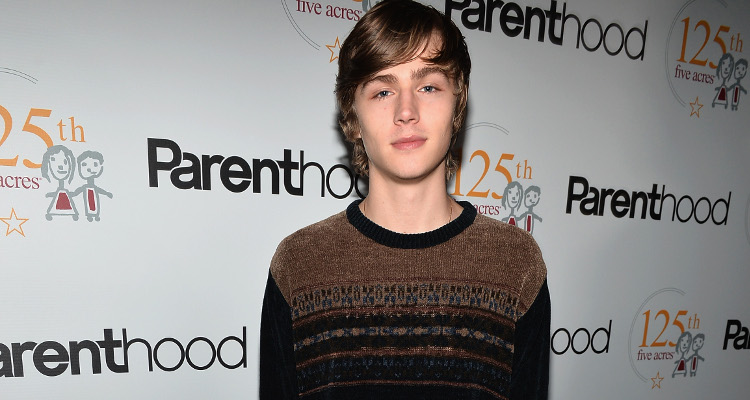 If you are following Netflix’s new hit mystery series, 13 Reasons Why, then the name Miles Heizer should be familiar to you. The 22-year-old portrays Alex Standall in the Netflix original show and has become quite the talk of the town! Miles Heizer portrays one of the main characters in 13 Reasons Why and is Hannah’s “third reason”—if you know what we mean. Read Miles Heizer’s wiki to know more about this charming actor.

Born on May 16, 1994, in Greenville, Kentucky, Miles Heizer’s mother is a nurse, and he has an older sister named Moriah. Heizer’s family moved to Los Angles, California when he was just 10 years old.

From a very early age, Heizer showed a talent for acting and became quite comfortable in front of the camera. He debuted his acting skills in an episode of CSI: Miami, titled “Nothing to Lose.” After that, there was no looking back for the young actor. He starred in the short film, Paramedic and guest starred in episodes of reputed shows like Ghost Whisperer, Shark, Bones, and Private Practice.

A lesser known fact about Miles Heizer? The 22-year-old actor has musical interests, as well. Two of his songs were even featured on the show Parenthood!

At the tender age of 12, Heizer played the role of Davey Danner in Rails & Ties (2007). He was nominated for the Young Artist Award for Best Leading Young Actor in a Feature Film for it. That same year, he signed on for a recurring role as “Joshua Lipnicki” on the NBC medical drama, ER.

In 2010, Heizer was cast as Drew Holt on the NBC drama series, Parenthood. He had become a well-known face by then. On the set of Parenthood, Heizer met Mae Whiteman, who played his sister on the show. The two bonded so well that they are best friends in real life now. While the show ended in 2015, Heizer and Whiteman still continue to give us all #friendshipgoals.

In 2015, he had a supporting role as Marshall Lovett in the drama-thriller, The Stanford Prison Experiment. The movie premiered at the Sundance Film Festival on January 26, 2015. Then in 2016, he starred as Tommy Mancuso in the film Nerve, alongside big stars like Emma Roberts and Dave Franco.

Standing tall at 5′ 10″ (1.78 m), Heizer is a dashing young man. His sharp looks and lean physique (with an emo touch) are crush-worthy for teenagers all over the world. But is Miles Heizer from 13 Reasons Why gay?

While Alex from 13 Reasons Why affirmatively has a girlfriend, we cannot say the same for Miles Heizer. For a long time, there was nothing known about Heizer’s dating life. He has not had a girlfriend, and no one stepped forward claiming to be in a relationship with Heizer. The star himself has never spoken out about his love life, but fans are happy to speculate.

friendly reminder that the actors alex (miles heizer) and justin (brandon flynn) from thirteen reasons why are dating in real life !! pic.twitter.com/Js7yWvRpNn

On another note, fans had conflicting feelings about Miles Heizer and his on-screen sister. Mae Whitman took to Instagram to post a picture of her and her Parenthood costar kissing. While some did not want to think of these on-screen siblings as unrelated actors, others liked the idea of Heizer and Whitman dating.

Also Read: Dylan Minnette Wiki: Facts to Know about Clay from “13 Reasons Why”

Whiteman captioned the post, “Happy National Kiss Your Brother Day everyone!!!” Though it seems that the two are not together, it looks like Heizer has a knack for stirring dating rumors with his costars.