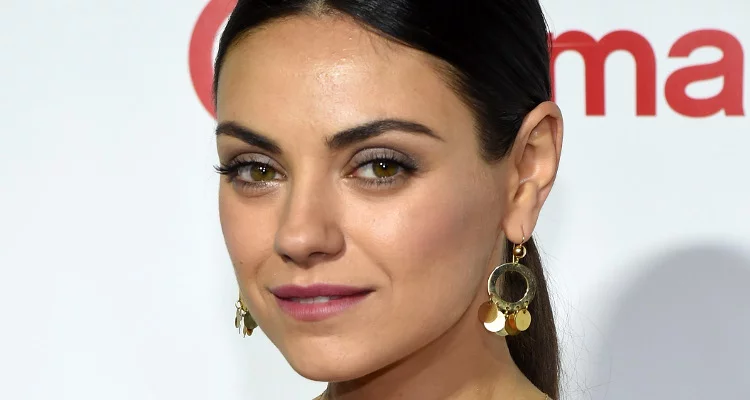 Born August 14, 1983 in Chernivtsi, Ukraine, Mila Kunis moved with her family to L.A. in 1991 when she was seven years old. At age nine, she was placed into after-school acting classes by her father, meeting her future manager, Susan Curtis, during these lessons. Her very first audition was successful, scoring an appearance in a Barbie commercial. Her first TV appearance followed in 1994, playing the character Hope Williams as a child on one episode of Days of Our Lives. Several other minor television and film roles followed, helping her build her portfolio at a very young age.

Her first major, perhaps life-changing role came in 1998 when she landed the part of Jackie Burkhart on the Fox sitcom That ‘70s Show. She actually won the role despite being ineligible; the person cast was reportedly required to be 18, but she was only 14 at the time. The staff eventually learned her true age, but decided to look the other way upon realizing she was the person best-suited to play the part. Kunis would continue to play the character for all 200 episodes of the show’s seven-year, eight-season run. Her performance as Jackie won her two Young Star Awards for Best Young Actress in a Comedy TV Series for two years straight, in 1999 and 2000.

One year after joining That ‘70s Show, Mila Kunis took on her other major television role, the voice of Meg Griffin on Seth MacFarlane’s hit animated comedy on Fox, Family Guy. Replacing Lacey Chabert from season two onwards, the character saw a slight revision before Kunis officially took over the role, which she won in part because of how well she was doing on That ‘70s Show. It also helped that she and Meg were both 15 at the time, making her voice a better fit. Kunis went on to be nominated for an Annie Award for Voice Acting in an Animated Television Production in 2007 for her performance as Meg, but unfortunately did not win. She continues to voice the character to this day.

In 2001, Mila Kunis began transitioning more into film roles, appearing in Get Over It as part of the ensemble cast. The following year in 2002, she saw her first real career hiccup when she played the lead role in the direct-to-DVD movie American Psycho II: All American Girl; as expected, the film was a huge flop, with even Kunis considering the movie an embarrassment. This was the same year she began her first celebrity relationship, dating actor Macaulay Culkin (the actor from the famous Home Alone movies). Her first time having a relationship in the public spotlight, Kunis worked hard to maintain the couple’s privacy. The pair stayed together all the way until 2011, though they reportedly remained friends following the breakup.

Following a series of forgettable film roles, including one that wasn’t even released in U.S. theaters, Mila Kunis enjoyed major box office success with 2008’s Forgetting Sarah Marshall, which she co-produced alongside Judd Apatow, whom she credits with helping her have a career beyond That ‘70s Show. Kunis also appeared in Max Payne that same year, and while it did well financially, the film was disliked by reviewers, with many saying she was miscast. But that still didn’t stop her.

Kunis was then cast as Cindy in 2009’s Extract, after director Mike Judge (of Office Space and King of the Hill fame) saw her performance in Forgetting Sarah Marshall, and as Solara in The Book of Eli in 2010. In both instances, she was noted for her standout performance, receiving a Teen Choice Award nomination for the latter.

Mila Kunis began being taken more seriously as an actress following her role as Natalie Portman’s ballet rival in 2010’s Black Swan. She trained extensively for the role, including a diet that saw her lose 20 pounds over five months (which she took back on after filming) and even suffered a torn calf ligament and dislocated shoulder during filming. “Everybody had injuries. But an opportunity like this very rarely comes about,” admitted Kunis. However, the work paid off, with the film receiving critical acclaim, including five Academy Award nominations, one of which was for Best Picture. Kunis herself was nominated for 15 awards related to the film, many of which were for Best Supporting Actress, ultimately winning four. Nominations included the Golden Globe Awards and Screen Actors Guild Awards, while her victories included the Saturn Award, which honors sci-fi, horror, and fantasy TV shows and films.

2011 was a bizarre year for Mila Kunis, beginning with the actress receiving surgery in January to address her chronic iritis, which had blinded her in one eye. Kunis was also one of the celebrities who had her phone and e-mail hacked in the later part of the year; the FBI investigated and eventually named a suspect, who later pleaded guilty and was sentenced to 10 years in jail. Around the same time, she was escorted to a U.S. Marine Corps Ball, accepting the invitation of a sergeant who asked her to attend via a YouTube video.

In 2015, Mila Kunis encountered another legal issue. A man who had previously been sentenced in 2012 for stalking the actress managed to escape from the California mental health facility where he had been residing. An investigation and search were initiated and the man was caught a couple days later.

Kunis’ most financially successful film was 2012’s Ted, directed by her Family Guy boss, Seth MacFarlane. It was in 2012 that she also began dating her former That ‘70s Show co-star, Ashton Kutcher—the two stars actually played an on-screen couple on the show, which made their real-life romance that much more perfect. They became engaged in early 2014 and in October that same year, Kunis gave birth to their healthy baby girl, Wyatt Isabelle. The celebrity couple married on July 4, 2015.

As far as Mila Kunis’ Hollywood career goes, she’s still on top. Her more recent roles include 2013’s Oz the Great and Powerful and Blood Ties, as well as 2015’s Jupiter Ascending. She’s also still voicing Meg on Family Guy and is currently filming the 2016 comedy Bad Moms alongside Jada Pinkett Smith, Christina Applegate, and Kristen Bell; the film is due in theaters on August 19, 2016.

In January 2016, it was announced that Mila Kunis’ production company, Orchard Farm Productions, would be teaming up with the creators of Gossip Girl on a new television comedy series, Made In LA, based on a memoir written by the founders of the fashion label Juicy Couture. The series will reportedly be developed for Freeform (formerly ABC Family).