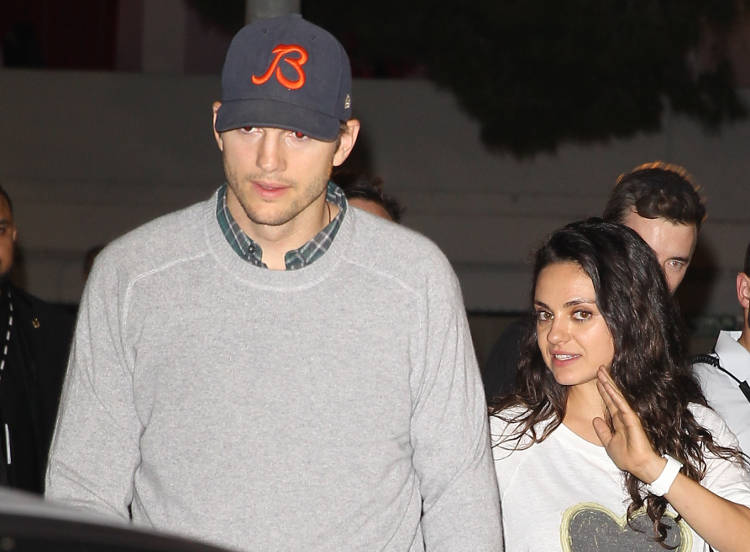 In a recent interview to promote her upcoming movie Bad Moms, Mila finally dishes the details about her relationship with Ashton Kutcher. Mila and Ashton started dating in early 2012 following their split with their respective partners. The 32-year-old Bad Moms star reveals that initially they agreed on keeping their relationship casual, just like her movie Friends With Benefits and Ashton’s movie No Strings Attached.

She said, “I don’t know if I should tell this story, I could get in trouble for it. We were in similar movies and we should have paid attention to them because this doesn’t work in real life.” She further added, “We clearly didn’t pay attention and we shook hands on it and said we would just have fun. We literally lived out our movies.”

Mila confessed that both of them never planned on getting married, as previously they both were in long-term relationships. Mila was dating actor Macaulay Culkin, but they broke up in 2011. Ashton was also married to actress Demi Moore for 6 long years.

Both, Ashton and Mila were working together in That 70’s Show, but Mila never thought of him in a romantic way and they both kept in touch after the show ended. However, back in 2011, Ashton invited her over for a party, only to introduce her to his friend.

In the interview, she said, “We started dating with the idea we both were never going to get married. He had just got out of a marriage and I had gotten out of a relationship. We shook hands on it and life was great. But we were in agreement that it was just fun. And three months later, I was like, ‘this isn’t just fun anymore.’ She further claimed, ‘And then a year later we wanted to get married. I think it took everyone by surprise.’

He had planned to set her up with his friend, but she eventually ended up staying the night at Ashton’s place. Well, needless to say, this whole arrangement worked for them. Mila Kunis and Ashton Kutcher started dating in 2012 and welcomed their first child Wyatt Isabelle, in October 2014. The pair got married in July 2015 and are now expecting their second child.

Mila’s new movie Bad Moms is scheduled to be released on July 29, 2016. The movie also stars other celebrities such as Kristen Bell and Christina Applegate. You can watch the trailer of the Bad Moms movie here so let us know your opinion about the trailer in the comments section below.