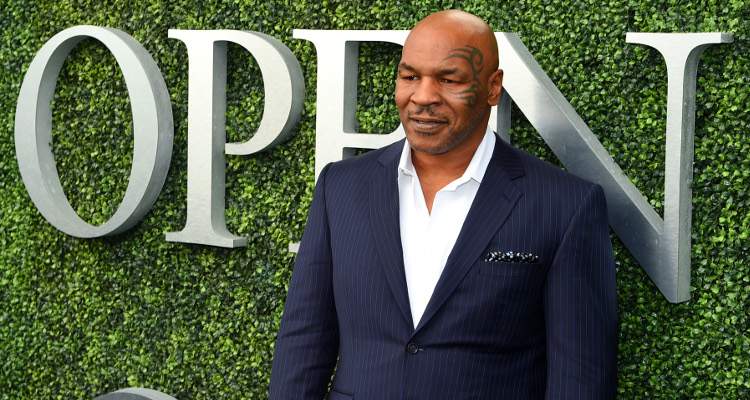 Mike Tyson got candid about many things to Harvey Levin on Fox News’ celebrity interview show, OBJECTified. The former professional boxer is known to be open about his personal struggles, including the death of his daughter. But, how did Mike Tyson’s daughter die? Here’s what you need to know about Exodus Tyson’s death.

It may have been eight years, but Mike Tyson is still grieving the loss of his daughter, Exodus Tyson. Among the many trials and tribulations he went through in his personal life, Tyson took his daughter’s death the hardest. He notably channeled his grief and turned his life around as he said a few years ago.

The undisputed legend in the ring has seven children and an adopted child from three women; Miguel, D’Amato, Mikey, Morocco, Milan, Rayna, Amir, and Exodus.

Check out this fun video I did with my kids. https://youtu.be/W7bHKMoqVu4

Lakiha Spicer is Tyson’s current wife and the mother of the youngest Tysons, Milan and Morocco. Amir and Rayna were born to his second wife, a pediatrician named Monica Turner.

Tyson was in a relationship with Sol Xochitl, who is the mother of Exodus and Miguel. Exodus was born in 2005, and when she died, Xochitl was 34 years old. Not much is known about the boxer’s ex, but she is reportedly a native of Phoenix, Arizona.

According to some sources, Xochitl and Tyson were no longer living together when their daughter died. They were briefly engaged in a court battle for child support regarding their only living child, Miguel. Miguel reportedly lives in Phoenix with his mother and Tyson flies him over to Las Vegas often, which proved too costly for him in addition to paying child support.

Between Life and Death

Tyson was publicly struggling with drugs and alcohol when life dealt him another blow. In May 2009, four-year-old Exodus died after a treadmill accident in her mother’s home in Phoenix. Xochitl had been living in that home with her children for six years.

According to authorities, Xochitl was busy cleaning the house and Exodus was by herself in the playroom. She had sent Miguel, then only seven, to check on his little sister. Miguel found Exodus unconscious and tangled in a cord attached to the treadmill.

“Somehow, she was playing on this treadmill, and there’s a cord that hangs under the console; it’s kind of a loop,” said the police in a statement. “Either she slipped or put her head in the loop, but it acted like a noose, and she was obviously unable to get herself off of it.”

When Miguel told his mother, who was in another room, Xochitl removed the cord from Exodus and called 911. She also tried to resuscitate her by performing CPR. When emergency responders arrived on the scene, the child was unresponsive and replaced the mother to perform CPR.

Exodus was taken to St. Joseph’s Hospital and Medical Center where she was put on life support. However, her condition was said to be “extremely critical.” Tyson was in Vegas, but he immediately flew to Phoenix after learning of the accident.

Exodus died on May 25, 2009, the day after she was taken to the hospital. The police investigation ruled out any suspicions and said her death was a “tragic accident.”

Two weeks after the tragedy, Tyson married his girlfriend at the time, Lakiha Spicer.

Gone, But Not Forgotten

After Exodus’ death, the Tyson was family was struck by grief, as was the community. Her neighbors were shocked to hear about her tragic passing.

“She just kisses me on my knees. Kiss, kiss, kiss. Very nice,” said Dinka Radic who lived across the street from their house. “The little girl, she says ‘You got chocolate in your house?’ I say ‘Yes,’ and she says, ‘OK, give me some.’”

“She was a lively girl,” said Ben Brodhurst, who lived near Xochitl’s residence adding, “She was always making noise. You see her riding a bicycle from house to house, and she was a really eccentric little girl.”

A few months after her death, the former heavyweight champ went on The Oprah Winfrey Show, where he broke down in tears. Tyson said his first instinct was “extreme rage” when he heard about his daughter’s accident. But he doesn’t know how his “little angel,” as he called her, died.

“If I know, then there might be a blame for it,” he told Oprah. “If somebody’s to blame for it, there will be a problem.”

Two years later, a much healthier-looking Tyson was on The Ellen DeGeneres Show and talked about how he transformed himself. He started off by saying that he almost raised hell in the hospital.

Since her passing, Tyson has channeled his grief into something better. He put his partying ways behind him and became sober. He also told Ellen Degeneres he had switched to a vegan diet in the two years after her death before gushing about his improved physique since hanging up his gloves.

You can watch the entire interview with Mike Tyson below.