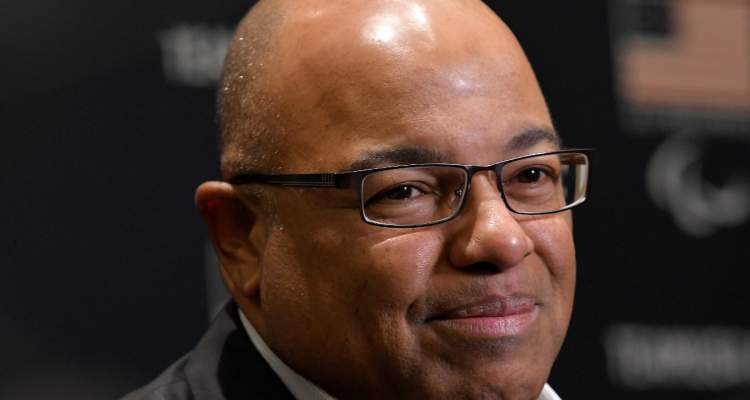 Mike Tirico, NBC’s Olympic host, mostly has rave reviews about the Winter Olympics 2018. However, during his interview with Adam Rippon, Tirico brought up Rippon’s sexuality, and Twitter was not happy about it! Social media was immediately reminded of Tirico’s suspension for sexual harassment in the ‘90s.

The host was with ESPN at the time. Tirico was suspended in 1992 for allegedly groping and sexually harassing female co-workers.

In 2016, NBC hired Tirico. The network chose him to host the Olympics.

Find out why Mike Tirico was suspended in the first place, and why it’s suddenly in the news again.

Mike Tirico is a fun guy to watch on TV. The jovial host always puts on a great show, no matter the issue. He’s been hosting since the early ‘90s and has worked with big networks like ABC and ESPN.

Tirico graduated from Syracuse University and quickly joined ESPN as a sports anchor. For years, people were accustomed to Tirico and his fresh take on college football on Monday Night Countdown, and his anchoring of the FIFA World Cup 2014.

But things weren’t always hunky-dory for the anchor. He was suspended for alleged inappropriate behavior with his female colleagues after accusations rose that he groped and even solicited sex from them.

Tirico was suspended from ESPN for a total of three months.

When NBC made the call to hire him in 2016, they were well aware of his suspension.

“Mike has repeatedly assured us that this behavior is long in his past, and we have no evidence of anything to the contrary in his tenure at NBC Sports,” NBC stated via THR.

Tirico replaced veteran host Bob Costas in the prime time slot. After leaving ESPN, he was replaced by Sean McDonough.

NBC maintains that Tirico is a changed man and that they are glad he is on board with them.

“For me, NBC Sports has always represented the highest quality in television sports production and the chance to now be a part of that, is a dream come true,” Tirico said about joining NBC.

Twitterverse picked up on a small part of the otherwise amazing interview with Olympic medalist and pro skater, Adam Rippon.

Tirico and Rippon touched various topics, including how the pro skater is good friends with Mirai Nagasu and how he gets nervous before events. But there was serious social media backlash against Tirico for addressing Rippon’s sexuality and his current feud with Mike Pence.

Mike Tirico’s sexual harassment history is still fresh in the minds of many people. And although many think that he deserved the second chance, others felt that “Time’s Up” for him.

How does Olympic Host Mike Tirico get away with sexual harassment in his past and others have not? Ask NBC

"As you watch Mike Tirico and appreciate his professionalism while serving as NBC host, remember he was suspended by ESPN for sexual harassment."
I don't see you bringing that up. Wonder why? Weird. https://t.co/J5R1NsrEle

What Is the Cold War Between Pence and Rippon About?

There are lots of people who think Mike Tirico was right to bring up Rippon’s sexuality. The host also acknowledged the silent rift between the skater and Vice President Mike Pence.

Adam Rippon was clear that he did not want to meet Pence at an informal gathering before the games. The reason is that the Vice President was clear about his position on the LGBTQ community in the past.

Before the games, when Rippon was asked how he felt about Mike Pence leading the U.S. Olympic delegation, he said, “You mean Mike Pence, the same Mike Pence that funded gay conversion therapy? I’m not buying it.”

The Vice President’s spokesperson later issued a statement claiming that Rippon’s accusation against Pence was false.

Nonetheless, the matter has still not simmered down. Rippon said in an interview that he doesn’t want his Olympic experience “to be about Mike Pence.”