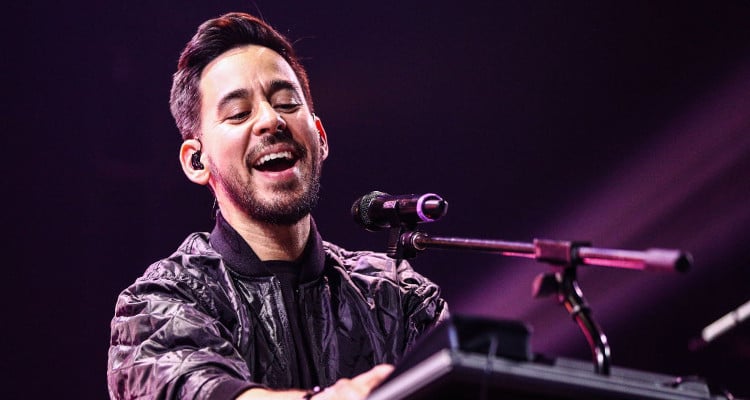 Mike Shinoda of Linkin Park is quite well known as a rapper, musician, and rhythm guitarist who was the first person in the band to confirm that Chester Bennington is dead. Last night, he tweeted, “Shocked and heartbroken but it’s true. An official statement will come out soon.” Shinoda was one of the founders of Linkin Park, along with Rob Bourdon, and Brad Delson. Here’s all you need to know about the musician in our Mike Shinoda wiki.

Who doesn’t know Mike Shinoda?! He is a co-founder of rock band Linkin Park and its rhythm guitarist as well as key songwriter, producer, and co-lead vocalist. Along with the rest of the band and their millions of fans, Shinoda is mourning the loss of Chester Bennington after his suicide, and a lot of questions are rising as to the fate of Linkin Park. Will Shinoda take over as lead vocalist, or will the band dissolve? Before we get into all that, let’s a take a look at who Mike Shinoda is. Read all about him in our Mike Shinoda wiki.

Micheal Kenji Shinoda was born on February 11, 1977, in California. His father is Japanese of the Kumaichiro Shinoda floral company family. He was raised a liberal  protestant, and his mother always encouraged him to take up piano lessons. By the age of 13, Shinoda showed interest in jazz and hip-hop along with classical piano. He went to Agoura High School with Brad Delson and Rob Bourdan, and the trio would go on see massive international success together! After graduating high school, Shinoda attended the Art Center College of Design in Pasedena, and studied graphics and illustration.

In 1996, Shinoda started a band called Xero with Delson and Bourdan. They recruited DJ Joseph Hahn, bass player Dave Farell, and vocalist Mark Wakefield. Xero recorded in Shinoda’s home but did not receive much attention or popularity among crowds, so Farell and Wakefield quit the band. This was when Chester Bennington joined the band as lead singer and they changed their name to Linkin Park. They saw success after signing a deal with Warner Bros Records, and Linkin Park’s first studio album, Hybrid Theory, was released, becoming the start of the band’s tremendously successful career. Shinoda oversees the technical aspects of the band’s recordings along with being the key lyricist and co-lead singer, who also raps on a lot of the band’s songs.

Mike Shinoda started a side band, Fort Minor, to focus on a different style of music. Fort Minor’s first album The Rising Tied was released in 2005, and showcased artists like Lupe Fiasco, John Legend, The Roots, and Black Thought to name a few. The album’s debut song, Where’d You Go, reached the No. 4 position on the Billboard top 100 chart. The band’s success paved the way for Fort Minor, who made a comeback in 2015 with their new single, Welcome.

Mike Shinoda is an extremely popular personality, with 778k followers on Instagram alone. The Linkin Park member posts a lot of performances and snippets of himself on stage along with pics of his family and kids. Mike Shinoda married Anna Hillinger in 2003.She is the author of the young adult book Learning Not to Drown. Mike and Anna have a son named Otis Akio Shinoda. Take a look at some of Mike Shinoda’s Instagram posts below!

Shout out to Fans.

One of Many Achievements

Well, you can only imagine the amount of money one of the co-founders of Linkin Park has made over his career. So it’s no surprise that Mike Shinoda is worth a whopping $23.0 million.

His wealth is through his numerous projects. Fort Minor gained a lot of popularity and Linkin Park made its mark in the rock world almost as soon as they hit the scene. So when it comes to money, Shinoda has struck gold!