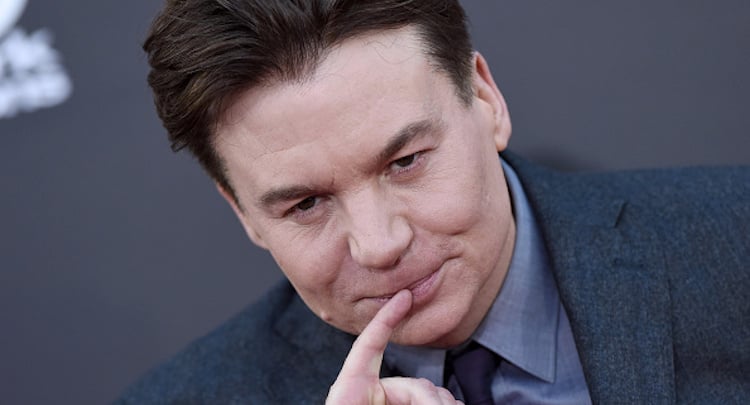 If you thought Mike Myers was The Gong Show host, then you weren’t imaging things after all. The Shrek actor has been off the grid for what felt like forever, and his prosthetic makeup had us scratching our heads. So if you want to know Mike Myers’ net worth, you can read up on him in our Mike Myers wiki.

Mike Myers was born Michael John Myers on May 25, 1963, in Scarborough, Ontario, Canada to English parents. His father, Eric, sold encyclopedias and was responsible for the comedian’s love of British comedy, which he shared with Mike and his older brothers, Peter and Paul. He attended Stephen Leacock High School and later pursued acting and comedy as a career path.

It’s no surprise that Myers’ net worth is reported at $175.0 million, given the success of his films. He started out in commercials, was a child actor, and after completing high school, he joined the Toronto outpost of the legendary Chicago comedy group, Second City. Myers went out on his own and ventured to London before heading back home when his father was diagnosed with Alzheimer’s. In 1989, Myers tried out to join the cast of Saturday Night Live and was instantly liked by the show’s creator, fellow Canadian Lorne Michaels. Many still remember Myers starring in his first film, Wayne’s World in 1992. He was an instant hit throughout the ’90s and became cemented in Hollywood after starring in the Austin Powers trilogy. Aside from playing the British super spy, Myers launched another successful franchise as a green ogre in 2001’s Shrek.

From 1993-2006, Myers was married to his first wife, Robin Ruzan, but they later divorced with no children. Mike Myers’ wife is currently Kelly Tisdale and they have been married since 2010. Mike Myers’ kids with Tisdale are Spike, Sunday, and Paulina.

The Gong Show, which originally started in the ’70s, is back and this time it has a full roster of A-list celebrity guests and a familiar host. When the ABC show premiered this summer, many raised their eye brows, wondering if the show’s host was in fact Mike Myers. He fell off the Hollywood scene for roughly a decade and when you’re gone that long, people start to question whether you’re dead or alive. But Myers was alive and well the whole time, but viewers couldn’t couldn’t shake the feeling that he could possibly be the host, despite using a different name. ABC put out a vague statement (that some naturally took as confirmation) stating that they couldn’t confirm anything but all that did was cause more confusion.

Was it a publicity stunt, or was Myers just hoping to be famous without having to deal with the needy public? It’s not hard for Myers to put on an English or Scottish accent, since his parents immigrated to Canada from Liverpool. Myers was off the grid but spent his time raising his kids, playing hockey, painting, and working on a documentary called Supermensch: The Legend of Shep Gordon, which was released in 2013. The New Yorker described his faux host persona on The Gong Show as “an elaborate private joke that he is mostly telling to himself” and many would probably agree.