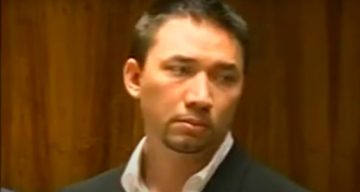 Mike Miske, a prominent businessman in Hawaii, was arrested and indicted on charges related to violent crimes and an organized crime group. Miske’s alleged crimes are considered very serious, as he is suspected of the alleged kidnapping and murder of Jonathan Fraser, someone he blamed for his son’s death. This Mike Miske wiki elaborates more on the tycoon’s criminal charges.

Michael Miske, born on February 1, 1974, is a native of Hawaii. He had at least one son, Caleb-Jordan Miske-Lee, who died tragically in 2016.

Currently, Delia Fabro serves as the president of Mike Miske’s pest control business and is also associated with the other businesses.

Before his current indictment, Miske had several run-ins with the law. His record has 11 arrests and six felonies, on charges including credit card fraud, theft, kidnapping, and assault. He also spent time in prison several times.

Miske was arrested for assault twice in 2013. One of the arrests stemmed from a December 2012 incident, when he allegedly struck an NFL football player in the head with a champagne bottle at his nightclub. A woman was also assaulted when she tried to intervene.

Mike Miske was facing charges of second-degree assault and second-degree criminal property damage. He pleaded not guilty to the charges. The charges were dismissed after the victim refused to return to Hawaii for the trial.

Miske is now accused of running an organized crime group involved in a long list of violent crimes. Several prominent figures in Hawaii are also allegedly linked to his crimes.

He even got in conflict with a local community regarding lights he donated to the city as a memorial for his son.

Kidnapping and murder are perhaps the most serious charges in Miske’s extensive criminal record. According to investigators, the businessman had something to do with the disappearance and death of Jonathan Fraser.

Miske’s son Caleb and Fraser were involved in a car crash with another vehicle in November 2015. Caleb suffered injuries from that accident. His old Facebook post shows that the birth of his daughter kept him going.

However, Caleb Miske succumbed to his injuries in March 2016.

Fraser would be reported missing in July 2016.

Mike Miske filed a lawsuit on behalf of his son’s estate, blaming Fraser, the alleged driver, for the accident. The driver of the other vehicle and the car manufacturer were also named in the lawsuit.

The FBI got involved in investigating Jonathan Fraser’s disappearance. They suspected Miske had hired people to kidnap and murder the man.

A federal investigation lasting years led to raids on Miske’s businesses in Oahu.

He was arrested on July 15 on a 22-count indictment accusing him of running an organised crime group connected to multiple violent crimes. Ten co-conspirators were named along with him.