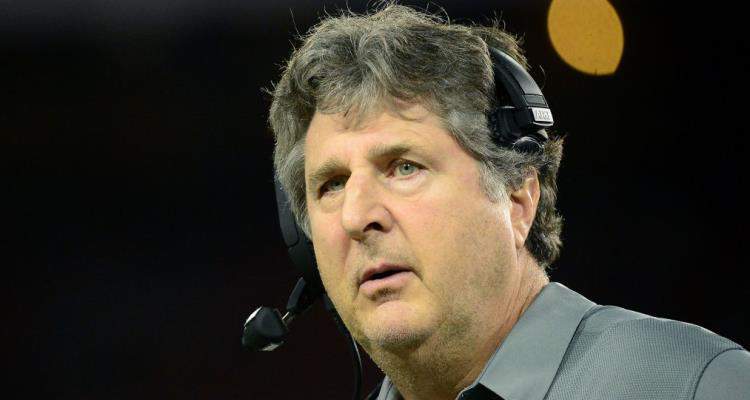 Mike Leach and Tennessee football have been thrown around in the same sentence a lot lately and rumors in the sports world are spreading like wildfire. Could Mike Leach’s Washington State career be over for another career opportunity? Find out that and more with our Mike Leach wiki.

Who is Mike Leach?

Mike Leach is the head football coach of the Washington State Cougars and was born on March 9, 1961, in Susanville, California. He attended Pepperdine University. Mike Leach’s wife is named Sharon, with whom he has four kids: Cody, Kim, Kiersten, and Janeen. Mike Leach’s career record is 122-80, which includes a 38-37 mark with Washington State.

This isn’t the first time the 56-year-old coach has made headlines. In December 2009, Leach was fired by Texas Tech University when they claimed he mistreated Adam James, a Tech player, who suffered a concussion. Leach coached there for a decade and his contract stated that if he was fired with legal cause, then the university only had to give him his base pay of $300,000 and other incentives. Leach reportedly never received the $1.6 million he was owed in “guaranteed” income.

“Over the past several months there have been individuals in the Texas Tech administration, Board of Regents and booster groups who have dealt in lies and continue to do so,” the statement read. “These lies have led to my firing [Wednesday]. I steadfastly refuse to deal in any lies and am disappointed that I have not been afforded the opportunity for the truth to be known.”

He continued: “Texas Tech’s decision to deal in lies and fabricate a story which led to my firing includes, but is not limited by, the animosity remaining from last year’s contract negotiations. I will not tolerate such retaliatory action. Additionally, we will pursue all available legal remedies.”

Leach had members of the team who were both supportive or against the university’s decision. As of October, Leach hired a firm to investigate the “weasels” at Texas Tech.

In the midst of all the rumors, a viral video has been circulating on Twitter of Leach giving wedding advice to a reporter.

Leach is known for his entertaining quotes and memorable interviews and many have even taken to creating memes from the viral video.

Happy Humpday ?! Here is a little #humpdayhumor provided by Mike Leach. I was so impressed by his marriage advice…I just had to see what he had to say about the current state of dating…. This dude…honestly…you can’t make sh% up??. #humpday #happyhumpday #dating #datingadvice #washingtonstate #mikeleach #pressconference #collegefootball #blessedeveryday

Will Leach coach for Tennessee? After athletic director John Currie was fired, apparently, someone reportedly blocked Currie from offering Leach the job. So far, Leach claimed that he’s focused on his current job and doesn’t plan on leaving his team.

Leach said, “I’m strictly focused on the Washington State Cougars. I have a limited knowledge of the internet, which is pretty clear, I don’t even turn anything on other than my phone, when it gets stuck, my kids turn it on. You guys are on your own with that. I can’t speak to rumors I don’t know anything about. I’m focused on Washington State, excited about that, we’re going to a great bowl and I for one couldn’t be happier.”

While he stated that he doesn’t pay attention to the Internet, Mike Leach’s Twitter account features various tweets of fans toying with the idea of him working for Tennessee.