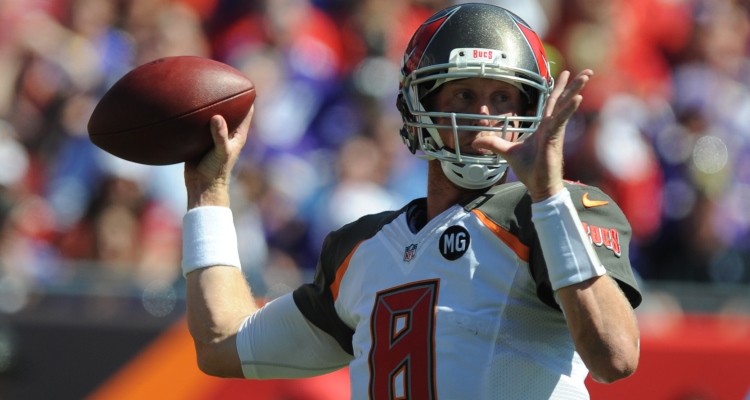 If you thought your paychecks were looking meager before, then wait until out find out how much Mike Glennon just signed his new contract for! The 27-year-old former Tampa Bay quarterback was drafted by the Buccaneers in the third round of the 2013 NFL draft, but the contract he just signed with the Chicago Bears has certainly secured his financial future.

You would think that professional athletes would be satisfied with the millions that they make, but there’s always room to grow. At Mike Glennon’s tender age of 27, the young quarterback is making more money than he knows what to do with! If you’re interested in finding out what the football pro is making now and the connection he has to Aaron Rodgers, then have a look at our Mike Glennon wiki.

Michael Joseph Glennon was born on December 12, 1989 in Fairfax County, Virginia and was a quarterback for the Tampa Bay Buccaneers. The 6’6″ football player was recruited by the Buccaneers in the 2013 NFL Draft and has spent the past two seasons of his three-year career as a backup with the team.

Dickie v gala with this hunk ??

He attended North Carolina State University, where he played for the NC State Wolfpack football team, from 2008 to 2012. In 2009 to 2010, he was back up to starting quarterback, Russell Wilson.

The Chicago Bears made an unexpected move recently in acquiring free-agent quarterback, Mike Glennon, who recently signed a three-year $43.5 million deal. The Bears agreed to pay much more than what other teams were considering and it’s not unusual for teams to scout young backup quarterbacks for their team. Some fans and experts believe that the Bears have gone above and beyond to sign the 27-year-old, according to Albert Breer of the MMQB. Some are even questioning whether he’s even worth the large sum he was offered by the Bears. He has 4,100 yards, 30 touchdowns and an 84.1 career passing rate, as opposed to Green Bay Packers quarterback, Aaron Rodgers, who has 36,827 yards, 297 touchdowns and a 104.1 career passing rate, a few MVP titles and a Super Bowl ring. Do the scales balance? Many believe they don’t. Rodgers isn’t skipping any meals but he’s not getting paid like Glennon. Rodgers makes approximately $22.0 million a year from a 2013 contract he signed and the recent deal between the Bears and Glennon may force other players in the same position to call on their agents to get them more, whether they’re worth it or not. There’s a reason why companies prefer employees to keep salaries private! We wouldn’t be surprised if an all-out bidding war started. The salary cap keeps rising so determining a player’s worth isn’t a simple equation, the way people think it is. At least it looks like fans won’t be talking about Mike Glennon’s neck anymore!

In the summer of 2015, Mike married his long-time girlfriend, Jessica Witherill. They met when they both attended North Carolina State University, where she received her finance degree. On August 3, 2016, Jessica gave birth to their son, Brady Witherill Glennon. Both their Instagram accounts are flooded with baby pictures, from Halloween to Christmas and everyday events.