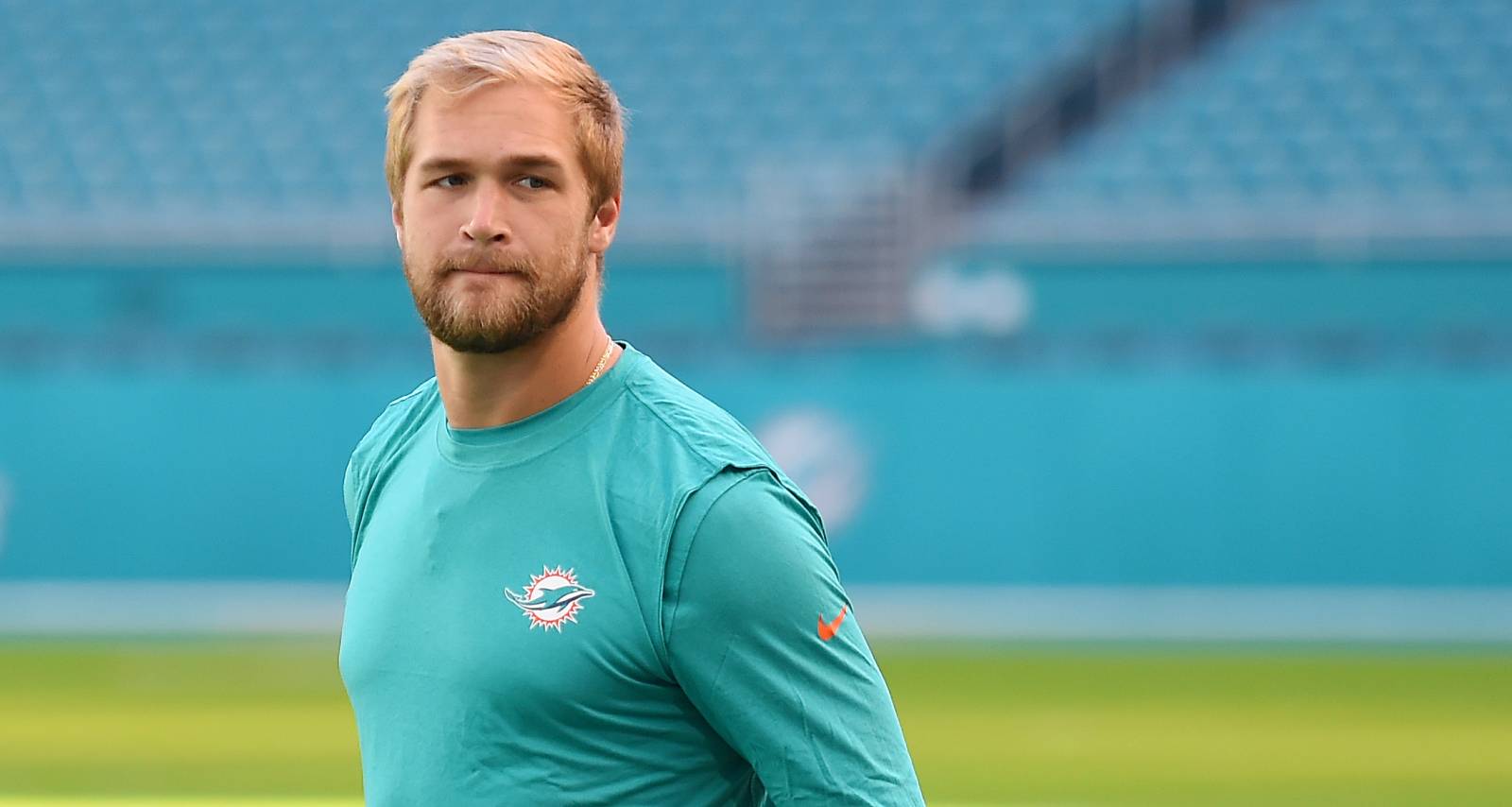 Dolphins Nation is discussing what’s in store for Mike Gesicki’s future career, as the Miami Dolphins just placed a franchise tag on the tight end. On the personal front, there was also big news for the NFL pro. Mike Gesicki gets to call himself “husband” after tying the knot with girlfriend, Halle Proper. As she remains a Dolphins WAG for at least one more season, the Dolphins community wants to know more about who Mike Gesicki’s wife is. So we deep dive into Gesicki’s girlfriend-turned-wife’s background in Halle Proper’s wiki.

Halle Proper was born on June 13, 1996, and hails from New Jersey. She is one of seven daughters born to Angela and Scott Proper.

Halle was raised alongside her sisters Aja, Olivia, Carly, Megan, Glenna, and Emma Proper. Halle is aunt to her sisters’ children.

Halle Proper graduated from Penn State University with a BA in advertising, digital media trends and analytics. Beforehand, she had acquired plenty of experience with part-time jobs and internships.

While in high school, she worked in customer service at Bed Bath & Beyond. In college, she did social media and PR internships at CollegeFashionista, Ketchum, Viacom, and Penn State University Dining. She was also a campus rep for Victoria’s Secret Pink and EXPRESS.

Since graduating from college, Proper has been a full-time employee at NBC News. She handles audience development, including paid media partnerships and digital media campaigns.

Mike Gesicki announced his engagement to his girlfriend and fellow Jersey native, Halle Proper, during the Fourth of July weekend in 2020. The couple tied the knot on March 4, 2022, in Allentown.