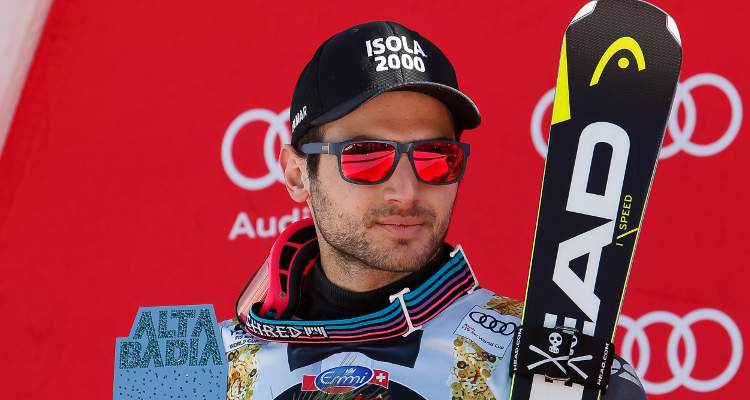 Olympic gold medalist and World Cup alpine ski racer, Mikaela Shiffrin is all set to compete in the Winter Olympics 2018, in Pyeongchang, South Korea. A lot is known about Shiffrin’s professional life, but who is Mikaela Shiffrin’s boyfriend? If you want to know more about him, then take a look at our Mathieu Faivre wiki!

At a very young age, he was introduced to the world of skiing by his father, a ski instructor. Faivre often accompanied his father to the slopes and went skiing frequently. It was in 2000 that the family moved to Isola, a French mountain region for ski resorts.

In an interview, Faivre revealed, “I started sliding as soon as I was able to walk, with my dad and my granddad. Then I followed the normal curriculum, going through all the usual steps and categories. When I was 15, I had to leave Isola 2000 and my family to settle down in Savoy and benefit from the best possible training conditions. This is when I joined the Club des Sports de la Plagne for my first FIS year.”

He added, “Good results in this first season allowed me to directly integrate the French national team and became a professional skier.”

It was in March 2010, at the age of 18, that Faivre first participated in the World Cup. Additionally, he played for France at the 2014 Winter Olympics in the alpine skiing events. He also competed in three World Championships.

Faivre regularly competes in giant slaloms. In February 2016, he made it to the World Cup podium in Naeba, Japan.

In December 2016, Faivre won his first World Cup in the Val-d’Isère giant slalom in France. Talking about his victory, he excitedly said:

“It was an unbelievable day. Everything worked out perfectly and I was able to ski at my best. It was a great satisfaction to realize that when I set things up correctly over two runs, I am in the position to win a race. As a matter of fact, winning in front of a French crowd was special, especially as Val d’Isère is one of my favorite venues. With four Frenchmen in the five top positions, I felt very proud to offer this performance to the French ski fans.”

He added, “I am very happy I was able to win in Val d’Isère, but I’m even more proud that I was able to be constant throughout the season and finish second of the season standings. Consistency is something I give a lot of importance to and definitely something I am looking for. To have reached that goal is fantastic and a great satisfaction.”

It was last summer that Mikaela Shiffrin and Mathieu Faivre reportedly started dating. Although he lives in France and Shiffrin in Colorado, the adorable couple somehow manages to make their long-distance relationship work!

In order to do so, the two often travel to visit each other. The best part about their relationship is that they have a lot more than their profession in common!

Talking about their relationship, Shiffrin said, “He’s a ski racer, so he understands all that. If I have a bad day and I’m like, ‘What if I’ve forgotten how to ski?’ That’s crazy, but he understands. He is the least complicated thing in my life.”

Both of them support each other and make sure to take time from their busy schedules to meet up. Faivre will not be competing in the 2018 Olympics, but he will most likely be there cheering Shiffrin on!