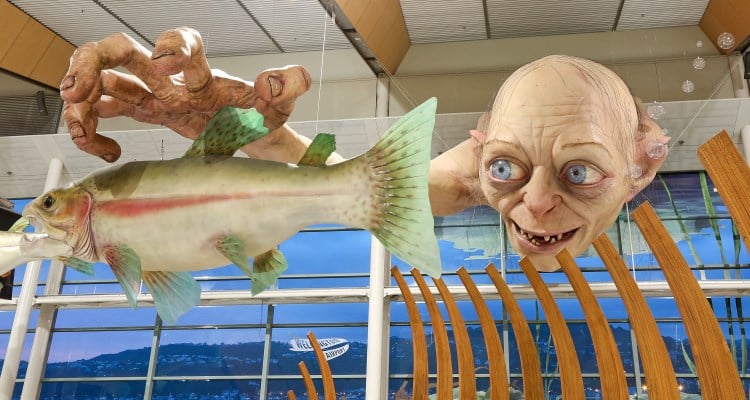 Are you ready to revisit Middle Earth? There’s good news for gamers everywhere, because Middle-Earth: Shadow of War has officially been announced! We’ve got the details right here!

Following the critically-acclaimed Middle-Earth: Shadow of Mordor is the release of yet another adventure involving magic, heroes and the forces of darkness. It’s the sequel to 2014’s Shadow of Mordor and fans can’t wait to get their hands on it!

Since the game is based on the books, Middle-Earth and J.R.R. Tolkein go hand-in-hand and the famous author is giving fans exactly what they want! In this new game, players wield a new Ring of Power and have to defeat the most evil creatures in the land. The game features the return of Talion and Celebrimbor, who have to go into enemy territory to create an army and turn all of Mordor against the Dark Lord, Sauron. The game is set to be released on August 22 in North America and August 25 in Europe.

The highly-anticipated game will have an expanded version of the nemesis system. In Shadow of Mordor, the game made orcish officers that responded to their encounters with Talion. For this game, Warner bros. promises the mythical world’s environment will be shaped by the way the way fans actually play. Check out the trailer below!

“Followers […] bring about entirely new stories of loyalty, betrayal and revenge,” says the press release. “The Nemesis System is also expanded to create a unique personal world through Nemesis Fortresses, which allows players to utilize different strategies to conquer dynamic strongholds and create personalized worlds with their unique Orc army.”

The gaming world is always growing and there’s always a way to advance the experience of a player and it seems to be getting better. Gaming systems have come a long way from the 1980s Super Mario Bros. and now fans have a chance to relive the Middle-Earth series. There’s no telling what they will come up with next, but anything based on Tolkein never disappoints!

An announcement trailer of the game has already been released on YouTube, in order to give fans a sneak peek into the game and what they can expect. Summer is looking up and while many will be heading to cabins, Europe, or the beach–others will be spending their time fighting evil and saving the world as we know it. Now, fans just have one question: is it August, yet?!