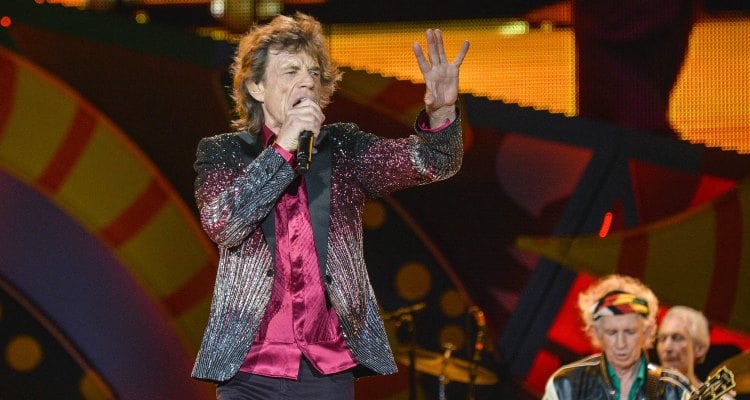 Despite Melanie Hamrick being American and Mick Jagger being English, the couple actually met thousands of miles from their homelands, in Tokyo, Japan in 2014. Both were in the “Land of the Rising Sun” for work purposes, as the Stones were in the midst of their “On Fire” tour. The relationship was seen as a little bit scandalous (besides the age gap, obviously), as they met shortly before the previous Mick Jagger girlfriend (L’Wren Scott) committed suicide. However, they only exchanged contact info in Japan and did not date until after Scott’s unfortunate passing.

Melanie Hamrick is a Ballerina

The current Mick Jagger girlfriend, Melanie Hamrick is a ballerina. She started at the young age of three and studied at both the Eastern Virginia School of the Performing Arts and American Ballet Theatre. From there, she acquired her first dance contract at age 18 in New York City, which was a big change given that she had spent the previous six years in a boarding school. Her association with Mick Jagger came shortly after performing her 11th season of Swan Lake at the Metropolitan Opera in NYC. Of course, with another Mick Jagger baby on the way, Melanie Hamrick will have to put her ballet career on hold. With so much skill and experience, don’t be surprised if she hasn’t lost a step once she returns to the stage.

Melanie Hamrick is a Mom-to-Be

Mick Jagger and Melanie Hamrick announced this week that they are expecting a child together. It’s the first for the couple despite the length of their relationship and this potential next Mick Jagger wife is due to give birth in January of 2017. While you may think that Jagger is freaking out at the prospect of adding to the list of Mick Jagger kids (and at his age no less), he’s actually taking the news rather well and seems excited about the new addition. Congratulations to Mick Jagger and Melanie Hamrick and we wish them —and all of the Mick Jagger kids—all the best!

Melanie Hamrick Gets Along with Mick Jagger’s Other Kids

Melanie Hamrick is the most recent to mother a Mick Jagger baby, seeing as the star has had seven other children with four prior women. The oldest of his kids, daughter Karis Hunt Jagger, was born in 1970 and is 45 years old. The soon-to-be second youngest, son Lucas Maurice Morad Jagger is 17, and was born in 1999. Despite being the latest in a long list of women their father has dated (and in many cases being younger than even they are), Hamrick is said to get along with all the Mick Jagger children, which is a good thing, given that he is said to maintain close relationships with all of his kids.

Mick Jagger wife hopeful Melanie Hamrick may be carrying his child, but she’s going to have to do more than that if she plans to get this wild horse to settle down! It’s reported that even after the child is born, Hamrick won’t move to London where Jagger lived, but rather to either Los Angeles or Connecticut, where her family resides. She may even retire from ballet entirely! Meanwhile, Jagger will stay in London.