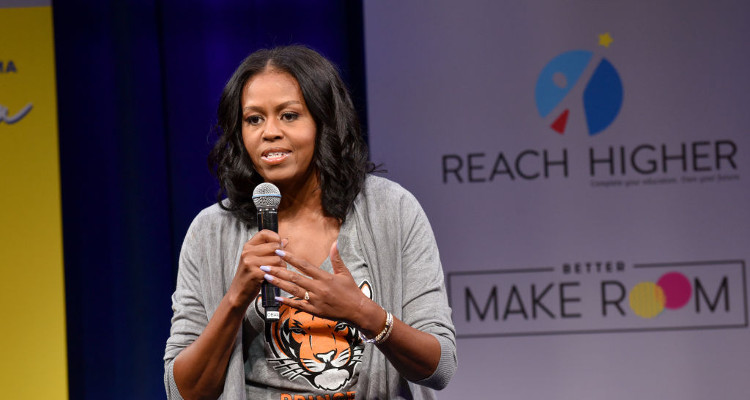 Fans got a pleasant surprise when former First Lady Michelle Obama spoke at the BET Awards 2017, praising Chance the Rapper for his efforts to improve the education system in Chicago. The rapper mentioned that he was a bit young for this award, but he was no less grateful to receive it.

It was a surprise for everyone when former First Lady Michelle Obama spoke at the BET Awards 2017 via a televised speech. She presented the BET Humanitarian Award to Chance the Rapper for his efforts to make the Chicago public school system better for its students. It’s a great achievement for the rapper to receive this particular award at the young age of 24. Before he received the humanitarian award, the audience cheered loudly and wildly at former First Lady’s BET Awards 2017 speech, in which she said, “With these passionate efforts, Chance is showing our young people that they matter, that they have something inside of them that is worthy of being expressed, and they have so much to contribute to their community and our country. I can think of no better legacy to leave, and I am thrilled to celebrate you here tonight and honored to call you my friend.”

Calling Out the Government

After Michelle Obama’s video message was played, Chance the Rapper took the stage and accepted his award. In his speech, he said, “To be receiving something like this at my age… it feels a little early to be getting something like this, but my God doesn’t make mistakes.” Speaking out against the current administration seems to be the flavor of the year, and Chance the Rapper did not hold back any punches. He addressed the government and said, “Y’all need to let everybody out of jail for selling weed before y’all start making it legal for people to sell it and make capital off it! I was gonna tell the Chicago Public School system not to take out a loan from Chase Bank when they know that our schools are planning on failing in our district. I was gonna tell those judges that we just need a conviction when we know these n****s wrong for doing this.” 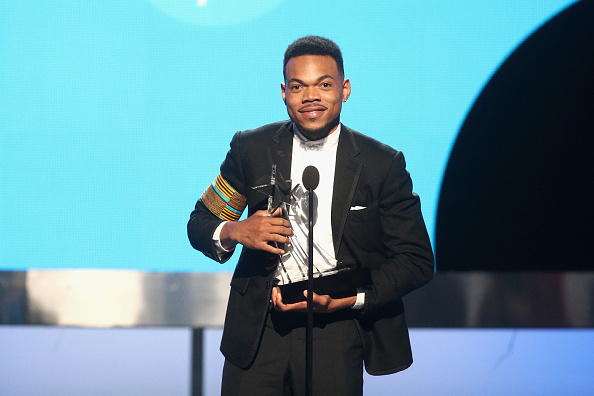 In March 2017, Chance the Rapper announced his donation of $1.0 million to Chicago public schools during a press conference that was live streamed from Westcott Elementary School in Chicago. Considering that Michelle Obama is also from Chicago, the efforts by the rapper to help the youth in her home state meant a lot to her. She was generous and giving in her speech as she praised Chance the Rapper for his philanthropic efforts.