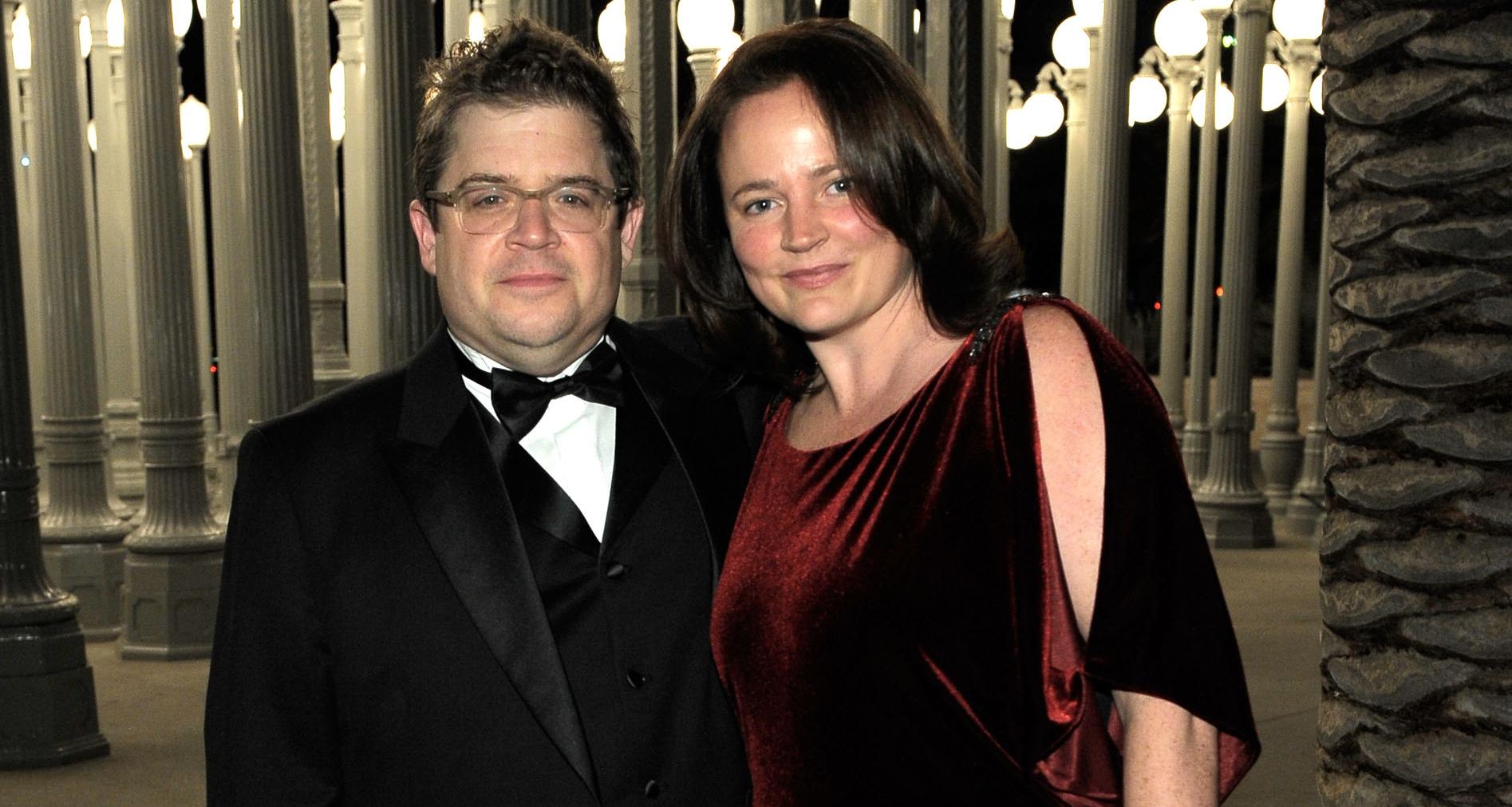 Patton Oswalt’s first wife, Michelle McNamara, was the true-crime writer and woman who may have have a big hand in catching the Golden State Killer, decades after the fact. Her book, I’ll Be Gone in the Dark was released in February 2018, and is the true-crime story about the investigation made on the killer. It was finished and published after her unexpected death, and her husband is crediting her with helping to finally catch this monster.

Michelle McNamara was a woman who was determined to catch the serial killer who wreaked havoc in California in the ’70s and the ’80s. The psycho has killed at least 12 people and raped at least 45 women, and he was known as the East Area Rapist. McNamara fell behind the cold case years after it was deemed unsolved, and now a suspect has finally been nabbed! McNamara died in 2016 before she could finish the book, but her husband made sure it was completed and released to the public earlier this year. He credits her completely for shining a light back on this case and putting the man responsible behind bars.

Michelle McNamara was born on April 14, 1970, and was raised in Oak Park, Illinois.

She was the baby of her home with five older siblings. Her father was a trial lawyer.

McNamara’s fascination with crime and murderers began when she was a 14-year-old and was closely associated with a neighborhood murder.

McNamara was puzzled about the man who slit the throat of Kathleen Lombardo, an acquaintance, and was never caught.

The murder happened a couple of blocks from her home, while she was on the verge of entering high school at the time.

Her desire to put a face to the fleeting criminal increased as she grew up. She was a graduate from the University of Notre Dame, and she attended the University of Minnesota for her Master’s degree in Fiction.

She showed early signs of wanting to become a writer, and to her content, she did exactly that for a living.

The murder incident was the one that inspired the crime writer to go on and investigate other major crimes that were left a mystery.

Doing Something About It

McNamara met Patton Oswalt when she had moved to Los Angeles, and happened to catch one of his performances. 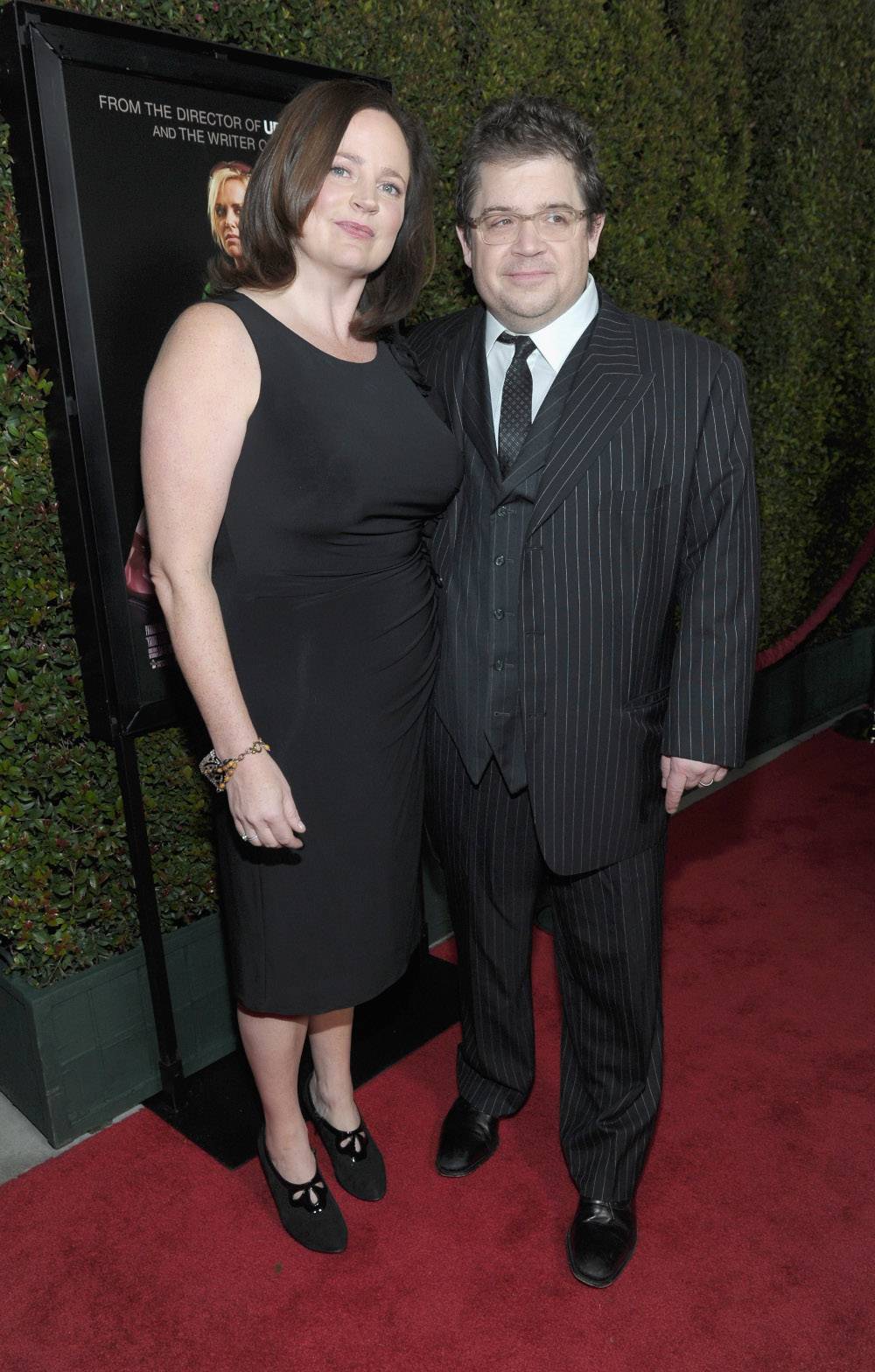 The two hit it off, and soon realized that they were two peas in a pod. Oswalt and McNamara both had a flair for true crime, and were equally intrigued by the unsolved crimes in front of them.

She married Oswalt on September 24, 2005, after which (with a little nudge from her husband), she began looking into investigating and writing on some cold cases.

One thing led to another, and she started a blog called True Crime Diary. On the website, she discussed and/or wrote about everything crime related, and why the criminals couldn’t be caught.

One such case was of the “Original Night Stalker” (also known as the East Area Rapist at the time), who she later dubbed as “The Golden State Killer.”

This particular case struck McNamara right in the heart, and soon the case became more of an obsession. She was convinced that the case could be solved, and that the heinous man who was behind the gruesome rapes and murders could be caught.

As McNamara researched, she went deeper and deeper into the 50+ cases associated with the killer. The man was in his early 20s at the time of the crime, and was athletic in build.

He would always wear a mask when committing his crimes. But the composite sketches that were made with the help of his victims revealed that he was a man who had wide eyes and a wide mouth.

He would prey on people who were alone or when they were sleeping in their homes. According to the investigation by the authorities, the killer would first break into his victim’s home to learn more about them by looking at their pictures and other belongings.

He would also make sure he turned off their porch lights, hide weapons, and throw away things that could get him caught. He always made sure he could flee in the nick of time.

He would then bring a flashlight with him to blind them, and attack them when they were asleep.

He disappeared in 1979, never to be found again.

But now, after decades of wondering and becoming frustrated with the case, officials seem to have finally nabbed the man!

An arrest was made on April 25, 2018, where a man named Joseph James DeAngelo, age 72, was arrested in Sacramento County.

Sacramento DA Anne Marie Schubert said it was only in the last week before the arrest, that evidence led the teams to DeAngelo.

The book I’ll Be Gone In The Dark was published posthumously after two years of McNamara’s death. Her autopsy revealed that a lethal combination of Adderall, Xanax, and Fentanyl mixed with a heart problem took her life in her sleep on April 21, 2016.

She was 46-years-old at the time of her death. In her book, she wrote “I’ve written about hundreds of unsolved, crimes, from chloroform murderers to killer priests. The Golden State Killer, though, has consumed me the most.”

The book contains vivid details of all the clues and evidence McNamara found during her investigation.

At one point in time, she told Oswalt, “I think I found him,” and he was sure that he didn’t need to ask who “him” was that she claimed to have found. However, McNamara died before she could finish her book. So, being the amazing husband he is, Oswalt hired an investigative journalist and researcher to have her book completed, posthumously.

The book was finally released in February 2018, and it didn’t long to reach the top of the New York Times‘ Best Seller list.

Stephen King even said that he loved the book, and crime enthusiasts everywhere enjoyed it thoroughly.

Her story (which involves many of the victims and their sides of the incident) was also made into a podcast. McNamara’s story can be heard in her own voice on Soundcloud today.

It is unfortunate that Michelle McNamara is not alive today to see justice served to the Golden State Killer after all these years.

However, when asked authorities were asked at a press conference if her book had helped the investigation in any way, they responded “no.”

But even though the police failed to recognize McNamara’s work as any form of help in finally catching the killer, Patton Oswalt made sure to let everyone know.

It did, but #MichelleMcNamaradidn’t care about getting any shine on herself. She cared about the #GoldenStateKiller being behind bars and the victims getting some relief. She was Marge Gunderson in FARGO, not Chilton in SILENCE OF THE LAMBS. https://t.co/krMOWaWh9m

Also, the cops will NEVER and HAVE NEVER credited a writer or journalist for helping them solve a case. But every time they said #GoldenStateKiller they credited the work of #MichelleMcNamara and #IllBeGoneInTheDark.

Glory Even in Death

The recent capture of the possible Golden State Killer has propelled many people who knew McNamara to take to social media and comment about her passion.

I am BEYOND thrilled for the capture of #TheGoldenStateKiller and for the brilliant #MichelleMcNamara whose painstaking determination led to the reopening of the case and his ultimate capture! Her book #IllBeGoneInTheDark is not only a BRILLIANT read but the reason this happened!

The legacy #MichelleMcNamara has left for her daughter of determination and finding justice for so many is incredible! I will everyday make make sure her daughter knows how spectacular her mother was, not just for her but for society. #GoldenStateKiller #IllBeGoneInTheDark

Patton Oswalt continued on Twitter and shared an emotional message for his late wife:

Michelle McNamara is being remembered now more than ever, for she is not here to witness the arrest of the man she so passionately investigated. Finally, the monster is caught.