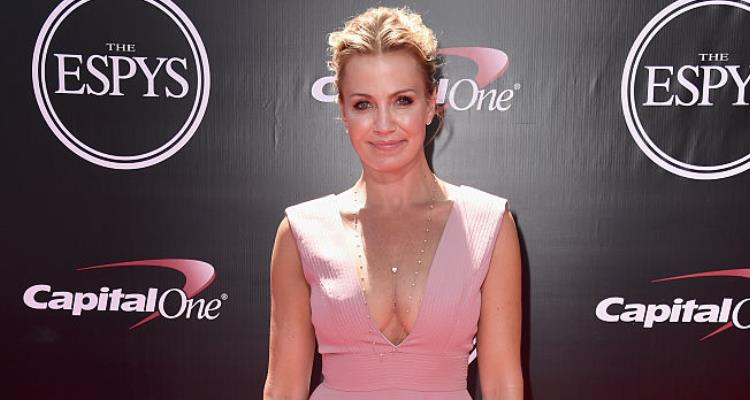 Who is Michelle Beadle’s boyfriend in 2018? That’s the question on everyone’s minds as the blonde bombshell has been dubbed ESPN’s “Female Rebel.” She’s been trending for being “raw” and “uncensored,” which some believe is exactly what’s needed from a female sportscaster. This has turned the attention on her personal life and many are wondering, who is Michelle Beadle dating? Stay tuned for the details on Michelle Beadle’s dating timeline.

Italian-born Michelle Denise Beadle is 42 and works as a sports reporter and host for ESPN. She is the co-host of SportsNation on ESPN2, and formerly worked as host of Winners Bracket on ABC with Marcellus Wiley. Before joining the huge sports network in 2009, she worked smaller hosting jobs on various networks, including College Sports Television and the YES Network.

When I have a free hour at work (on NBA days), I take my giant hippy pillow out, and use my cubicle as an emergency nap pod. The Euro in me dreams of siestas.

It is unknown when Michelle Beadle and Steve Kazee hooked up, but the couple were seen together for years. He is her most famous relationship, as he is a Tony and Grammy award-winning actor. He is also a singer, and according to reports, both of them enjoy WWE.

In an interview for ESPN in 2015, they admitted to living together. While many speculated the couple was planning to get married, it seems their love fizzled out in 2016.

She spoke about it in an interview later that year, saying “It didn’t work.” When asked about her idea of still getting married at City Hall and having a wedding party, she responded, “I’m further away from even that at this point. It’s funny. Although I will say this: I’m going to write a book at some point on sort of the dating vibe in this town [Los Angeles]. It’s hilarious. And by hilarious, I mean depressing. Like, I’m sort of observing it now like wild animals, watching it all happen.

In the December 2016 interview, she shared her hopes of the new year being much better than the previous. She said, “Good lord, the world’s gone to hell. What is my goal? I guess to keep trucking. Ever since I started all of this TV weirdness, I just tried to make each year better than before professionally. So keep doing that. I want to crush this NBA stuff. I want to really make it my thing and I’m so proud to be a part of it. That’s probably the cheesiest thing I’ve ever said out loud. But with everything else, just try to take a little time. I think all of us sort of get stuck in this rat race and we’re exhausted. I mean, take a vacation or something. I’m not even kidding. The second the Finals are over, I’m going somewhere fabulous. And if I don’t, then I would have considered 2017 a failure.”

Going into 2018, Beadle appears to still be single. There haven’t been posts on her social media accounts about dating any men, so maybe she’s focusing on her career and personal goals before going back into a serious relationship. Either way, she’s a strong woman who’s excelling in her career and it certainly doesn’t look like she needs a man to hold things down! She’s feisty and strong opinionated so she’s certainly going to need someone who can handle her ways! And with her gorgeous looks and incredibly charming personality, we have no doubt she’ll find someone perfect for her in every way!