French film actress and leading lady in French cinema and Hollywood features, Michèle Morgan, passed away Tuesday. Michèle Morgan’s age was 96 years old when she died. To celebrate her years of success, we’ve got some interesting facts to share about her past accomplishments.

Michèle Morgan’s cause of death was not declared when French President, François Hollande made the announcement. For those wondering how did Michèle Morgan die, no details have been provided as of yet. Hollande called Morgan, “an elegance, a grace, a legend that left a mark on many generations . . . The greatest directors called upon her, and she was part of masterpieces that still live in everyone’s memories.”

Considered one of the greatest French actresses of the twentieth century, Morgan’s career spanned over the course of 70 years! She was born February 29, 1920 as Simone Renée Roussel in Neuilly-sur-Seine, Hauts-de-Seine, a wealthy suburb of Paris, and grew up in Dieppe, Seine-Maritime, France. In 1942, she married American singer/actor/director/producer, William Marshall and they had one child together, Mike Marshall (1944-2005). Morgan survived her only son. Morgan and Marshall divorced in 1948. In 1950, she married French actor, Henri Vidal (born 1919) and remained with him until his death in 1959. She then lived with actor/writer/film director, Gérard Oury until he died in 2006.

The iconic French actress’ best-known films include Quai des Brumes (Port of Shadows, 1938), The Fallen Idol (1957), and La Symphonie Pastorale (Pastoral Symphony, 1946). She eventually received lifetime achievement accolades at the Cesar Awards and the Venice Film Festival, and a star on the Hollywood Walk of Fame.

Morgan often played the dark-lady in film noir features until the 1970s, when she became more frequent on French television and stage. She also picked up the hobby of painting. When she spoke about Quai des Brumes years after its release, she eloquently described “a scene in which I was in the bed, in the bedroom, and [actor Jean] Gabin was not in the bed. He was sitting on the bed. Oh, it was very, very modest, it was not something very daring when you compare that sort of thing with what they do now. In fact, that scene was more exciting than what they do now, I suppose, because mystery is a great part in a love scene.” Her allure was undeniable as she played romantic and melodramatic parts in an elegant way—an art that seems to be lost in modern film. 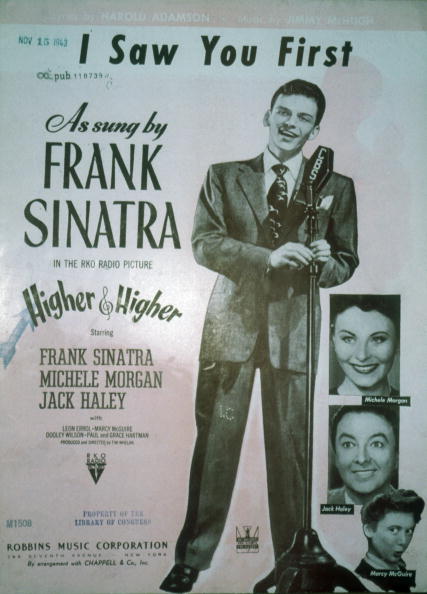 “Miss Morgan’s performance is an exquisite piece of art — tender, proud, and piteous in its comprehensions of the feelings of the blind,” wrote New York Times film critic, Bosley Crowther regarding her performance in La Symphonie Pastorale. She could effectively convey different characters, including an orphaned blind girl in the in the film, as well as historic characters like Joan of Arc in Daughters of Destiny (1954), and Marie Antionette in Shadow of the Guillotine (1956).

Considered the actress with “the most beautiful eyes in cinema,” Morgan’s career has and will continue to go down in history.