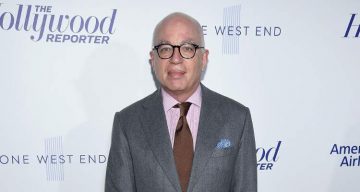 Well-known as a journalist and columnist for USA Today, The Hollywood Reporter, and the U.K. edition of GQ, Michael Wolff has recently been in the news for his book, Fire and Fury: Inside the Trump White House. Well, the title alone is enough to make you want to pick it up! So, keep reading to know more about the author and Michael Wolff’s book!

Who Is Michael Wolff?

According to Michael Wolff’s wiki, he was born in New Jersey on August 27, 1953. He attended Columbia College at Columbia University in New York City and worked as a copy boy at The New York Times while he was a student.

In 1974, he published his first magazine article in The New York Times. His first book, which was a compilation of essays, White Kids, was published in 1979. After publishing his book, Wolff received an advance to write a novel, but he never ended up finishing it.

He launched Michael Wolff & Company, Inc. in 1991. The company specialized in book packaging.

After a 10-year break, Michael Wolff authored the bestselling book, Burn Rate: How I Survived the Gold Rush Years on the Internet. In it, he recounted the details of the financing, along with a detailed breakdown, of a start-up Internet company.

In 2007, he wrote the biography of Rupert Murdoch, The Man Who Owns the News which was published in 2008.

Michael Wolff’s book, Fire and Fury: Inside the Trump White House, is published by Henry Holt & Co. and will be out on January 9, 2018. He conducted interviews and conversations over a period of 18 months with the president and members of his senior staff. He chronicles the administration from Election Day to this past October.

Wolff says that he was able to take up “something like a semi-permanent seat on a couch in the West Wing,” which was an idea encouraged by the president himself, soon after Trump’s inauguration. So, he became “more a constant interloper than an invited guest.” There weren’t any rules or regulations placed on his access, nor was he required to make promises about how he’d report on, or further communicate whatever he witnessed.

As a result, Wolff conducted more than 200 interviews, and found that the administration was flawed and lacked experience. This issue further led to journalistic challenges.

There was havoc —information was provided in a non-systematic way, either off-the-record or on deep background. Later, it was casually put on the record.

When it came to setting up parameters on the use of a conversation, sources would fail to do so or would provide accounts in confidence, only to subsequently share their views widely. And the president’s own views, private as well as public, were constantly shared by others.

Wolff’s book offers a front-row view of Trump’s presidency, from his improvised transition to his first months in the president’s chair, and verbal political wars are anticipated.