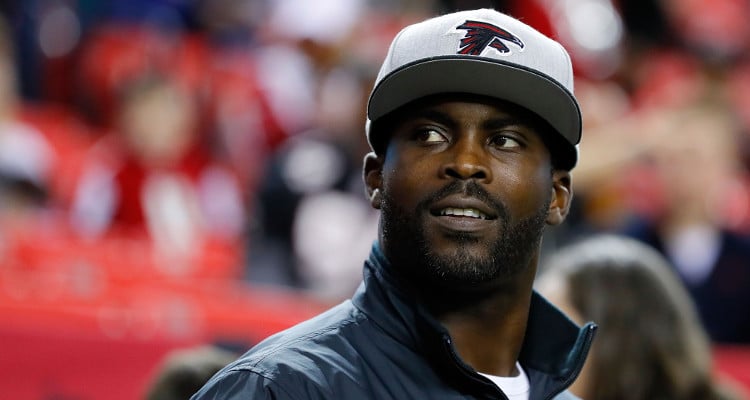 Former footballer-turned-coach, Michael Vick is notorious for his fair share of scandals as much as his game. Who is Michael Frink’s wife? Kijafa Frink is successful in her own right even if her net worth hasn’t been calculated.

After bringing us the ups and downs of Basketball Wives, VH1 is here with a new show on Miami-based football players and their wives. Joining the cast of Baller Wives is Michael Vick and Kijafa Frink. Michael Vick is a headline-making NFL-er whose career was marred with scandals despite his great game. What does his wife bring to Baller Wives? Find out about Michael Vick’s wife in Kijafa Frink’s wiki.

Kijafa Frink is a Philadelphia native born in December 1981, making her around 37 years old. There’s not much known about her early life but she is a major fashion aficionado. She took her passion for fashion and turned into a business by launching the online fashion retail site, Pnk Elephant.

Her site sells everything from clothes to shoes and accessories. She also blogs about the latest trends and trendsetters like Beyoncé, Keke Palmer, and Kim Kardashian. After enjoying much success as with Pnk Elephant, she expanded her online fashion empire with My Hair Closet, an online hair extension shop.

The fashion entrepreneur’s net worth hasn’t been calculated while Michael Vink has a net worth of $15.0 million. The former felon who was once bankrupt has come a long way. He is one of the few athletes who has signed two $100.0 million deals in his career.

A year after Vick, a Virginia Tech graduate, was picked by the Atlanta Falcons in the 2001 NFL draft, he met Kijafa Frink. The two went to a night club with their respective friends where they caught each other’s eye. But neither was willing to make the first move. The quarterback’s friend approached the group of ladies and said the famous footballer was there.

It was later that Frink realized, much to her embarrassment, that the man she was staring at for so long was the famous Falcons quarterback. Vick mustered the courage to talk to her and they hit it off. They dated for a long time before getting engaged in 2009.

#3. They Had a Grand Wedding

Vick popped the question to his longtime girlfriend on her 29th birthday. They tied the knot three years later in a lavish ceremony in 2012. A month before the wedding at Fontainebleau Miami Beach, Frink’s mother passed away. But Frink kept her close on her wedding by carrying a pillow with her mother’s picture instead of a bouquet, and her groom happily obliged.

Their wedding was exclusive with security personnel taking away phones and cameras to prevent any photos getting out. The guests, including NFL bigwigs like LeSean McCoy, Andy Reid, Roddy White, and Aaron Brooks were treated to a menu of gourmet dishes like oysters, shrimp, and lobster with classic comfort food like chicken and waffles. Also following the tropical theme, guests were served bright pink cocktails.

Kijafa Frink famously stood by Michael Vick when he was convicted for running an illegal dog-fighting ring. He served 21 months in prison after his conviction during which he was dropped from many of his lucrative endorsement deals. After his release from prison, he was signed by the Philadelphia Eagles and has since been lobbying for animal rights.

But his past run-ins with the law and stint in prison earned him notoriety in the league. Once ranked among the highest-earning athletes, many of his endorsement deals soured. Most of his money was spent in paying off his lawsuits, loans, and legal team as well as bad investment choices. He eventually filed for bankruptcy.

Things improved for the better when Nike, who had once dropped him, resigned him. Following his wife’s fashion footsteps, Vick launched his own sportswear line, V7.

Made with love ❤️ God bless my baby

#5. They Have Two Daughters

Frink and Vick are parents to two young girls, 13-year-old London, and 10-year-old Jada. Vick also has a son, Mitez Vick from a previous relationship. He and his ex reportedly parted on good terms and are co-parents to Mitez. Frink announced she’s pregnant with their third child (Vick’s fourth). So there’s going to be a new addition to the Baller Wives family soon.

According to reports, a major share of Vick’s earnings went to supporting his family and friends. He paid for the living expenses of his mother, brother, his three children, and their mothers despite financial difficulties. After a financial revival, Vick and Frink now star in Baller Wives which premiered on August 14 on VH1.

Family life ☺️ My first time at the Santa Monica pier …lost footage …How did London who is only 9 get my height ???? Damn Ima be shorter than all the kids ????.