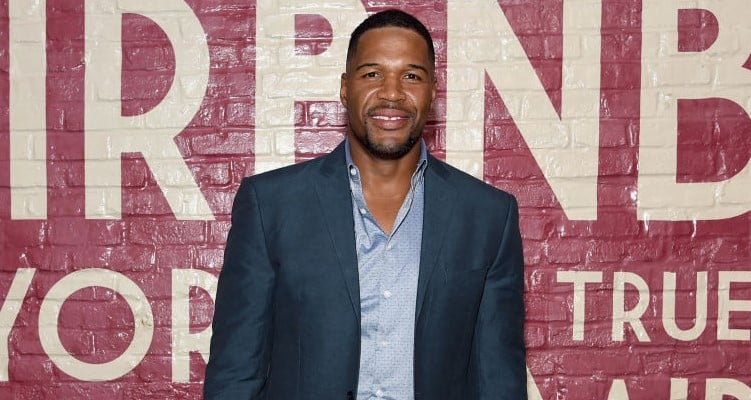 Who is Michael Strahan dating? That’s what fans of the Good Morning America co-host want to know after his recent interview with Ellen DeGeneres. With all the new couples getting hitched, from Joe Jonas to John Stamos, fans want to know about Michael Strahan’s girlfriend in 2017.

Is Michael Strahan in a Relationship?

As of last year, the former New York Giants defensive end was seen showing off some PDA in St. Barts with 28-year-old Kayla Quick. While on the Caribbean beach, the two were seen splashing around and showing off their toned bodies. Despite being a public figure, Strahan has made it clear that he doesn’t normally talk about his personal life.

“You want me to give you a full name? None of your business,” he joked to host Andy Cohen in a past interview. “You know one thing I’ve learned? The whole public relationship thing doesn’t work. So, I prefer to do my thing, and live my life away from that. You’ll put too much pressure on it.”

Who is Kayla Quick?

Reportedly in 2005, an 18-year-old Quick and her high school ex-boyfriend, Justin Hundley were charged with grand theft, after her grandmother, Margaret Cox, got home after dealing with an illness. Cox told the police her jewelry (which was worth $6,000) was missing. Quick was working as a waitress at a Tampa, Florida strip called Thee DollHouse, at the time. Cox said she wanted to press charges and Quick confessed to the crime. The felony charge was turned over, so it’s uncertain what punishment she received.

Although he’s said in the past that he was in a serious relationship, he’s not engaged just yet. Even though he enjoys his privacy, that’s probably the one detail he wouldn’t mind sharing. But then again, maybe the 45-year-old media personality learned his lesson?

If you didn’t look through Michael Strahan’s dating timeline, then you probably missed the fact that he’s already been married twice before. His last public relationship was with Eddie Murphy’s ex-wife, Nicole Mitchell Murphy, whom he was engaged to in 2009. The former couple split in August 2014.

“They love each other very much, but with the distance and work schedule it has been hard to maintain the relationship,” his rep told People.

Strahan and his first wife, Wanda Hutchins divorced in 1996 and have daughter Tanita and son Michael Jr. together, who are both in their early 20s. He divorced his second wife, Jean Muggli in 2006 and they share pre-teen daughters, Sophia and Isabella.

Are Michael Strahan and Lara Spencer dating? No, that hasn’t been confirmed. They mainly work together and are good friends.

While talking to DeGeneres, Strahan reflected on how glad he was that the NFL aren’t punishing players that choose to protest inequality in the U.S.

“I think the crazy thing is, the reason for the protest has been completely lost in all of this,” Strahan said.

He added: “That was one of the things, they thought they were going to put a mandate in that you have to stand up and that you weren’t allowed to kneel,” he said. “And I think that would have gone against exactly what they said they were going to do. They said, ‘I support the players, I support the cause.’ But then if you did how could you tell them that they couldn’t kneel? It was a smart decision on their part. And it’s your right — you have a right to protest.”