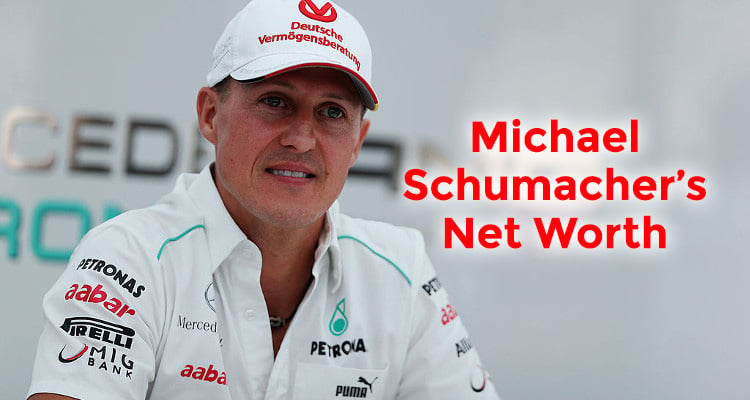 It’s been three years since Michael Schumacher had a freak skiing accident in the French Alps. The Formula One racing great is slowly recovering from the traumatic brain injury.

In 2013, Formula One fans around the world were grimly waiting for news on Michael Schumacher’s health. The racing star suffered a severe head injury while skiing in the French alps. Doctors put him in a medically-induced coma because of the injury. Since recovering consciousness, he has been on a slow path to recovery. Schumacher will celebrate his 48th birthday on January 3, only a few days after the third anniversary of his skiing accident. According to the latest figures, his net worth is around $780 million. Many are wondering how Schumacher’s medical bills are paid for and if his health is improving. We have more information on Michael Schumacher’s net worth, including the latest news on his health.

He was Once among the Highest Paid Athletes in the World

Michael Schumacher used to be a regular feature of Forbes’ list of highest paid athletes. In 2004, he was ranked second on the list, losing out to Tiger Woods by a small margin.

In 2012, Michael Schumacher was ranked 20th on the same list but since his accident, has dropped off the list. Nonetheless, he has seen no decline in his wealth. His net worth, as estimated in 2015, stands at a whopping $780 million.

Schumacher may no longer rank on Forbes’ lists, owing to his inactivity, but he was once a regular in the magazine. In 2006 and 2007, he ranked at 17th and 19th respectively in the top 100 list of the world’s most powerful celebrities. Schumacher was also named the world’s first billionaire athlete by EuroBusiness magazine in 2005.

He Earned a Salary Averaging $20.0 Million

The world’s highest paid athlete naturally has a substantial annual income. According to Forbes, Schumacher earned an annual salary of $20.0 million while he was still active in the F1 circuit. In 2004, his annual salary grossed around $80.0 million.

In 2010, Schumacher returned from retirement for a second time. He and fellow German driver, Nico Rosberg, formed the new Mercedes GP team. The deal with Mercedes reportedly earned Schumacher a hefty $21.0 million per year.

A Significant Share of His Income is from Endorsement Deals

The Laureus World Sportsman of the Year has signed several high-paying endorsement deals in his career. Deutsche Vermögensberatung, a German financial advisory company, signed a three-year deal worth $8.0 million with Schumacher. As part of the deal, Schumacher would wear the company’s advertisement on his post-race cap. The deal that was signed in 1999 was extended to 2010.

A year after his skiing accident, the 48-year-old’s sponsors reportedly dropped the F1 legend as the face of their brands. Companies such as Navyboot, Jet Set, and a few others terminated his contracts as they didn’t think the racer would make a fast recovery. Nevertheless, Schumacher’s long-time sponsors Mercedes and Deutsche Vermögensberatung have pledged to stick by him.

On December 29, 2013, while skiing with his 14-year-old son, Mick Schumacher, in the French Alps, Michael Schumacher fell and hit his head on a rock. Schumacher sustained a severe head injury despite wearing a ski-helmet, but his physicians said that if it wasn’t for the helmet, Schumacher would have been dead. Doctors put him under a medically-induced coma for six months.

After he woke, he was moved from intensive care to a rehabilitation ward. In June 2014, Schumacher was moved for further rehabilitation to University Hospital in Lausanne, Switzerland. By September that year, he was moved to his home in Gland, near Lake Geneva in Switzerland. Michael Schumacher is known to keep his personal life private so, aside from assurances to fans, not many details have been disclosed about his current health.

Schumacher reportedly has a team of 15 medical personnel attending to him. His medical bills run up to $150,000 a week. The latest news reports claim that around $25.0 million has been spent on his rehabilitation and medical expenses during these three years. Though Schumacher’s medical bills don’t burden the family’s substantial wealth, his wife, Corinna Betsch, has sold their private jet (worth $25.0 million) and a holiday home in Norway accepting that her husband will never fully recover enough for the family to use either again.

He has Done a Lot of Charity

Schumacher has always been quite the philanthropist. He donated $10.0 million in aid for those affected by the 2004 Indian Ocean Tsunami. Schumacher’s bodyguard, Burkhard Cramer, and Cramer’s two sons died in the devastating earthquake that claimed thousands. Michael Schumacher’s donation was so large, it surpassed that of any other sportsperson, most sports leagues, many worldwide corporations, and even some countries.

The former F1 champion was also a UNESCO envoy for Education and Sport and donated money to their cause. In 1997, he helped open a clinic for child victims of the Balkan war in Sarajevo. He has also funded other charitable causes.