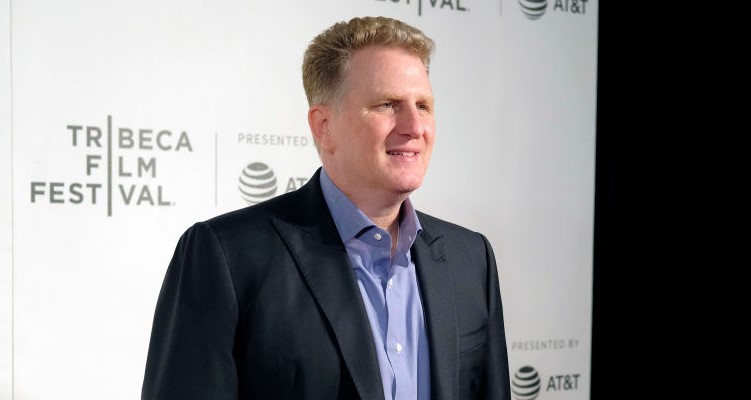 Michael Rapaport is many things. He’s a comedic actor who has appeared in TV shows like Justified and White Famous. He’s directed documentaries, appeared on countless talk shows, and he’s also a giant basketball fan; the Knicks in particular. With his extreme fandom in mind, Rapaport has written a book called This Book Has Balls: Sports Rants From the MVP of Talking Trash. Reading through some of his rants, you may wonder to yourself, “Who is Michael Rapaport’s wife? Who is the poor soul who has to put up with him yelling at the game on TV?” For a while, it used to be Michael Rapaport and Nichole Beattie, but now he appears to be involved with a woman named Kebe Dunn. What kind of woman can put up with that kind of ranting? Keep reading to find out!

Michael Rapaport began his career in show business as a stand-up comedian. Even by his own admission, he wasn’t particularly good and it was a short-lived career. From there, Rapaport would bridge into acting with the film, Zebrahead. Since then, Rapaport has worked constantly as an actor with parts in films like True Romance, Cop Land, The 6th Day, and The Heat, as well as television shows like Boston Public, The War at Home, and Justified. Rapaport would also take on directing when he made Beats, Rhymes & Life: The Travels of A Tribe Called Quest, a great documentary on the hip-hop group, A Tribe Called Quest.

Michael Rapaport’s ex-wife is a woman named Nichole Beattie. Beattie is not exactly a household name but there is a very good chance that over the last decade, you’ve watched a show that she has worked on. Beattie is a writer and producer who got her first big break in television writing on the critically acclaimed, Deadwood being picked up by series creator, David Milch. That would be followed by writing for Milch’s next show, John from Cincinnati. After a period of uncertainty during the 2007-2008 Writer’s Guild strike, Beattie would hit the ground running as a writer on Sons of Anarchy, Rubicon, and Prime Suspect. These would pale in comparison to her most popular gig as a writer and producer on The Walking Dead. Beattie joined The Walking Dead in 2012 and left after the 2014 season. Since that point, she has written for Emerald City and The Bastard Executioner.

Not much about her marriage to Rapaport is known. The couple got married in 2000 and divorced in 2007. While married, they had two children. Michael Rapaport’s children are named Maceo Shane Rapaport and Julian Ali Rapaport. As far as Hollywood divorces go, it was fairly quiet with only a few public mentions of it, like a very quick mention on Mark Maron’s podcast. It was so quiet that many sources didn’t even notice that the separation and divorce had occurred.

Since his divorce, Rapaport has kept his latest relationship pretty quiet, as well. Here’s what we know for sure: Her name is Kebe Dunn. She is an actress but has very limited credits. As to the extent of their relationship, that’s anyone’s guess. A quick search of “Michael Rapaport and Kebe Dunn” will bring up a number of pictures of the couple at various events and premieres together, and the two do follow and retweet each other on Twitter. Beyond that, not much is said. There are some websites that list them as married but as of this writing, we can’t confirm that. So, is Kebe Dunn going to be Michael Rapaport’s new wife? Only time will tell.