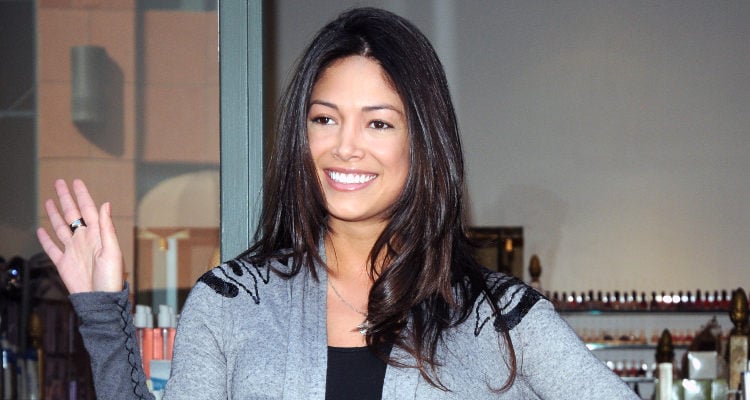 Michael is already taking the Olympics by storm, delivering back to back amazing performances. There’s no denying that he is one of the most amazing swimmers on the planet! And this year, it seems he has only gotten better! Unfortunately, he’s throwing in the towel after Rio, as this will be the last time Michael will be participating in the Olympics.

The love story between Nicole Johnson and Michael Phelps started in 2009. However, for a while they were an on-again, off-again couple. Michael said they were on and off for eight years but they have gone through so much together, and it seems now, their relationship is stronger than ever. Recently, there has been a new addition to their family as Nicole gave birth to Michael Phelps’ son, Boomer Robert Phelps, on May 5th. Nicole Johnson’s pics are mostly of little Boomer, as they are posted all over her official Nicole Johnson Instagram account (@nicole.m.johnson). That’s also how she shared the news of Boomer’s arrival into the world! On February 21, Michael proposed to Johnson and she shared this news with the world via her Instagram account, as well!

So, if you have been hitting up the Internet trying to search for Michael Phelps fiancee photos, then you have come to the right place because to celebrate his victory and his love, we present to you 10 most adorable and stunning pictures of Michael Phelps and his wife, Nicole Johnson.

2nd flight (of many) for mr. boomer ???? such a good lil traveler! #lovemyfamily

Since the Olympic season is on, the Phelps’ family has been traveling a lot. Nicole and their son Boomer went to Rio to cheer and support Michael.

This brought so many memories back when I saw it in my feed ???????? such a flood of emotions!! Thank you @intagemsanddiamonds & @peterphengyoung for not only posting this but also for becoming such a major piece of my life. I will never forget meeting you guys the night I was crowned with this gorgeous tiara ???? And now I carry a piece of your jewels with me everyday… Thank you for helping @m_phelps00 create my perfect engagement ring ???????? #family #memories

The 31-year-old once held the title of Miss California USA. In the year 2007, she was the first runner-up and she was crowned in the year 2010.

I’m at an absolute loss for words. Couldn’t be more proud of @m_phelps00. He is the epitome of working hard, dreaming big and achieving the all American Dream. #myfamily #20 #21 #25 #3down

Just looking at the photo makes you understand how proud Nicole is of her swimming champion fiance! This was right after he won a medal.

I got to spend the day at the @atlantaaquarium yesterday with the family!! @nicole.m.johnson @boomerrphelps We were in so pumped to see the animals!!

What’s the one thing Michael likes to do after a long day at practice? Spend some time with his family!

I told @boomerrphelps that his daddy @m_phelps00’s is going to be carrying the #American Flag in opening ceremonies and he thought it was the coolest thing ever!! #proudfamily #rio2016

This cute little munchkin is already supporting his daddy’s dreams and goals by wearing an Olympic romper. Boomer even has his own Instagram account (@boomerrphelps), of course, handled by his mother and father. You can follow him for your daily dose of cuteness.

6. Welcome to the World

The priceless moment every expectant couple waits for. Baby Boomer was born on May 5th, 2016. Just look at the happiness on Michael Phelps’ face!

7. Soon to be Married

#tbt @nicole.m.johnson and I on vaca in Cabo!!! #gopro

The daddy of one got down on his knee and proposed his longtime girlfriend on February 2016! They are yet to decide on their marriage date, however, according to sources they are planning to get married soon!

Reminiscing about our week during trials and this photo is one of my favorite memories! Of course there were many friends who joined us in #omaha but these are the only kids who were brave enough to travel with their parents ???? #teammp

Although Baby Boomer is very young, he is already used to traveling! They love getting the opportunity to spend time with other new parents, and they have already formed relationships with other Olympic families!

@msjuno chilled in the car while @m_phelps00 & I checked out some houses! We’re all looking forward to making this another home for us ???? #rayban

If you are not satisfied by following Nicole, Michael and Boomer, then you will be glad to know that their dog Juno also has his own Instagram account! Take a glimpse into his daily life to see how the Olympian’s dog lives!

Thank you to the amazing women @barre3scottsdalepv for choosing me to be the first monthly ambassador!! Today was my 4th class since I had Boomer and it feels amazing to get my sweat on!! Thankfully there’s classes online so I’ll be able to practice while in Rio!! #barre3 #barre3anywhere #barre3scottsdalepv #imsorealready

Nicole is already trying to get back in shape after having her first kid. In the image above she can be seen trying to sweat it out and to maintain her fitness.

Michael and Nicole make an amazing couple and we cannot wait for them to get married! If you want to know more information about the awesome couple or want to learn details about Michael’s Olympic career then click here.