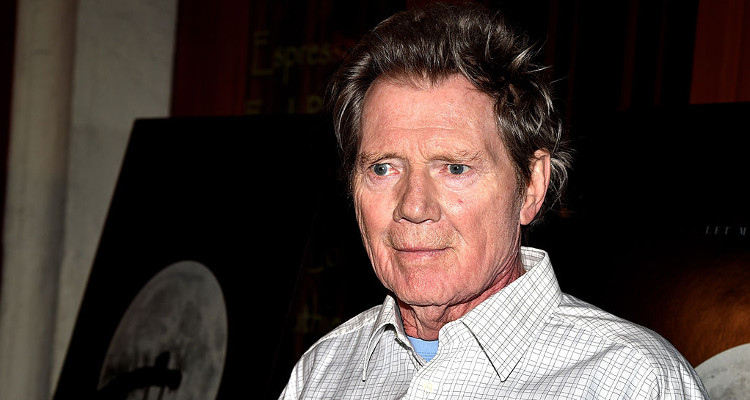 Michael Parks had a passion for his craft, and worked hard at it throughout his life. He acted in both movies and TV during his long and illustrious career, while also being an accomplished singer. Even though his personal life was troubled, he gave his best to everything he did.

Michael Parks was one of the best character actors that Hollywood ever saw. Parks died on May 9, 2017 in Los Angeles, at the age of 77. Michael Parks’ cause of death has not yet been disclosed, and both filmmakers and his fans are mourning his loss. Director Kevin Smith remembered the actor in a post on Instagram writing, “Michael was, and will likely forever remain, the best actor I’ve ever known. I wrote both [Red State] and [Tusk] for Parks; I loved his acting so much.” Here are some details from Michael Parks’ wiki.

Michael Parks was born on April 24, 1940 in Corona, California. He drifted from job to job as a teenager, looking for direction in his life. He would pick fruit, dig ditches, drive trucks, and fight forest fires. Parks was married for two years when he was 16 years old. Michael Parks’ first wife was Louise M. Johnson, and the couple had one child together. A few years after their divorce, Parks married actress Jan Moriarty. They were married for just three months when Moriarty died of an overdose. His third wife was Caroline Kay Carson, and they had a son named James Parks, who also became an actor. When Parks died, he was married Oriana Parks, his fifth wife with whom he recently celebrated 20 years of marriage.

Parks began his acting career in 1961 on the ABC sitcom, The Real McCoys. He appeared in other TV shows like Parry Mason, Sam Benedict, and The Eleventh Hour. Soon he was acting in films as well, including The Happening and Stranger by Night. Parks continued to act in both TV and films right through the 1970s and 1980s, being known as a very good and dependable actor.

Michael Parks really came into his own when he teamed up with avant-garde directors like Quentin Tarantino, Robert Rodriguez, and Kevin Smith. He played major roles in films like From Dusk Till Dawn, Kill Bill: Volume 1, Kill Bill: Volume 2, Grindhouse, Argo, Django Unchained, and We Are What We Are. Parks also acted in acclaimed TV series like The Equalizer, Twin Peaks, and Walker, Texas Ranger. He was recently cast in the upcoming film, Hostiles at the time of his death, with three more movies announced, and an another in post-production, expected to be released later this year.

Parks was multi-talented and could sing well, too. He sang “Long Lonesome Highway,” the theme song for Then Came Bronson, and it became a Billboard Top 100 hit. He recorded several albums like Closing the Gap, Blue, Lost & Found, You Don’t Know Me, Coolin’ Soup, and The Red State Sessions. There is no information about Michael Parks’ net worth, but considering his long and successful career, it must have been substantial. With Parks’ death, Hollywood has lost one of its most experienced and dependable actors. He will surely be missed by his family, friends, fans, and colleagues. RIP Michael Parks.