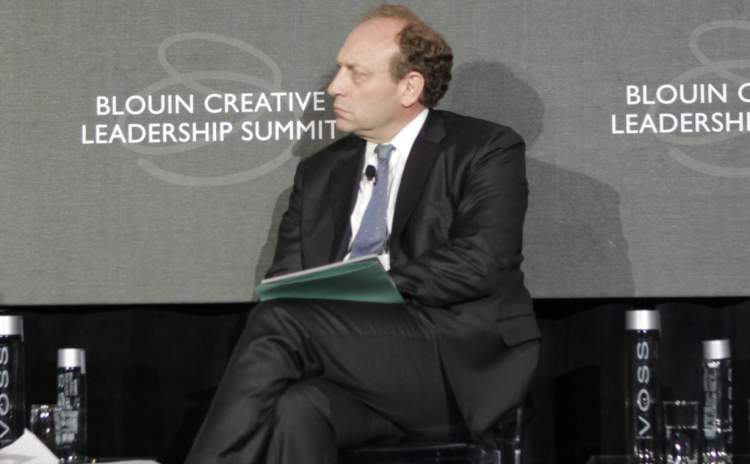 NPR Vice President Michael Oreskes has asked to go on an indefinite leave, following allegations of sexual misconducts and “kissing women during meetings.” Is this another top notch personality biting the dust amidst such allegations? Read on for the full story.

It looks like allegations and accusations are the flavor of the season. The next in line to get scrutinized is a top executive of NPR. In a shocking development, Michael Oreskes the NPR Senior Vice President of News and Editorial Director has been asked to step down from his position to take an indefinite leave, while the company investigates these allegations of sexual misconduct. The Michael Oreskes sexual harassment story is the latest development to rock the Hollywood headlines. We will be discussing it all, right here in our Michael Oreskes wiki.

Who is Michale Oreskes?

Born to parents Susan (a teacher) and Irwin Oreskes (a professor of medical laboratory sciences and a former Dean of the School of Health Sciences at Hunter College in New York),  Michael Oreskes rose to fame as the Senior VP of News and Editorial director at NPR. Oreskes has three other siblings namely Naomi Oreskes, who is a historian of science, Daniel Oreskes, an actor by profession, and Rebecca Oreskes, a writer and also a U.S. Forest Service ranger. Michael Oreskes’ wife is Geraldine Baum, whom he married in Jewish ceremony back in 1989. Not much is known about Michael Oreskes’ kids so there is not much of information whether they have children or not. He was born in the year of 1964, making Michael Oreskes’ age 63.

Two un-named women recently spoke to the Washington Post, alleging that Michael Oreskes was in the habit of kissing women while in conversation with them during meetings to discuss their prospects in the company. It should be noted that these allegations stem from incidents that took place two decades ago, when Oreskes was with the New York Times. However, there is another allegation from another woman named Rebecca Hersher, who currently works in the same organization as Oreses now. These two women from the previous organization have requested anonymity so as to not harm their career prospects in the future.

Rebecca Hersher informed the HR of the company about Oreskes in the year 2015, as she detailed an uncomfortable dinner meeting she attended with him. She described how he’d turn the discussion to non-related work things, including an ex-girlfriend he referred to as his first “sex girlfriend.”

According to Hersher, “From my point of view, every little thing that he or I said pointed to the relative difference in power,” she said. “Like he’s the one with the power. He’s the one who gets to decide what we talk about — and I am trying to keep up.”

Now with these allegations against the Vice President, NPR’s CEO Jarl Mohn is not taking things lightly. In a staff note sent by Jarl Mohn, he has said: “We take these kinds of allegations very seriously. If a concern is raised, we review the matter promptly. We take all appropriate steps to assure a safe, comfortable, and productive work environment for everyone at NPR. … This is our NPR. And I will stand up for it, and every one of you.”

These allegations against Oreskes seem to be the latest to hit major figures from Hollywood. Stemming from all the Harvey Weinstein accusations, many other bigwigs in the industry are being outed every day. More and more people who have faced such incidents in the past are coming forward to voice their personal stories of how people in positions of power misuse it to get away with sexual misconduct.