Star Trek: The Next Generation star Marina Sirtis revealed some sad news on Twitter on Monday. The actress’ husband, Michael Lamper, passed away on December 8, 2019, at the age of 61. She said that he died peacefully in his sleep. Lamper was recognizable by his cameo on his wife’s show and famous for his music career. Our Michael Lamper wiki pays tribute to Marina Sirtis’ husband and his legacy.

Born Joseph Michael Lamper on January 2, 1958, the California native grew up in Los Angeles, though he graduated from South Dade High School in Homestead, Florida. British-born Marina Sirtis (born March 29, 1955) had moved to the U.S. in 1986, when she was 31.

Aiming to further her acting career, she settled in Los Angeles where she bagged her breakout role as Deanna Troi in Star Trek: The Next Generation. It’s not known when and how she met L.A. resident Lamper. 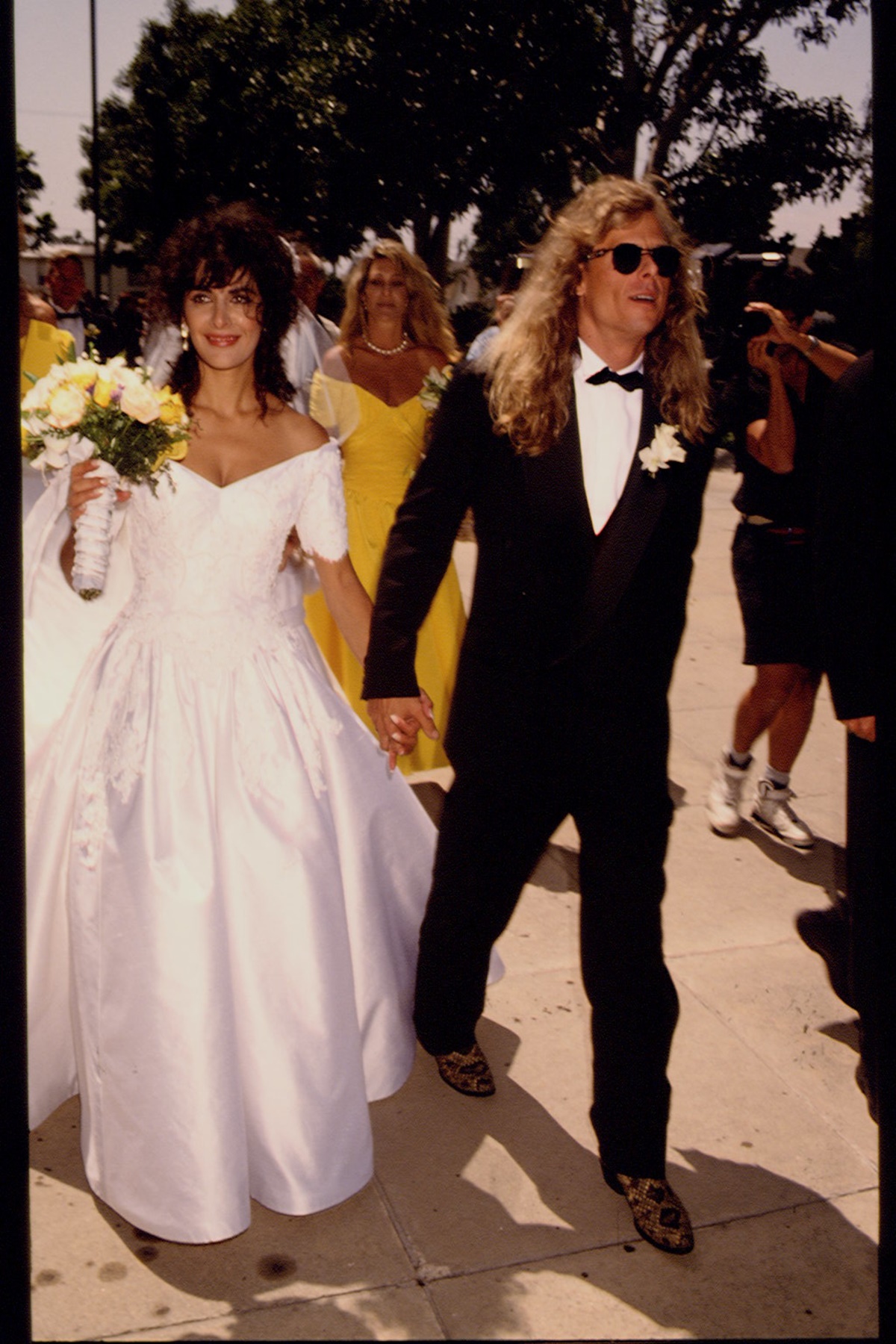 They clicked and tied the knot on June 21, 1992. Her Star Trek costars including LeVar Burton, Michael Dorn, Patrick Stewart and Brent Spiner were in attendance. Spiner and Dorn were Lamper’s groomsmen at the wedding at St. Sophia Cathedral in L.A. Actress and Sirtis’ friend, Ann Turkel, was also part of the bridal party.

Lamper had made an appearance as an Acamarian Gatherer in The Next Generation season 3.

Lamper Was the Lead Singer of Steely Jam

Professionally, Lamper was passionate about music, golf, and surfing. He played professional golf to a limited extent, but his primary pursuits were in the field of music.

A VERY happy birthday to our one-of-a-kind lead singer Michael Lamper. Wishing you every happiness!

He was the frontman and musical director of Steely Jam, a Steely Dan tribute band based in California.

The band’s website describes him as one who “brings audiences into this world with a joy and charm that leaves the room screaming for more. His powerful, graceful, melodic voice provides the cannon fodder, while his sense of humor pulls the trigger.”

Lamper was doing what he loved until the end. The band’s statements after his death say that they had last performed with the singer on Saturday night.

“That night, he said how grateful he was to be able to do the things he loved like surf, golf and of course, play music,” a part of the statement read.

Michael Lamper Passed Away in His Sleep

Sirtis announced via Twitter that Lamper passed away in his sleep on Sunday, December 8, 2019. She revealed she would be taking some time off work to mourn privately.

The band also released statements about his passing on their social media pages. Lamper’s last performance was on Saturday in Santa Monica and he had recently announced their December tour dates. There’s no word on their future performances in the wake of Lamper’s passing.

It is with heavy hearts that we must announce the sudden passing of our lead singer, Michael Lamper who left us…

Lamper is survived by his wife and extended family. He and Sirtis didn’t have any children.