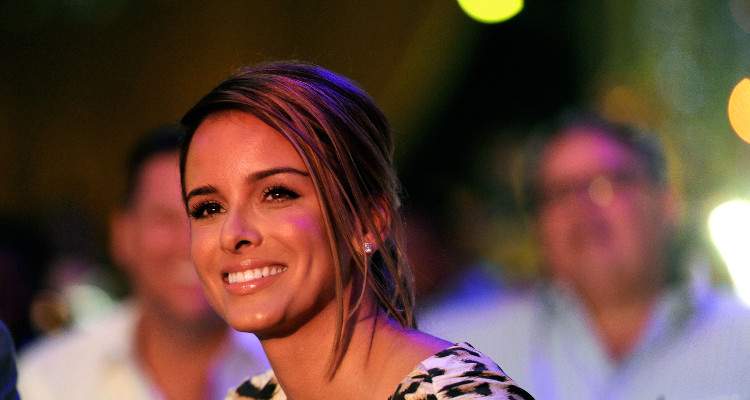 Yvette Prieto is no stranger to fame as she was a model before marrying basketball legend Michael Jordan in 2013. She is originally from Cuba, but did most of her work in the U.S. Prieto is a mother to twin daughters and spends a lot of her time taking care of her family. She occasionally accompanies Jordan to red carpet events and basketball games but prefers to keep a low profile. Keep reading to learn more about Michael Jordan’s wife in our Yvette Prieto wiki!

Now that basketball legend Michael Jordan’s eldest son, Jeffrey Jordan, announced his engagement to his longtime girlfriend Radina Aneva, the spotlight has fallen directly on his family and wife. People are curious to know more about Yvette Prieto, whom not much is known.

Even though reams were written about Jordan and his exploits, Prieto maintained a low profile. So, who is Yvette Prieto?

The Cuban model married Michael Jordan in April 2013, in Palm Beach, Florida. We have all you need to know about her, so keep reading to know more.

Born in March 1979, in Cuba, Yvette Prieto’s age is 38. She became a famous model in the U.S. and modeled for designer Alexander Wang. She also appeared in the TV documentary, Cuba: An Island Apart, where she played herself.

Prieto met Jordan at a club in 2008, and the two moved in together a year later. They got engaged on Christmas 2011, and two years later, they got married at Bethesda-by-the-Sea Episcopal Church in April 2013.

It was a grand wedding, with celebrities like Usher and Robin Thicke performing at their reception. Her gorgeous wedding dress was designed by J’Aton Couture.

The couple honeymooned in Greece where they spent their time sightseeing. The paparazzi had a field day taking pictures of the famous couple as they enjoyed spending time together in the beautiful country.

Before marrying Jordan, Prieto dated Julio Iglesias Jr., Enrique Iglesias’ brother. Since getting married, she kept herself out of the limelight.

Prieto is also the stepmother to Michael Jordan’s three children with Juanita Vanoy.

Also Read:  LeBron James’ Net Worth in 2018: King James on the Path to Beating Michael Jordan

Age Difference Not a Problem

Even though there is a 16-year age difference between Prieto and Jordan, it has never come in the way of their happy relationship.

Having been a famous model and celebrity herself, she knows the difficulties of living her life while the media follows. These days, Prieto is content with taking care of her children and family, while still making time to model.

A Celebration in the Family

Yvette Prieto’s Instagram account has pictures of her and Jordan’s wedding, spending time with friends and colleagues, and attending red carpet events.

The couple took their time starting a life together, and still take things one day at a time. And, with the good news of her stepson’s engagement, the Jordan family have a lot to celebrate!