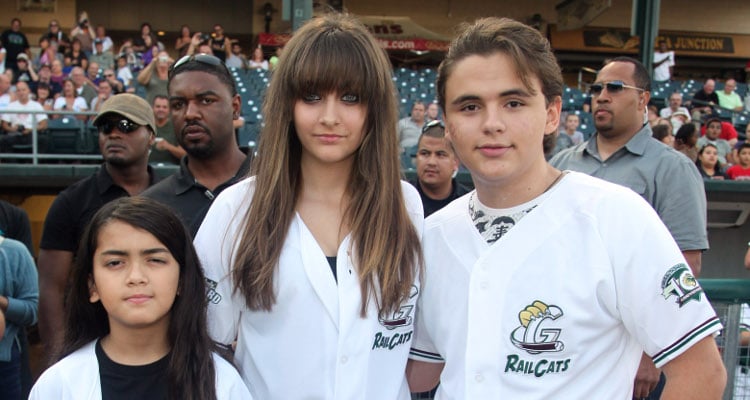 The world will never forget the heartbreaking image of Michael Jackson’s kids trying to put on a brave face at their father’s memorial service. From then-11-year-old Paris Jackson’s touching eulogy, to the kind words spoken to them by strangers, everyone’s hearts went out to his children.

Michael Jackson died on June 25, 2009 after an overdose of propofol, midazolam, diazepam, and lidocaine prescribed by the singer’s physician, Conrad Murray. A Los Angeles coroner ruled Michael Jackson’s death to be a homicide.

Even before his death, questions have surrounded the late singer and his children. One of the most common being: “Does Michael Jackson have biological kids?” Tired of the rumors, Paris Jackson spoke out about her mixed heritage. According to Michael Jackson’s daughter, the singer “would look me in the eyes and he’d point his finger at me and he’d be like, ‘You’re black. Be proud of your roots.’ And I’d be like, ‘OK, he’s my dad, why would he lie to me?’ To my knowledge, he’s never lied to me.”

Where Are Michael Jackson’s Kids Now?

thank you @teenvogue @hamilton @markvmode @voguemagazine @elainewelteroth @saramoonves @aarondemey1 @stephstonenails @itboygregk @starworksgroup @hedislimane i'm very grateful to have been able to choose something very important to me to talk about and not have my words twisted for once. you guys are really dope people.

At the time of their father’s death, Michael Joseph “Prince” Jackson Jr., was 12 years old, Paris Jackson was 11, and Prince Michael “Blanket” Jackson II was only seven. Nearly eight years since the singer’s death, Paris Jackson is a budding actress and a model. In 2011, she made her film debut in the fantasy movie, Lundon’s Bridge and the Three Keys. She is now focussing on her modeling career, and is currently filming Gringo, alongside stars like David Oyelowo, Charlize Theron, and Joel Edgerton.

Paris Jackson is a Budding Actress

It seems as though not everybody knows who Paris Jackson is. Apparently, the 19-year-old walked on set of her new film and had to take to Twitter, after she was not recognized, “One of the first people on set, sitting in the parking lot and this dude comes up to me and says homeless people aren’t allowed in this area.”

Paris shared a picture of herself sitting cross-legged on the floor adding, “I said oh sorry i’m waiting for hair and makeup should I wait elsewhere also why do you assume i’m homeless.”

What are Prince and Blanket Up to Now?

Prince launched King’s Sons Productions and now creates music videos. According to Prince, “Oh, my dad is the King of Pop, but I can’t sing or dance.” He is more comfortable working behind the scenes, which seemed to always be his passion, “My dad would ask me what I wanted to do, and my answer was always producing and directing.”

Blanket had a hard time dealing with Michael Jackson’s death, especially considering he was so young when it occurred. He now goes by the name Bigi and goes to a private high school. A source added that Blanket is still a shy kid, but is confident in school and focuses on his grades, sports, and movies.