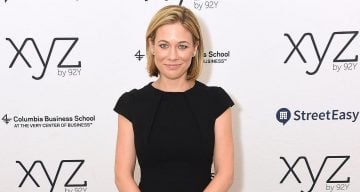 Elise Jordan was shattered when her husband of two years, journalist Michael Hastings, died in an automobile crash. Despite conspiracy theories stating that his death was not an accident, Jordan believed it was a just a tragic incident. She found the courage to move on with the help of her family and friends. Today, she is a busy political analyst who appears on NBC News and Morning Joe, and she also writes for TIME magazine. With her strength, passion, and intelligence, Jordan has become an inspiration for young women and girls in America.

Who Is Elise Jordan?

Born in Holly Springs, Mississippi to her parents Susan Boone Jordan and Kelly Jordan, Elise Jordan is MSNBC and NBC News’ political analyst, as well as a contributor to TIME magazine.

Earlier, Elise Jordan was Rand Paul’s policy adviser throughout the 2016 presidential campaign. During the time George W. Bush was the president of the United States, she worked in the White House Office of Presidential Speechwriting.

According to sources, Elise Jordan’s age is 33 years old. Although her full name is Catherine Elise Jordan she prefers to be called simply Elise Jordan. She has a brother named Russell Jordan.

People are curious to know about her, so here are some details from Elise Jordan’s wiki.

She Worked as a Speechwriter

Jordan has worked at the State Department as a speechwriter to Secretary of State Condoleezza Rice during the Bush administration years. She joined the National Security Council in 2007.
When Jordan was working at the White House, she worked for long periods at the U.S. Embassy in Baghdad, Iraq, and at the Commanding General’s Strategic Advisory Group at the International Security Assistance Force (ISAF) headquarters in Kabul, Afghanistan.

Apart from being a political analyst at NBC News, Elise Jordan also contributes regularly to the TV program, Morning Joe.

Elise Jordan’s a Yale University graduate. She earned her bachelor’s degree in arts from the university, where she studied from 2000 to 2004.

She Was Married to Journalist Michael Hastings

The Young Man and the Sea! (Before he started 🤢)

According to reports, Jordan is currently single. She was earlier married to the late Michael Hastings, a journalist.

Hastings was an author, a contributing editor to Rolling Stone, and a reporter for BuzzFeed. He wrote extensively on the Iraq war for Newsweek magazine.

One year ago today! Thanks @m1keh0gan for making me grateful for every second with you. ❤️

The couple got married on May 21, 2011, in Hernando, Mississippi. Michael Hastings and Elise Jordan’s wedding was a simple ceremony, where they exchanged wedding vows in the presence of their family members and close friends.

The political analyst’s marital happiness was short-lived, as Elise Jordan’s husband died in a single-vehicle automobile crash in the Hancock Park neighborhood of Los Angeles, California, on June 18, 2013.

Following his death, rumors were circulating that the crash was not a simple accident, and that Hastings was a victim of a conspiracy.

Michael Hastings’ widow has always maintained that her husband’s death was just an accident and that she did not believe in any conspiracy theories.

She even appeared on Piers Morgan’s show on CNN and said, “I have no doubt that he was pursuing a hot story. He always had at least five hot stories going – that was Michael. My gut here is that it was really a tragic accident and I’m very unlucky and the world is very unlucky.”

The Courage to Move On

Despite the extreme sadness that Jordan was enveloped in after Hasting’s death, she worked hard and moved on. Today, she has put all her passion into her work and career and is one of the most liked and credible figures on NBC News.

It’s no surprise that Jordan has a net worth that’s estimated to be around $1.2 million.

Tow truck ride #2, because it’s New Jersey and you have to pay as many people as possible

Jordan is active on social media, which is how she keeps in touch with her friends, fans, and well-wishers. Her Instagram account is full of pictures of Jordan with her nephew and nieces, with her dog, and with her family members.

There are also many pictures of her late husband, Michael Hastings, and her with him. It’s evident that Jordan still misses Hastings and is keeping his memory alive in her heart.

She Is an Inspirational Figure

Jordan currently lives in Sag Harbor, New York, and is focusing on her career. Despite her busy schedule, she makes sure that she has quality time to spend with her family and relatives and on renewing herself.

It’s not easy to carry on after the demise of a loved one. But Jordan has proved that she has the strength and courage to do so.

Elise Jordan is an inspirational figure to young women and girls everywhere that one can work hard and build a career of one’s dreams.