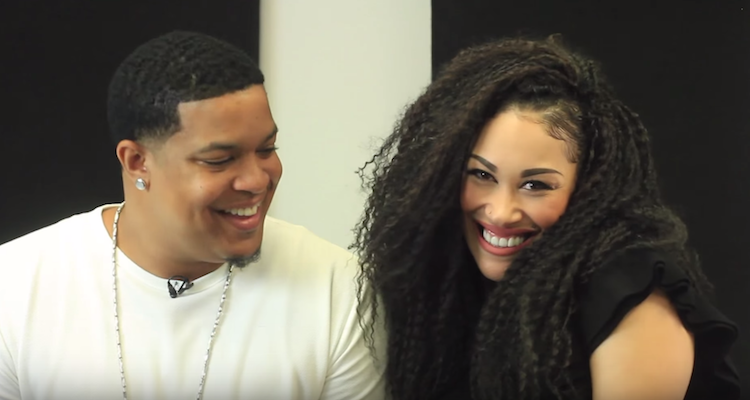 Who Is Michael Ford?

Michael Ford’s age is unknown but he was born Michael Jamar Ford and is an ordained minister. Michael Ford’s net worth hasn’t been confirmed, but it’s rumored to be about $4.0 million.

Ford is Wyatt’s second husband and they have been married since 2010. They share eight children together (one is from Ford’s previous relationship) and Wyatt is currently pregnant with her eighth child (which is also Wyatt’s).

Wyatt Told Ford to Kill Himself

Last year, on the Friday, October 21 episode of Marriage Boot Camp: Reality Stars, the R&B singer and her husband were supposed to work on their marriage but instead, viewers got a glimpse of Wyatt’s temper. The exercise involved a swimming pool and Wyatt said she didn’t want to participate since she couldn’t swim, which caused Ford to be annoyed with her.

“Kill yourself!” she yelled and told cameras not to follow. “You can just go kill yourself. You can go float in the river!” She locked herself in her room and said, “You can live your life by yourself, and I’ll live mine.”

In an emotional video, the Souls Sista singer talked about Ford wanting a divorce relating to trust issues, all while Wyatt is eight months pregnant with their ninth child.

“You want to know something, America? When you 8 months pregnant and you got a child sick, in and out of the hospital, and your husband got the nerve to tell you that he wants a divorce. Because… he says that you’re an emotional wreck. He says that from the very beginning you never trusted me and all that kind of stuff. Telling other people, other women that we getting a divorce and if she calls…like, what?! I’m so done with Michael Jamar. Y’all can have him and roast his ass. I don’t care.”

This wouldn’t be the first time that a man has left a woman while she was pregnant. Naomi Watts’ new boyfriend, Billy Crudup, left Weeds alum Mary-Louise Parker for Claire Danes, when Parker was six months pregnant with their son. Wyatt also suspects that Ford has been cheating and so far, her fans have come together to attack Ford on social media.

The estranged couple also have a child in the hospital who is currently fighting cancer. Wyatt and her family shaved their heads in support, and fans have sent their many thoughts and prayers for a speedy recovery.