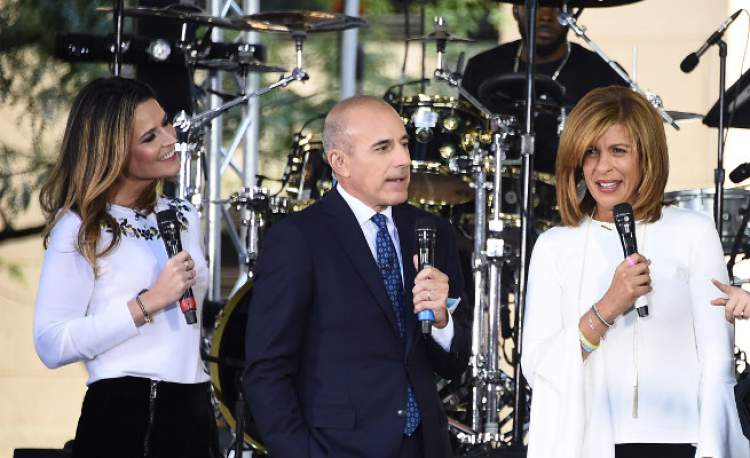 Savannah Guthrie and Hoda Kotb announced on Today that Matt Lauer was fired following a sexual misconduct allegation from an NBC employee. Guthrie has been associated with the show since 2012, and in that time, got engaged. She showed off her huge rock on the show and now, fans want to know what her husband, Michael Feldman’s net worth is.

Savannah Guthrie is currently a co-host of the Today show on NBC. She was a White House Correspondent from 2008-2011 when President Obama was in office. Her interviews were liked by all, and her charm attracted more fans to NBC. That same charm attracted another lucky fellow—Michael Feldman. Savannah Guthrie’s husband dated her for four years before popping the question, and here’s what you need to know about him.

#1. Michael Feldman Has Been Politically Active Since Bill Clinton

Michael Feldman was born on October 14, 1968, making his age 49. He’s a graduate from Tufts University with a degree in political science.

Feldman was in the political scene starting from President Bill Clinton’s time in office. He was a staff member in Clinton’s campaign in 1992 and later joined the Clinton Administration.

In 1997, he joined Vice President Al Gore’s staff as senior adviser. He was head of The Glover Park Group campaign back in the early 2000s, and now, he is their managing director and heads the environment and entertainment practices.

Savannah Guthrie began dating Feldman a year or so after her divorce from her first husband, Mark Orchard. At the time, he was her consultant on all things politics, but soon became her fiancé in 2013.

He popped the question while on vacation in Turks and Caicos, and she said yes! The couple tied the knot in 2014, and two days later, Guthrie announced that she was four months pregnant with Vale Guthrie Feldman.

The couple welcomed their second child, Charles Max in 2016 and the 45-year-old is more than happy with her growing family.

#3. He’s Been a Very Supportive Husband

Savannah Guthrie has been successful in almost all of her endeavors. Being a doting husband, Feldman has been by her side the entire time. When she wrote the children’s book, Princesses Wear Pants this year, her biggest fans were, of course, her adorable family.

He even promoted her book on his Instagram page, and probably reads it to his kids every night, too! Though Michael Feldman’s net worth is not calculated, we do know Savannah Guthrie’s net worth is a comfortable $2.0 million. So it looks like making money the least of their concerns!

If you head over to Feldman’s Instagram account, you’ll see that of the many things he’s enthusiastic about, he loves to eat, drink, and be merry. He enjoys the finer things in life, and beer is one of them! We know from his Instagram that he is anti-smoking after captioning a photo of a cigarette butt bin with, “gross.” Sounds like he’s the perfect father figure!

It might be more of Feldman’s influence, but the entire family, including baby Charles and his sister Vale, go green during NFL season! The Philadelphia Eagles definitely have support from this adorable family. Apart from football, Feldman loves to shoot a ball or two, and we’re sure he’ll keep his family on their toes (once they all start walking that is!).