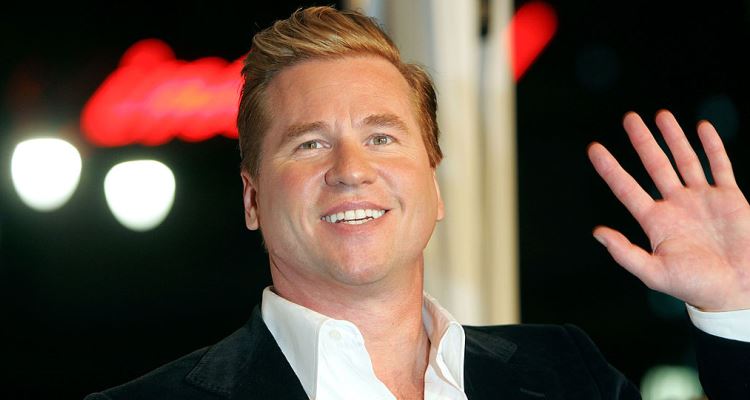 Michael Douglas has revealed information that Val Kilmer is battling oral cancer. Although Kilmer has previously denied he is ill, multiple reports say Douglas told host Jonathan Ross at Sunday’s Q&A in London, that Kilmer is “a wonderful guy who is dealing with exactly what I had, and things don’t look too good for him.” He added, “My prayers are with him. That’s why you haven’t heard too much from Val lately.” Val Kilmer’s oral cancer allegations are yet to be confirmed by the actor himself, and people are going back to the story in 2015 when Kilmer was admitted to the hospital. What happened back in 2015? Did Val Kilmer smoke? Here’s what you need to know. Disclaimer: Until Kilmer or his representatives make a statement on his health, all reports are still just speculations.

What is Oral Cancer?

According to Web MD, oral cancer appears “as a growth or sore in the mouth that does not go away.” Oral cancer includes cancers of the lips, cheeks, tongue, floor of the mouth, palates, sinuses and throat (pharynx). If it is not diagnosed or treated early it can be life threatening. Symptoms of the disease include swelling or thickening of the areas, lumps or bumps, and rough spots on the lips, gums, or other areas in side the mouth. Unexplained bleeding in the mouth, numbness, tenderness or pain in any of those areas, or a feeling that something is caught in the back of the throat are some of the additional symptoms.

In January 2015, Kilmer was rushed to the UCLA Medical Center to undergo tests for a possible tumor in his throat. His representative, Liz Rosenberg released a statement about his condition saying, “Film actor Val Kilmer is currently undergoing tests at a Los Angeles Hospital for a possible tumor. . . According to a family friend and spokesperson, the doctors are encouraged by his progress and are hopeful that Mr. Kilmer will make a full recovery.” The statement also said Val Kilmer’s kids, Mercedes, 23, and Jack, 21, were caring for him. Kilmer later responded to the incident after he was released in February denying he had any tumors, tumor operations, or any operations whatsoever and said he simply had a complication. 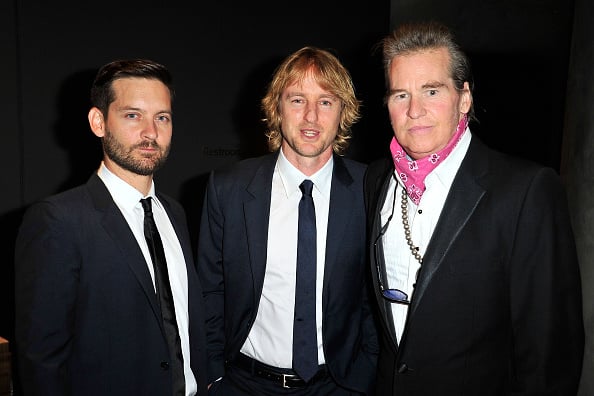 Later in October 2015, reports surfaced that Val Kilmer was hospitalized again, after being rushed to the Intensive Care Unit (ICU). Quickly after that, he went on Facebook and wrote, “Thank you all for your love and support. There’s a rumor I’m unwell again and in hospital which is totally untrue. I was in to verify I have no tumor or infection of any kind which was verified by the very caring experts at UCLA.” Shortly after this he was released and sent home.

Speculations of Kilmer’s health also arose as photographs were taken of him wearing a tracheostomy tube. Fans also began to wonder why the actor often wore large scarves and bandanas around his neck. Val Kilmer’s recent photos, however, show the star to be in good health.

With news of his possible illness surfacing, people have been asking what religion is Val Kilmer. The actor attended Christian Science School Berkley Hall in Los Angeles until grade nine, before moving to the Hollywood Professional School. He later became the youngest person at the time to be accepted into the Drama Division at Juilliard School. As he grew up, he held onto his beliefs and is known to be a devout Christian Scientist. In 2002, he worked on a film about Mary Bake Eddy, the founder of the Christian Science Church and Mark Twain, one of her most famous critics. The film is still in the making.

People have been asking if Kilmer smokes—it is unconfirmed if the actor smoke to this day, however, when he was preparing for his role as Jim Morrison for The Doors (1991), he said around that time, “I listened to a lot of records. I smoked quite a few cigarettes and that—the smoking—stayed with me unfortunately! And I copied his voice in much the same way as I would learn an accent. With a lot of work, I got it. I found Jim’s voice. Whenever people see me singing, it’s really me singing. It’s live.”