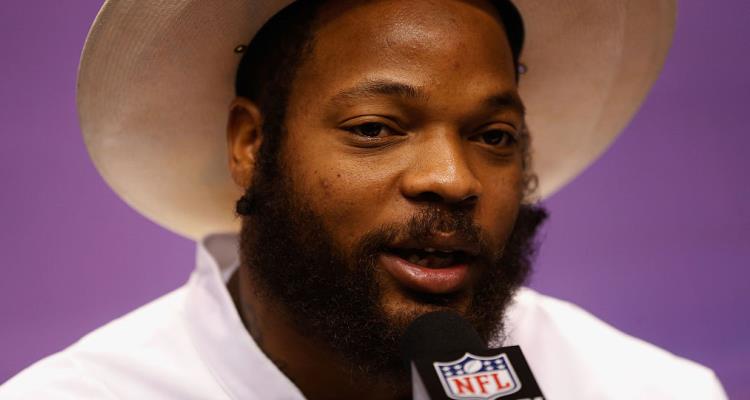 Michael Bennett, Jr. was born on November 13, 1985, in Avondale, Louisiana and he graduated from Alief Taylor High School in Houston, Texas before attending Texas A&M University. Michael Bennett’s wife is Pele Bennett (whom he met in high school) and they have three daughters: Ollie, Peyton, and Blake. He currently plays for the Seattle Seahawks and his net worth is estimated to be $17.0 to $19.0 million.

After the fight between Floyd Mayweather and Connor McGregor ended, Bennett described what sounded like a gun shot, which caused everyone to run. But police officers only yelled at him to get on the ground. Once his identity was confirmed, he was released, but Bennett decided to take to Twitter to discuss the incident further.

“A police officer ordered me to get on the ground. As I laid on the ground, complying with his commands to not move, he placed his gun near my head and warned me that if I moved he would ‘blow my f—ing head off.’ Terrified and confused by what was taking place, a second officer came over and forcefully jammed his knee into my back making it difficult for me to breathe. They then cinched the handcuffs on my wrists so tight that my fingers went numb.”

“My life flashed before my eyes as I thought of my girls,” Bennett said. “Would I ever play with them again? Or watch them have kids? Or be able to kiss my wife again and tell her I love her?”

Bennett also wrote a lengthy letter that detailed his wrongful arrest in Las Vegas and in the letter, he concluded that he has hired Oakland Civil Rights Attorney John Burris and is filing a civil rights lawsuit.

He was Seated for the National Anthem

Like Colin Kaepernick, Bennett has taken a stand by sitting down during the national anthem. While many are on polar opposites on this controversial move, Bennett spoke to Yahoo about his decision.

“When you get in the position on a platform where you get a chance to give back and create opportunities for others, that’s where I want my legacy to be,” he said. “Over the last four or five years, my story has been shared more than in the past. I want to create opportunities for others. I want to raise the bar about what we can do as athletes and people. I think that’s where I want my legacy to be and that’s where it has been cultivated.”

The issue of race has always been an issue and Bennett isn’t the only African-American celebrity that has suffered at the hands of prejudice. A while back, LeBron James spoke out about racism. Kaepernick is still being criticized for his stance on the issue, to the point where many believe that it’s the reason he hasn’t been signed to another contract.

Check out the video below to see exactly what went down as Bennett was arrested.