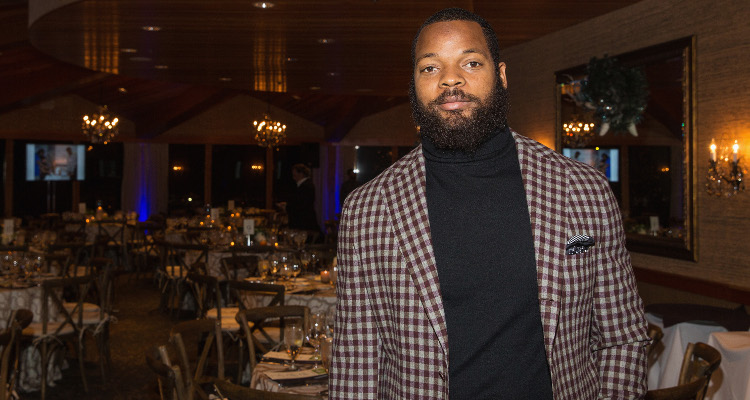 The thrilling night of the Floyd Mayweather vs Conor McGregor fight took a dark turn for NFL Pro, Michael Bennett, who almost feared he’d never see his family again. This episode encouraged him and his wife to take a strong stand against racism.

Pele Bennett is a native of Texas where Michael moved from Louisiana. He went to Alief Taylor High School and met Pele Partsch. They have been together since they were 14, dating since their sophomore year of high school. They tied the knot in 2012, at a wedding in Hawaii which is where Pele was born. The couple love the islands and have settled there with their family since Michael purchased a mansion worth over $4.0 million in Hawaii.

She has Samoan heritage and comes from a diverse family. As Michael put it, “Every time I go to my mother-in-law’s house it’s like a map of the world —everyone has married someone from a different country; it’s true diversity.”

They Run the Foundation Together

The Seattle Seahawk founded the Bennett Family Foundation which advocates healthy living through gardening and growing your own produce. It also provides families with the knowledge and resources for gardening without cost. The foundation also encourages gardening as a resourceful activity for youth in juvenile detention. The organization’s mission is O.C.E.A.N.: Fighting Obesity through Community, Education, Activity, and Nutrition.

All smiles last night at the @thebennettfoundation fundraiser! ? Thank you for a successful night!

Pele is the one who has a passion for gardening. The mom of three maintains a garden in the family’s backyard. Together with her daughters —Peyton, Blake and Ollie— she grows zucchinis, carrots, and tomatoes, among other veggies, which they use in their kitchen. Bennett’s daughters are also active with the foundation including contributing to the website and brainstorming creative events.

It's Wednesday, half way there. When you want to quit but you fight that extra bit, it's your magic moment. Keep pushing and grinding, hard work always pays off! Good vibes only! ??

They Abandoned Their Dog

While Michael and Pele help a lot of people, they faced some flak for their treatment of dogs. The family owned a four-month-old boxer puppy when Michael was playing for the Tampa Bay Buccaneers. But when he signed for a second stint with Seahawks, the family moved from Florida to Seattle and abandoned their dog.

They left the puppy named Koa at a Tampa Bay canine daycare facility and never came back for him. The poor canine spent a year at the facility while racking up a bill worth $5,000. And the Bennetts didn’t return calls from the facility regarding their puppy. The facility gave Koa to a dog rescue organization so he could find a new home. But the troubles didn’t end there.

The facility sued Michael and his wife for not paying the money owed. A judge ordered the Bennetts to pay over $8,000 in compensation which the couple disregarded. That added to their offenses and the judge ordered them to pay $15,000 for contempt of court. Koa is now Quigley after being adopted by another family.

❤️my favorite human. I repeat, at the end of the day we are all humans. Thank you to everyone's kind words and support for my husband and our family??